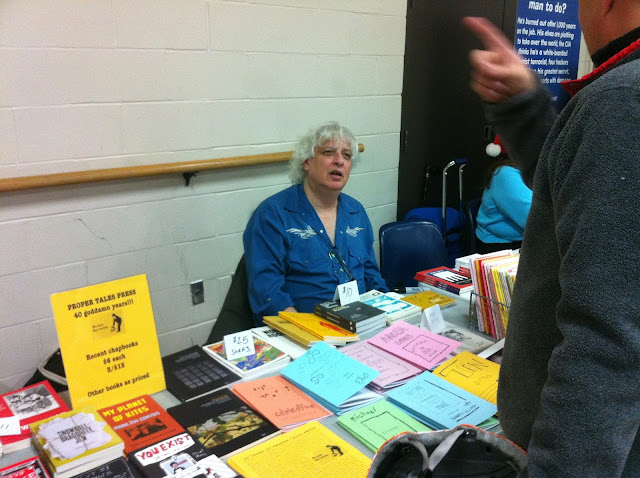 Now do you see why we had to purchase a house? I have so many chapbooks and ephemeral what-nots [see my first post on our 25th anniversary fair here; the second post here; my fifth post on the Meet the Presses Indie LiteraryMarket here; my posts on the Toronto International Festival of Authors’ Small Press Market here]. And you saw my recent post on who came to our first fair way back in October, 1994, yes? 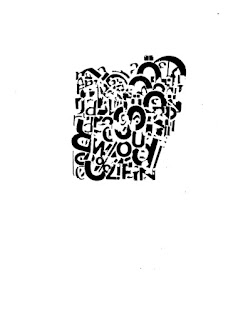 Burlington/Kingston ON: Kingston writer and publisher Michael e. Casteels is becoming quite known for his work in small forms, one of the few contemporary poets I’m aware of focusing on such compactness in both text and visual works (other examples might include jwcurry, bpNichol and Gary Barwin, all of whom work or have worked with such, but not at this level of focus). Some of his text pieces were assembled to produce his first full-length collection, The Last White House at the End of the Row of White Houses (Halifax NS/Picton ON: Invisible Publishing, 2016) [see my review of such here], and I’ve been curious to see if there might be a subsequent volume focusing on more of  his visual works. For now, his latest publication is & Jetsam (Simulacrum Press, 2019), an assemblage of five visual poems described as “a loose-leaf collection of letraset concrete poems printed on 4″x5.5″ pieces of 100lb cardstock. Published in an edition of 45 numbered copies.” Casteels’ work clearly shares deep affinities with poets such as Cameron Anstee and the late Nelson Ball for their attention to the small, the densely-packed and the intricately detailed, so Casteels’ ability to shift this aesthetic towards visual work is quite fascinating. As Casteels himself writes of the work, included in the online catalogue copy:

& Jetsam is one half of a two-part visual poetry collection, with Flotsam (forthcoming from Timglaset) being the other half. Jetsam describes debris found in water deliberately thrown overboard by a crew in distress (often to lighten the load of a ship). The pieces for this collection were composed with a very limited set of Dry-Transfer sheets, which I purchased from Value Village. Presumably, they were donated by someone who was cleaning house, so in a way, the sheets themselves felt like Jetsam, floating through the thrift shop. The more I used each sheet, the fewer letters they contained, and the lighter they became. Now they are as transparent as the water on which a small vessel drifts slowly away, leaving these poems to be discovered by you.

Brooklyn NY: A slightly older title from Doublecross Press is O TOWN HEIGHTS (2012) by Chicago poet and editor Dolly Lemke, produced as a chapbook-length sequence of eleven fragments [I wrote of her briefly here, but this is the first solo publication of hers I've seen]. As the note at the back of the collection reads: “O Town Heights is an erasure/collage project. Text taken from Thornton Wilder’s Our Town, Emily Brontë’s Wuthering Heights, and Ayn Rand’s The Fountainhead.” I’m amused to pick up a copy of this in Ottawa, given one of the nicknames to the city has become “O-town” (especially given the invention of the O-Train), and the effect of the poem, which gives the impression of being composed as a series of quick sketches, is intriguing. Out of three very different texts, Lemke provides a through line of home and being, of interaction and geographic foundation.

THE ONLY COTTAGE IN THE DEPOT
NATURALLY THE LIGHT IS DOWNSTAIRS

O TOWN HEIGHTS is the first of Lemke’s chapbooks, followed by I’m so into you (plumberries press, 2013), Wyoming (dancing girl press, 2018) and DUET DUET#4 (with Kelly Lorraine Andrews; pitymilk press, 2018), and I’m intrigued enough by this that I am curious to know what some of the rest of her work looks like.

WE WROTE UP ALL THAT