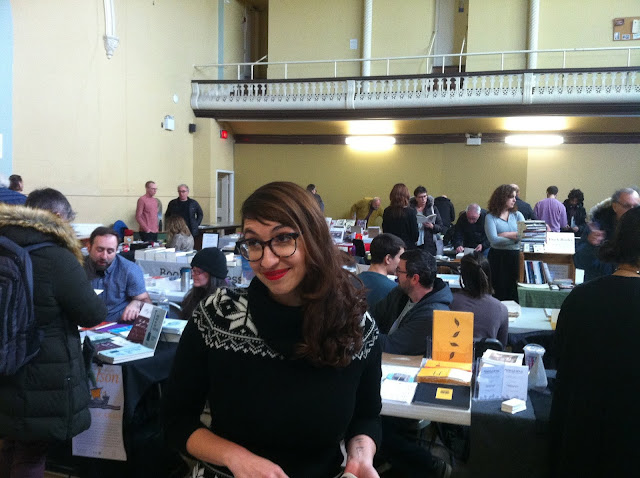 Brooklyn NY: One of the latest titles from Brooklyn publisher Doublecross Press (who were attending their first Meet the Presses Indie Market this time around) is Angela Hume’s meat habitats (2019). As the “note” at the back of the collection offers: “Some language here is adapted from reports on allegations against Harvey Weinstein and Brett Kavanaugh; a report on health effects of dramatic societal events; reports on dairy and global whey protein markets; language describing a project of the Terreform architecture group for smart city design, ecological planning, and art; and other sources.”  meat habitats is an absolutely stunning chapbook-length sequence built on parse and pause, hesitation and abrupt stops; a meditation on and around language and the body, and the violence done to and upon both, one often wrapped up around the other, as she writes, mid-way through the chapbook:

you thought your body was your own

no sentient being
was harmed in

laboratory growth
of the skin

more or less stable    victory
in the unlikely history

of something
and not nothing

things we never should

Cobourg ON/Banff AB: One of the latest from Stuart Ross’ Proper Tales Press is Banff, Alberta poet, editor etcetera Derek Beaulieu’s small chapbook, Extispicium (2019) [see Derek's piece celebrating 40 years of Proper Tales Press here, by the by], an excerpt of which appeared in his selected poems, Please, No More Poetry: The Poetry of derek beaulieu (WLU Press, 2013). While I don’t know the specific structure he was working with in this extended prose piece, one might suspect, from being aware of some of his previous work, how it might have been composed through a system of recombining materials from a particular source text (and potentially from his own biography, given the suggestions put forward in this particular excerpt). Either way, the prose is an entertaining rush, and something I could hear, slightly, in the voice of (as this text, somehow, insists on being read/heard aloud) the publisher of this wee title, Stuart Ross. How did that happen?