Jamie didn’t seem to share the hunger and humility of his colleagues.

In fact, Rich couldn’t remember one instance when Jamie had challenged someone on theirs.

Some basic element of authenticity seemed to be missing in Jaime.

Tom and the others saw Jamie as a symbol of Rich’s trust.

Rich knew his intentions were good.

Rita seemed to be waiting for Rich’s next sentence, so he continued.

Rich could feel the gelatin he was walking through begin to solidify.

Rich didn’t catch on, so she explained.

Rich considered it, then nodded as though he had no choice.

Rich came to value these sessions more and more. 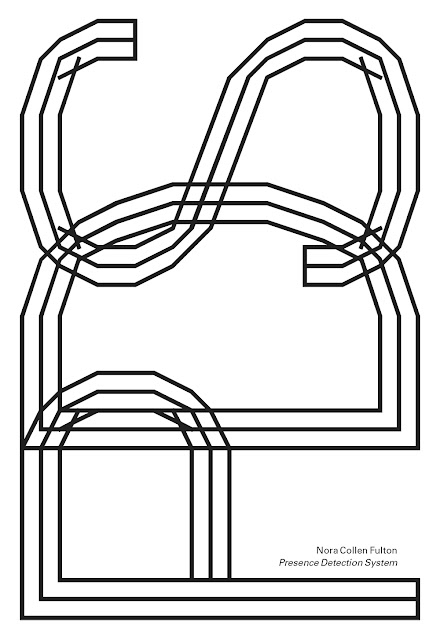 The author of the poetry debut Life Experience Coolant (BookThug, 2013) and forthcoming Thee Display (produced as part of the Documents Series, Center for Expanded Poetics/Anteism Books, 2020), Montreal-based Fulton “currently occupies herself with doctoral studies; her research attempts to apply debates in philosophy regarding the relationship between ontology and mathematics to the ontological stakes of trans studies.” Composed as much via accumulation as collage, Fulton writes on shifts and visibility, androgyny, expectation and hiding in plain sight. As she writes as part of the prose-essay “Big Stimmung”: “What is it like to be here, to be present, to really dwell, to be thankful for the now, to embrace the now, to accept the embrace, to open the heart, to open the shutters, to open the blank, to surrender as a kind of giving?” This is a complex, expansive, and at times, overwhelming, collection, one that demands a great deal of attention, but an attention that will certainly be rewarded. In a brief end-notes at the back of the collection, Fulton writes on the first section, “Personal Kanban,” from which the above poem is lifted:

Personal Kanban
combines material from a series of novelizations of management guides with images from a manual for introducing the Japanese logistical approach called kanban into a variety of contexts. In a kanban organization structure, people take on tasks or begin new steps in a fully mapped-out process when they are available to do so, rather than on command, which is intended to lead to autonomic discipline on the part of individuals. What this actually does is shift the focus from production to the production of the availability to produce.