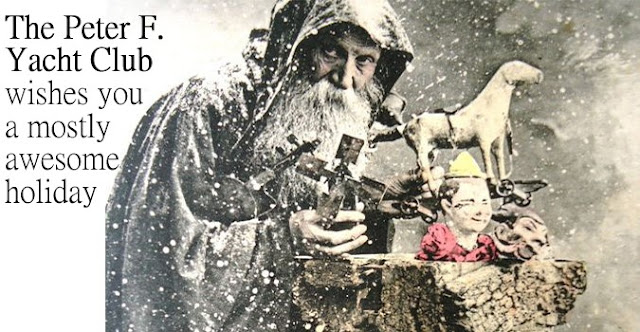 And what are your plans, for the last night of the decade?

Montreal QC: Montreal poet, critic and editor Sina Queyras has long been known for exploring the shape, meaning and purpose of poetry in their work, questioning what a poem should or shouldn’t be doing, and what might still be possible. Their latest title is the chapbook SWELLES (Montreal QC: Vallum Chapbook Series No. 28, 2019), a poem of grief and experience, of poetics and purpose; of attempting to ground, live positively and live effectively, passionately and responsibly. The thirteen poems in this extended sequence are rife with self-examination, from parenting and teaching to the purpose of writing to climate change, silence and attempting to live as a responsible citizen. There is an awful lot packed into this accumulation of lines, and I would be curious to know if this might be part of a larger manuscript.

Dear Siri, can you thank the millennials
for understanding that they no longer need
to manage the status quo? For insisting on pronouns?

Can you announce my own pronouns? How are
people reading my gender? Have I achieved maximum
alignment between inside and outside expectations?

Is this poem pretty? Is it even a poem? Am I even
a person? Why is “I” still important? Would I
survive my own “risk triage”? Should I invest in

Has big oil branded her potential in the new old world?
Have I become cynical? Is cynical cynical? What
happens when Roxane Gay starts deleting tweets?

What if impeachments fails? Why are people posting
photos of each other dressed as formal gardens?
Have I found new levels of optimism to counter new

levels of end times? Have I accepted that every thing
I thought I was learning to serve me later is now
later and poorly serving me? Can poetry illustrate

the difference between optimism and inspiration?
What is harder, more solid, than truth? I walk
with two natures in me, one more flawed

than the other. Having come all this way,
I just want to feel okay about being alive.

Cornwall UK: I am very taken with British poet Astra Papachristodoulu’s latest, the chapbook/pamphlet Stargazing (Guillemot Press, 2019), a collection of twenty-two poems that play with image, space and sound, staring up at the sky. Composed as poem-blocks, the pieces here are deceptively straightforward, managing a complexity as fresh as a breath. Where might I find more of her work?

out of candlewax and feathers
some break free from the eye
and float around toward the
birth of synthetic gods and the
shifting sands of gravitational
possibilities metal-rich enough
to form rocky planets and
other friendly messages that
often call you to sea, only to
drown you with their song