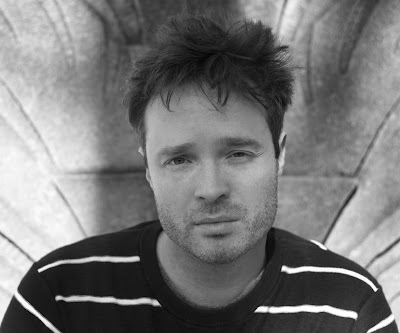 Sean Braune is the writer of Dendrite Balconies (2019) and Language Parasites: Of Phorontology (2017). He recently completed work on his first feature-length film, Nuptials.

My first chapbook felt like a relief because it gave me a sense of a publishing trajectory and I started to read my own work differently. It also told me what to change when I was preparing those poems for publication in book form. I saw “mistakes” or other aspects in a new light. I’ll let you know how my first poetry book feels (it comes out at the end of this month—September 2019—and it’s called Dendrite Balconies).

It’s funny because I came to fiction first. I usually write experimental fiction that looks more like poetry in many ways. Someone read an excerpt of one of these fiction manuscripts and suggested that I was writing poetry instead and that fiction publishing had moved away from experimental novels anyway.

I find writing to be relatively slow. First drafts look nothing at all like their final shape. I also don’t really use notes. I write in very intense bursts and then I edit for months (or, for some projects, years) and then, over a period of months or years, the project gradually resists me. That’s the point when it’s either done or it’s dismembered to a point where it no longer has anything left. It is no longer itself and probably can’t be finished. For this reason, some projects never come together. I keep working only if I have a feeling that a project can be finished….at some point.

Usually a poem begins for me with sound. I like strange collisions of words. I find that odd or atypical word collisions evoke emotions better than more conventional words and phrases. I do think words can be sculpted in a way that evokes a sensation or emotion. I worry about a sense being conveyed only secondarily, but sense is not “off the table” so to speak.

The primary concern for me is always linked to how language reflects or represents reality and the self or the self’s relationship to reality (however constructed that reality may be). This is by no means a new or innovative concern, but I think it’s important. I don’t think the question of linguistic representation has been pushed as far as it can be, but I have seen a departure from this in recent years.

I really hope that writers and artists can be the rebels or heretics that are swimming against the tides of normalcy and so called “common sense.” I don’t know if that’s necessarily the case. I think writers and artists need to remain true to whatever it is that they are doing.

This is a tough question: I like outside editors, but I have one proviso—the editor needs to be sympathetic to whatever the genre or style or goal is. What I mean is that in academic writing you often face some pretty unsympathetic readers, which is actually fine because academic writing is a pretty broad genre in many ways. Actually, so is poetry. Come to think of it, I can’t think of a medium that isn’t very broad. This broadness is good, but the trick is to find an editor who is, first and foremost, sympathetic to the goal of the work. Once that happens, then I think the rest becomes pretty clear.

Sometimes you have to roll the hard six.

10 - How easy has it been for you to move between genres (poetry to critical prose)? What do you see as the appeal?
I move constantly. I like the shifts in thinking and stylistics. Any genre can become burdened by its own internal limitations. Therefore, I try to keep shifting because it keeps thinking and writing fresh.

I used to write very consistently on a daily basis. I’ve been feeling a fair amount of burnout lately so now I write about three days a week in very short bursts of 2-hour increments.

I turn to a different project and then, when the writing there gets stalled, I return to the other project. I basically juggle projects in this way in what is likely a futile effort to remain productive.

This is hard to describe because everyone’s home smells a little different. My home as a kid had that unique smell and I don’t know what it is or how to describe it. It’s incredibly vague in many ways, but when I smell it I know it. Maybe it’s some kind of cleaning agent—I don’t know.

Books give birth to books—definitely! Film is a big influence. Bad TV. Music is a huge influence. I listen to it a lot and, since the age of 18, I’ve played guitar on a daily basis. I feel like film, writing, and music are each attempts to solve puzzles or create sculptures out of matter that is normally considered “immaterial.”

17 - If you could pick any other occupation to attempt, what would it be? Or, alternately, what do you think you would have ended up doing had you not been a writer?
I’m trying to do those other professions at the same time because it’s very hard to make a living as a writer: filmmaker and “professor”…currently sessional course instructor.

I’m trying to place my first feature-length film, Nuptials, in a film festival. I’m also working on a novel about my grandfather’s life and war experiences.