THROUGH GOLDEN AGES GIRLS LODGE TOGETHER

Cranbrook, British Columbia poet nathan dueck’s third full-length poetry collection, after the collections king's(mère) (Turnstone Press, 2004) and he’ll (Pedlar Press, 2014) [see my review of such here], is the wonderfully playful A Very Special Episode (Hamilton ON: Wolsak and Wynn, 2019), furthering a shift in content that has been developing for some time into nostalgia and popular culture (see also: his 2013 chapbook @BillMurrayinPurgatorio from above/ground press). As part of his 2014 Touch the Donkey interview, he spoke of the project, then still a work-in-progress with a very different title:

My work-in-progress is tentatively titled “CRTC.” (I'm not sure that I’ll get away with that title.) I’m writing a series of poetic forms and modes about pop culture, but culture that isn’t really “popular” anymore. These are old-timey poems about cartoons, comic books, magazines, video games that have become the white noise of my mind. As I age out of the 18-35 demo, I’m becoming nostalgic for the late ‘80s / early ‘90s static – I can no longer ignore the culture that informed the lifestyle of this slovenly “indoorsman.”

You’re right to point out that I tend toward writing book-length projects. Previously, I’ve written with one eye on the book as a unit of composition, but I’m trying to stop. I’d like to think of “CRTC” as more of a “greatest hits” package, which means I’m focusing on each poem as part of a collection. Who knows, it may turn out to be a book that readers tirelessly flip through like channels during commercial breaks. 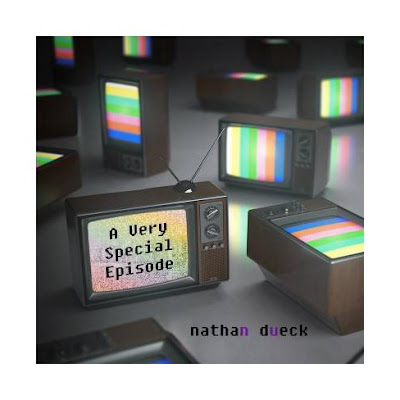 There is something quite refreshing in how this work joyfully acknowledges how deeply immersed in television and pop culture some of us are and have been, a tension I’ve also been aware of over the years as a literary writer (my own immersion in comic book culture is some 10,000 titles deep); as though somehow those of us who are literary aren’t allowed to be engaged in what is so often deemed “low culture” (pop culture, comic books, wrestling, etcetera). The collection is both confusing and wonderfully produced, designed to mimic the classic TV Guide, and dueck engages with numerous, familiar tropes, from the title itself to references that might not be so obvious, unless you are of a certain age, such as the poem “HEARING THE WEEKLY SECRET LETS ME SCREAM,” for example, that refers to a regular feature of the Saturday morning show Pee-Wee’s Playhouse (1986-1991). The blend of pop culture and tight lyrics composed in formal structures are reminiscent of the sonnets of Montreal poet David McGimpsey, but there is something far more absurd in what dueck is doing, allowing, in a certain way, for the ridiculousness of composing poems on the sitcom Golden Girls, or Knight Rider, You Can’t Do That on Television and Droids. This book refuses to take itself too seriously, yet manage lines so taut and vibrant one could bounce a quarter off of any of them, such as the poem “A HOOT,” that begins: