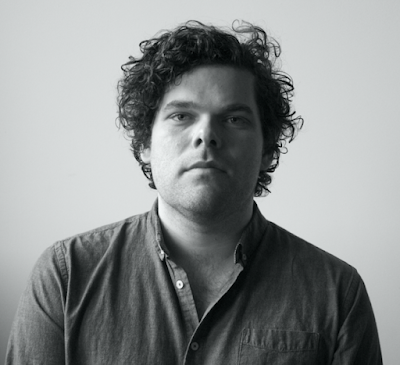 William Vallières is a Montreal poet. His work has appeared in The Best Canadian Poetry 2019, The Walrus, Event, and Grain. His first book, Versus, is out with Véhicule.

My first book, Versus, has just come out, so it’s hard to measure its impact. For now, though, apart from small secretarial stuff like having to answer more e-mails, I feel a pervasive sense of “you wanted this? well, here you have it”, with its concomitant mix of accomplishment and melancholia, when you come to realize that desire, the dumb drive for the thing, is almost more important than the thing itself.

As for the difference between my previous work and what I’m doing now, less fuckery I hope.

Rock and roll. I only started writing when I reached my thirties. But a hell of a lot of albums were absorbed in the meantime.

Poems come slow and painful; drops gnawing on stone. Rarely do they come in their final form, but when they do, it’s cause for dance. Usually, it’s a process that takes months, years. A long whittling wind. And I’m wary of those who claim otherwise.

Versus came poem by poem. It didn’t have a deliberate thread. It’s most unifying feature is it’s “production,” if you want to think of it in term of albums. Then it was honed to a vision, a process my editor Carmine Starnino played an important part in.

The new project I’m approaching much more as a “book” — it has a deliberate arch, the poems are more interconnected, “characters” recur. That being said, it still remains fragmentary. I think it’s important for poems to be able to stand on their own, to not be too overdetermined too strictly. The songs in The Who Sell Out can all be enjoyed on their own. The concept enriches the individual parts, of course, but it shouldn’t come at the expense of the parts. At the end of the day, I’m writing poems, not poetry. Every poem should be able to be a single.

Counter. I enjoy doing readings, but when they rear their horns, my writing goes fallow for a few days. More beer is poured. I go Garbo: just leave me alone. But — how it affects me is irrelevant, really. Poetry is an oral art, a public art, second only to music, so it has to stand up to that, absolutely.

Theory is important in helping us understand reality. I read theory and philosophy avidly. But I think, in the end, they’re for the daytime. Poetry is for the nighttime. Poetry is about “always working / beyond your own intelligence,” as Les Murray put it. Calvino talks about keeping your cards close to your chest.

The role of the writer should be to remind people how to be free. Gary Snyder said: “Three-fourths of philosophy and literature is the talk of people trying to convince themselves that they like the cage they were tricked into entering.” Poetry should smash the cage and build a nest instead.

In my case, essential. Not only did Carmine reign in the book’s vision  (a vision that only got more myopic with time), he also taught me indirectly how to edit myself in the future. I’ve internalized his editing and have applied it to my writing, almost as a second nature. I wonder what he’d despise (but never what he’d like). I spot the fluff quicker. It saves time.

Love your neighbour, but keep your hedges high.

I have to write every day or else I get flustered, I start to sweat in perfectly temperate places  such as the checkout line in the supermarket or at home as I wash the dishes because why am I wasting my time on this!? The “this” doesn’t matter. But if I write every day, the feeling sort of lifts.

Translation. Every poet should translate. It’s like the nutrients from the bottom of the sea that rise to feed the surface. It’s the subconscious that nourishes the conscious. You can read a poem, you can talk about it, you can do a powerpoint on it, you can deconstruct it to shit — translation is different, it’s the only way you can understand it to its life-giving marrow.

Music and movies. Music for the way it proceeds, the way it unfolds, its storytelling if you will. Movies for the sex and death.

I’d prefer to stay at home.

A mailman, or the keeper of a sizeable park.

I came to writing accidentally, but a part of me also doesn’t believe in accidents. Be faithful to your desire, Lacan says. At this point, writing has fused with my death drive; I can’t imagine another way forward.

Madame Bovary. The movies Personal Shopper and Clouds of Sils Maria were great.

A book of poems about my grandfather, the inventor Jean St-Germain.

Posted by rob mclennan at 8:31 AM
Labels: 12 or 20 questions, Vehicule Press, William Vallières