some of our christmas etcetera

I'll admit I've felt breathless the past year or so, given some of our circumstances. Christine's health, for example, which have had her off work for months (she returns, slowly, beginning next week) and my father's February ALS diagnosis, which has had me caregiving various weekends. I am behind and I am behind and I am perpetually behind. But we persevere. We push through.

Why do we fall sir? So that we can learn to pick ourselves up.

Although it feels a bit selfish to suggest anything along those lines. I am not the one sick. At home, we are here. Rose and Aoife now have a bunk bed, finally. It was Rose's request, although we had to confirm that she understood that it meant neither of us could lay down with her at bedtime anymore. She understood. Yes, yes. She did, she said.

When Aoife saw it, a yell we could hear through the house: I LOVE IT!

This year, for the weekend prior to Christmas, we did our usual Montebello jaunt with father in law and his wife, heading the hour or so east into Quebec for our young ladies to run around and to run around (this is where we were as our handyman painted the girls' room and put together said bunk beds).

We also managed to catch that new Star Wars flick, just before the school break; we'd scheduled for noon on the last Friday of school, but Aoife home sick (fortunately, mother-in-law was able to watch her while we went to see it, home in just enough time to collect Rose from school). 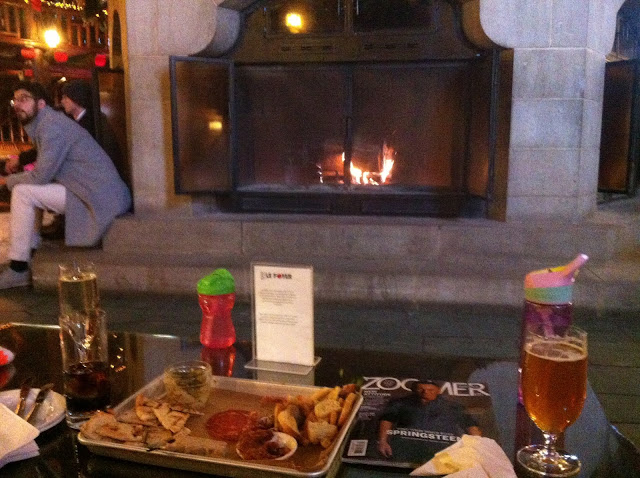 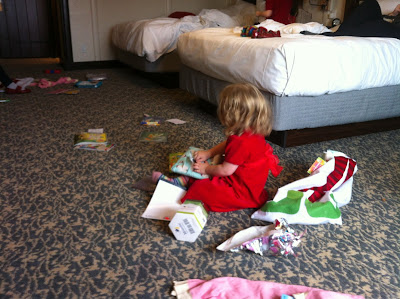 Montebello: we sat by the fire, we had drinks, the children explored. We saw Michael Blouin and his family, quite randomly. There for a few days as well.

The young ladies spent some goodly time, and we were even allowed a solo dinner, once the children were fed, and Aoife asleep (father in law watched a sleeping Aoife in our room, and Teri kept Rose, who was wired for some reason; Rose decided she was staying the night in their room, which was fine).

We even wandered outside for a while, including through the curling rink, where Blouin had been for a bit. Should we attempt this next year? 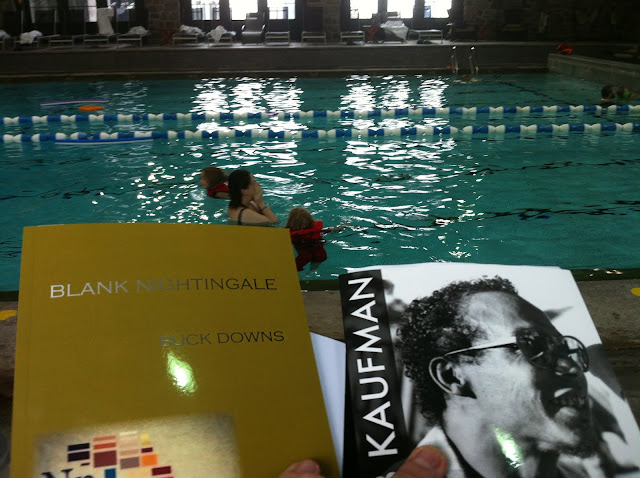 The next morning: Christine and the girls swam in the pool as I read, or attempted to. At least managed a few things flipped through. The introductions to this new Bob Kaufman volume, which is pretty interesting. Have you seen this? 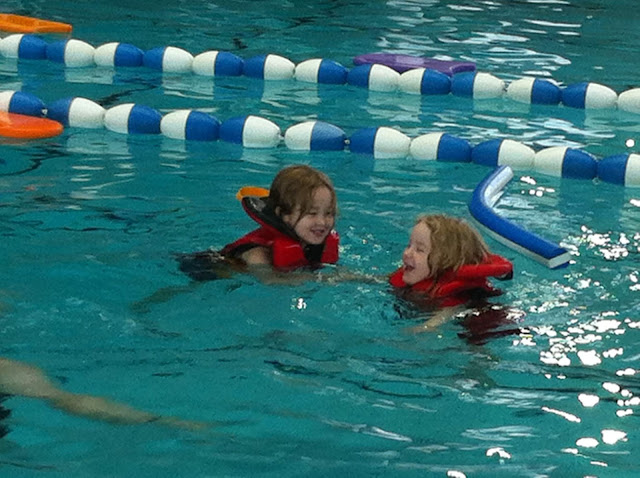 The young ladies, awash in their lifejackets.

And then we home without incident (which is always nice).

The next morning, Christmas Eve-Eve, we made for the farm for two nights, which included allowing my sister a break from caregiving our father, as well as a respite from having to host Christmas dinner, which we always do on Christmas Eve. 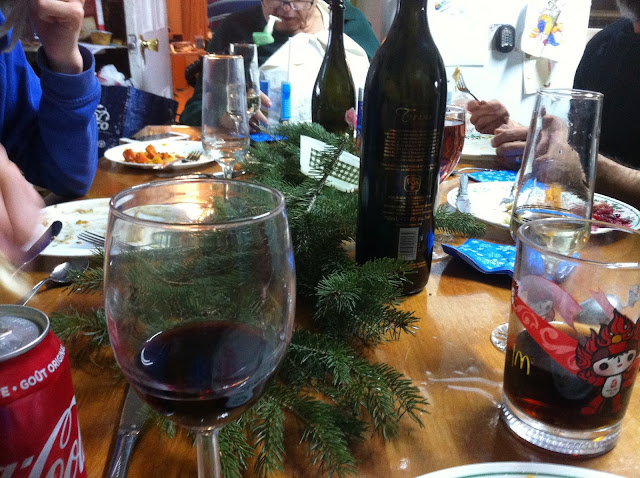 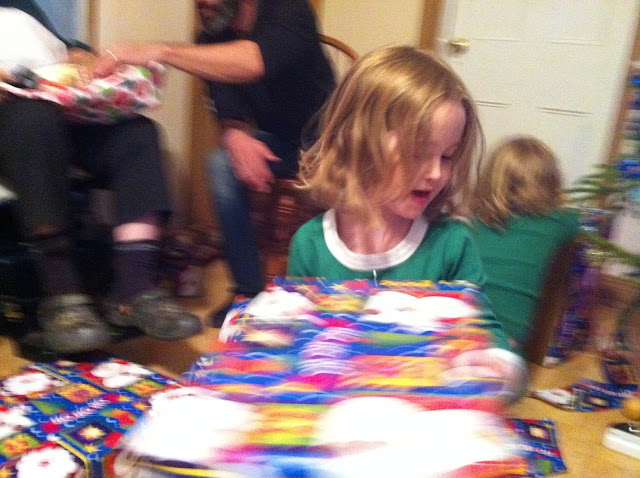 Everything on the farm went far better than expected, although none of us really slept properly (I rarely sleep properly on the farm, wishing to remain alert in case required, as I sleep with the baby monitor to listen for him). Kate wasn't able to make it this year, which was a bit frustrating (caught up in the schedule of a new job), but we managed.

It did feel as though the young ladies were in constant motion. 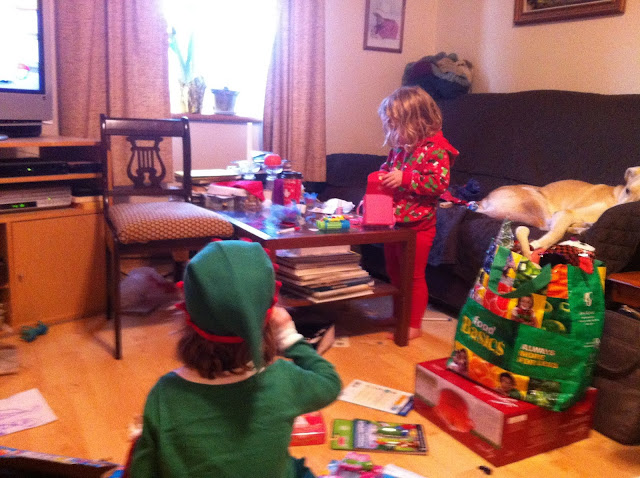 Christmas morning: we couldn't even remember the last time my father would have witnessed children tearing through stockings. Kathy's children? Or Kate, before Kathy had her first child? We don't even know. Some time, at least. They were up early, but we kept them in the kitchen until he awoke, and his medical assistance got him out of bed and up.

I told the girls they had it lucky: when we were young, Kathy and I not only had to wait for him to come in from the morning milking, but then for him to eat breakfast, before we were allowed into the living room. It was the only time we were allowed down the back stairs (from the master bedroom down to the kitchen). And he always took forever. 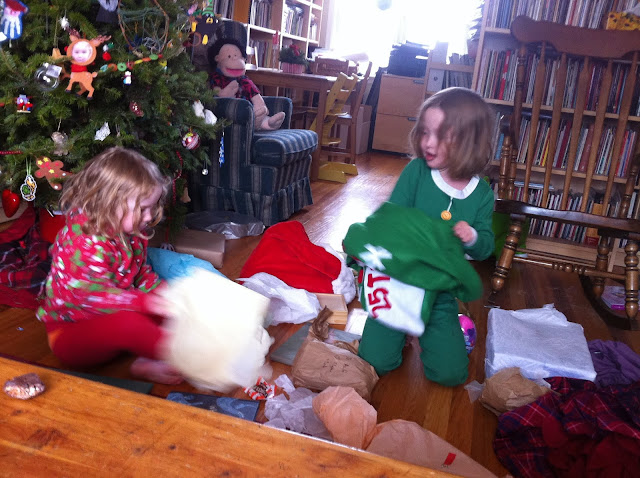 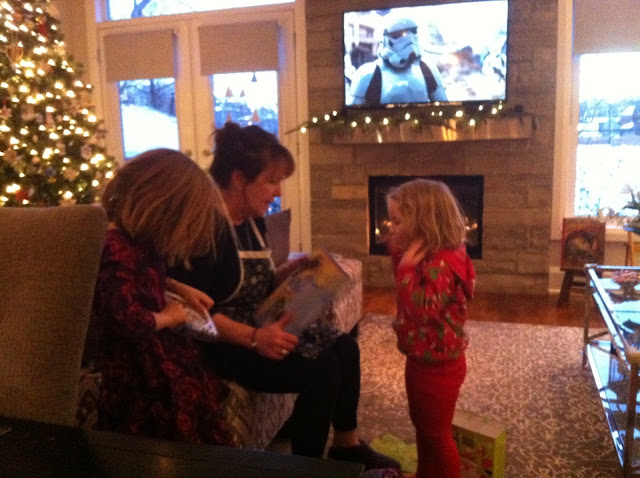 Mid-morning on Christmas day, we made for home for a couple of hours for the children to tear through further presents, before ending up at mother-in-law's house for dinner. The children ran around some more, put on costumes, opened up presents. Were hilarious (of course). 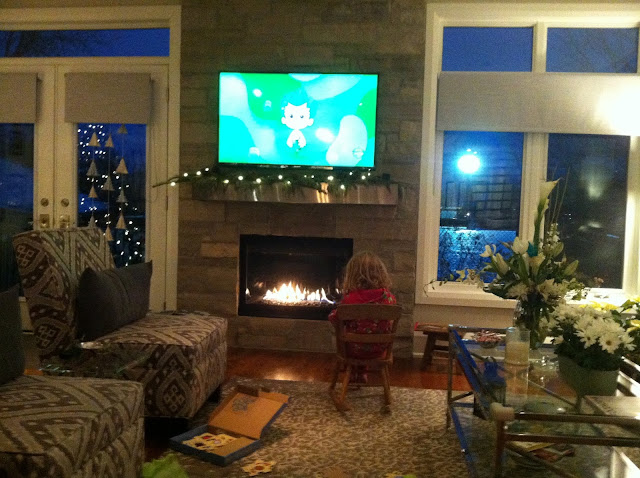 And for the following two days: we slept, (or at least, tried to: until the onset of our Peter F. Yacht Club event).