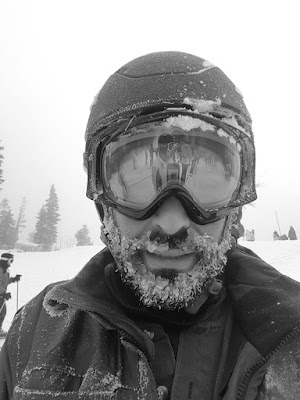 David Kloepfer lives in Burnaby, B.C. His first novel Cheap Thrills (Vancouver: Now or Never Publishing, 2019) was released on October 15th. He is at work on a second, third, and fourth novel.

I’d say the only thing it really changed is deepening my appreciation for my friends and family, who have been tremendously supportive and excited for me. My most recent work, being what I’m working on now, not Cheap Thrills, I think is quite different. I think it’s more spare and I’m using humour a little less.

I don’t know. I tried my hand at poetry a few times when I was younger, but fiction and novels have always been what I wanted to do. I wrote most of a novel in high school. Thankfully, it and the poetry died with some hard drive or other many years ago. What I was reading was novels, so that’s what I wanted to write.

To start doesn’t take very long. On the plane to and from Europe recently, and in a few evenings on my vacation there, I wrote the germ and first few chapters of another book. Now, there’s two other novels I have to finish writing before getting to that one, so starting obviously starting isn’t the problem.

The process is slow for me. The first draft is really uneven. Some chapters will be nearly wholly formed, while others aren’t much more than word salad that I’m lucky to save a sentence or two from. I look at the final product as whittling down mounds and mounds of raw material.

Well I’ve yet to do one so I can’t really say. I can’t see myself enjoying it. I don’t want to hear myself read. Poetry readings make sense to me, fiction readings do not. I zoned out at the handful of prose readings I’ve attended. I’d rather just read the thing.

I’m not smart enough to answer many questions. I look at my writing as a way of asking them, or perhaps expanding on questions that already exist. The current questions are probably the same as they’ve ever been: the big why, the big how. I certainly can’t answer those.

Thankfully a little bit of good journalism still exists, and those are the answer-finders, and thank you to them. I’m not that, but that is certainly a role, and an important one. As above, I try to think of myself as a question asker. Primarily, though, I think my role as a fiction writer is to entertain.

This novel, Cheap Thrills, did not receive substantive editing from the publisher. They are a very small publisher. They essentially copy edited my book and went with what I had. The novel had earlier editorial feedback, as a draft was done when I was enrolled at Humber. That was challenging, and rewarding. I think such editing is probably essential. There was something liberating (and terrifying) about going to print with a book that was essentially entirely mine (it’s a substantially different book than it wasat Humber).

Just puke garbage on the page and form into something useful later. I still have to force myself to do that when I don’t feel like I have anything to say or am stuck in a draft.

On working days, I’ll get in an hour of writing after dinner as often as possible. On my days off, I get up, walk the dog, then sit down for lunch. Often I’ll get some exercise or do chores, then get back at it for a few hours.

Other books. Reading seems to get the motor going, pretty much immediately sometimes. If I’m not quite settled enough to write, I’ll read for a half an hour, and the flow of the words and sentences will act as a catalyst, hopefully.

Tomato sauce cooking on the stove.

Movies, perhaps too much. Video games now also. Nature certainly, living in B.C. But that books come from books is entirely correct, at least if they’re any good.

Well, there’s an endless list, but for Cheap Thrills in particular it was Donald Westlake, Charles Willeford, and Paul Quarrington. The first two made me want to write a crime novel, the second two made me want it to be funny.

Well I pay my bills working in a library, which is good work. If it hadn’t been for that I’d probably be working in a factory. I think I’d like to be a very good cook, but working in a kitchen sounds harder than I’m willing to put up with.

Compulsion, which I hear commonly. But I think I decided to be compelled to do it. I mean, who’s making me, really?

Gene Wolfe’s Book of the New Sun was the last piece of fiction I’ve been totally engrossed by, and that was earlier this year. I’m watching less and less film the older I get. I think Lost City of Z was the last movie I saw that’s really stuck with me.

Three different novels! If I get stuck on one, I move on to one of the others for a while, generally, but now I’m at the point where I need to plough through to the end of the one I’m currently working on so I can get it ready for the submission process.

Posted by rob mclennan at 8:31 AM
Labels: 12 or 20 questions, David Kloepfer, now or never publishing