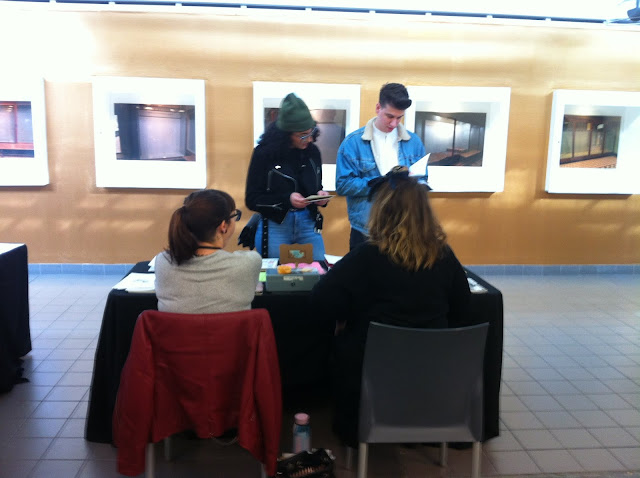 [Gap Riot Press (my table faced the back of theirs)]

See my first post on what I collected at the fair, here; and my second post here; and my third post here. Just how much did I even collect at this fair that you missed out on? There were so many things! And I am totally going to keep pushing these two other fairs: TODAY’S MEET THE PRESSES IN TORONTO and the 25th anniversary event for our own ottawa small press book fair nextweekend, on November 23rd (and pre-fair reading the night prior). I will see you at one of these events, at least, right? I mean: how can you resist such small press marvelousness? 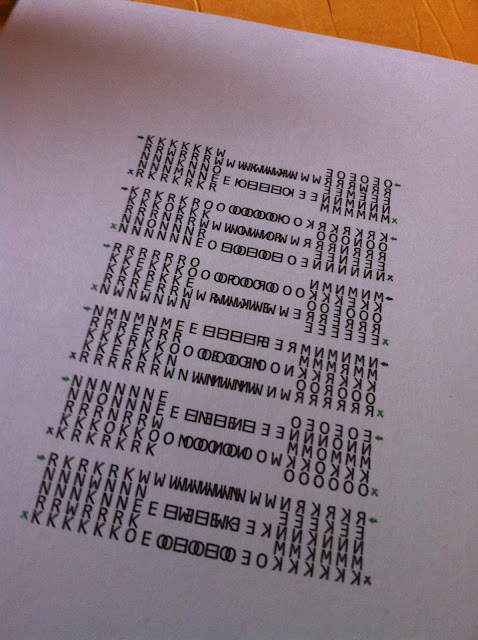 Ottawa/Burlington ON: Part of what I’ve found intriguing about Ottawa poet nina jane drystek’s work over the past couple of years has been realizing the wide range of experimentation and formal/stylistic shifts she’s been exploring. I think it was Chris Johnson who had pointed it out to me, how one can’t necessarily get a handle on drystek’s ongoing work due to the wild, experimental shifts from prose to lyric to visual to sound: she refuses, it would appear, to hold to the same structures for too long, more interested in exploration than positioning. One of her latest publications is knewro suite (Simulacrum Press, 2019), a triptych of works for multiple voices: “wokern 3vs, kewro suite part one [ three voices ],” “krownervs, knewro suite part two [ two voices ]” and “3 noks werv, knewro suite part three [ three voices ].” From the first to the third piece, the three threads exist separately but concurrently, weave into each other, and then exist, again, side by side but with short breaks of breath and space.

drystek has been working with Ottawa poet jwcurry for a while now through the most recent incarnation of his ongoing Messagio Galore sound poetry ensemble [see my report on an earlier incarnation of such here], and curry is great for bringing people out of themselves, as well as encouraging participants to bring new, original works to the group for potential inclusion. One thing I know, also, is how curry has discussed the difficulty, as well as the openness, of attempting notation for sound works, given the lack (perhaps deliberately so, in some cases) of any kind of standardization in sound poetry notational symbols (I suspect even to attempt such a structure might be near-impossible, although not completely impossible). The lack of such a standardization means that different performers might perform even a singular piece entirely differently. I would be interested in hearing this work performed, not only once, but multiple times, and listening to hear both the differences, and the potential repetitions between performances.

Vancouver BC/Toronto ON: Vancouver writer, artist and editor (including for The Capilano Review) Matea Kulić’s second chapbook, following Frau. L (Perro Verlag Books by Artists, 2016), is PAPER WORK (Anstruther Press, 2019). PAPER WORK is an assemblage of short clever pieces that play with formality, paperwork and perspective, turning the daily grind of office labour into something that concurrently twists into the directly surreal and absurd, even if just by speaking plainly of what has long been taken for granted.

By the time you arrive back at the office your feet are soaked.
The sky—verging
opened up on top of you.
At your desk, the big left toe peeled off the right sock, the big right toe peeled off the left.
A man was washing himself in the window of a rundown shop—you recall now—
Rubbing the sleep from his eyes as you passed by & continued
on the way
to your livelihood.

Kulić’s poems include a form letter for acknowledging, rejecting or accepting cultural works for production, responding to generic emails, an attempt to change marital status for GST payments, lunch breaks, forms, forms and more forms. These poems are absolutely delightful, and I want to see more of them.