Instead, this tongue gathers in the expectation of a meal

On where or what to eat

Stop pretending it’s not there. The moon’s cuticle

I’m tired of loving it. It is actually cheaper than cocaine

Desperation is a valuable commodity. It waters and feeds me

And I keep seeding it. I keep binging it (“POWER BOTTOM’S DREAM”) 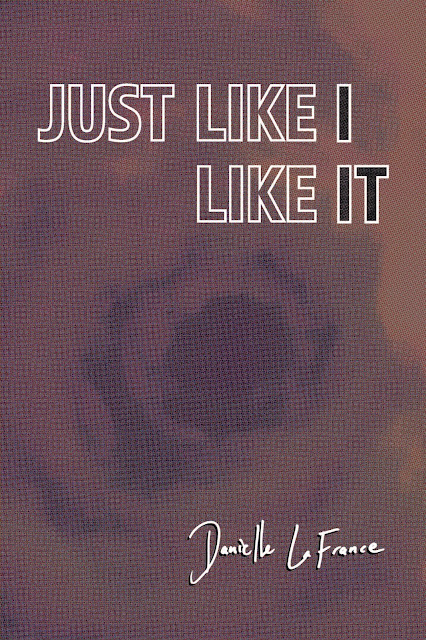 Vancouver writer Danielle LaFrance’s latest, JUST LIKE I LIKE IT (Vancouver BC: Talonbooks, 2019), is a book that revels in failure, whether around writing, power or ambition, and exploring ideas of obsession, anxiety and resignation even against a foundation of a fiery ‘kicking against the pricks.’ As the poem “VII” from the opening section “IT MAKES ME ILIAD” (a poem-section that reworks the ancient text), “JUST LIKE I LIKE WHEN BOTH / SIDES AGREE,” writes: “Depression  is the  natural  state in  times like  these. & the / fault, of course,  is not  in the  stars, but in  ourselves.” JUST LIKE I LIKE IT is LaFrance’s third trade poetry title, after Friendly + Fire (Vancouver BC: Talonbooks, 2016) [see my review of such here] and Species Branding (Vancouver BC: CUE, 2010), and there is an emotional rawness and vulnerability reminiscent of another recent Talonbooks title, Calgary poet Nikki Reimer’s My Heart Is a Rose Manhattan (Talonbooks, 2019) [see my review of such here], but one that also revels in guttural sound and image, and a swagger that refuses to slow or tone down even when off-balance. Her book’s title seems to offer itself both as a challenge and admission, set in all caps. Is this shouting, or simply holding firm? Perhaps both; perhaps tired of being asked or corrected, repeatedly. What appeals here is in the rawness of the material, and the ways in which LaFrance opens up the possibilities of what poetry can or should be doing, and could become, such as this section of the poem-section “IT SOUNDS LIKE A SMALL SCUM,” that reads:

IT JUST POPS UP