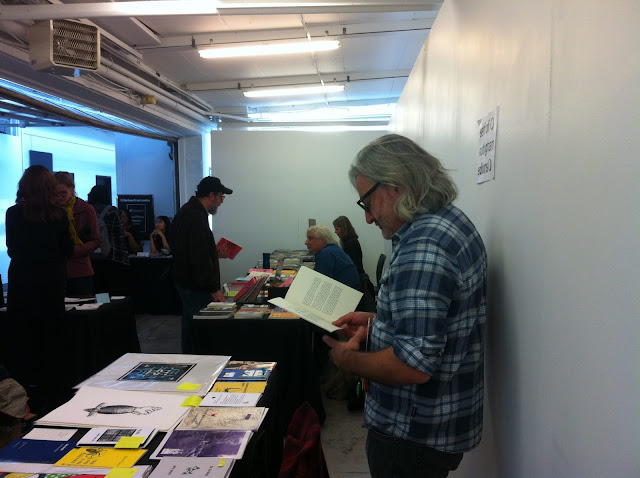 See my first post on what I collected at the fair, here; and my second post here. And I am totally going to keep pushing these two other upcoming fairs: Meet the Presses in Toronto on November 16th and the 25th anniversary event for our own ottawa small press book fair on November 23rd (and pre-fair reading the night prior). I will see you at one of these events, at least, right? I mean: how can you resist such small press marvelousness?

Toronto ON: I’m intrigued by the earnestness and the directness of the lyric narratives that make up Toronto poet and editor Terese Mason Pierre’s debut chapbook, Surface Area (Anstruther Press, 2019). There is a meditative calm in Pierre’s lyrics, one that is inquisitive, careful and considered, such as the poem “Cold Feet,” that begins: “Three in the morning, I am / awake under cloth and commitment [.]” Her poems work to articulate and unpack complicated emotions, whether the small moments of awareness before a partner wakes, or in the midst of family during a funeral. As she writes to end the poem “Swell”: “I’m learning to like when my hair / gets in my eyes when our skin // swells. I’m trying to be a person / who can be built from sand.”

You know where you’re going,
but this city is unfamiliar to me.

Every story you tell has its own
highways and cul-de-sacs,

leading to laughs you cut short,
a brief peer over the hedge

to the green on the other side,
or a welcome overstayed

on purpose. It is irrational
to envy the time before I existed.

In the attic of your childhood home,
I see you in the orange glow

of a lack of someone to please.
I put my hand over yours

as you hold a photo. I do not
recognize any of the thousand words.

Peterborough/Toronto ON: Subtitled “found poetry constructed from psychic scam junk mail addressed to previous tenants” is Peterborough poet and fiction writer Katherine Heigh’s latest, the chapbook To the People Who used to Live Here (Gap Riot Press, 2019). The author of the chapbook PTBO NSA (Peterborough ON: bird, buried press, 2019) [see my review of such here], Heigh has now produced two chapbooks constructed out of found materials, shifting and collaging, although this particular project feels less a straightforward “found” than her debut; perhaps this assemblage is more prompted and propelled by found materials than specifically constructed by them. Either way, the poems are curious short bursts of lyric narrative—with intriguing line breaks and cadence—that explore how one finds place in the world. Her rhythms are hypnotic, and her short narratives are fascinating. I would be interested to see how these poems, structurally, differ from her short prose.

She is offering all this to you, a Golden Legacy
specifically
intended for you. Providence has replied to

resurrection of the ancestral.
It’s quite natural. Please receive what must be
long to you.
Going to bathe in an ocean of multiple and
infinite joys
isn’t that life-changing. Your name appeared in
the last lunar phase.

Say goodbye to your desires.
At the end of this, you can no longer be a
person.