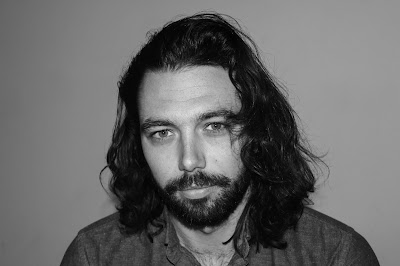 Vincent Pagé has had work published in Prism, Geist, The Malahat Review, Metatron, Event, The Puritan, and Vallum, among other journals. His first book is This is the Emergency Present, with Coach House Books. He was nominated for a National Magazine Award in 2015. He lives in Toronto.

I’ve been working on this book for the last 7 years, so I guess the biggest way having it published has changed my life is the fact that it's no longer in my life. Or isn’t the focus of it at least. Every line or idea or concept that came to mind would always be positioned towards the book and whether or not it could live there. And now that it’s finally printed and that I don’t have any other projects on the go, I can feel its absence as something that was moving or growing or shifting.

Most of my previous works (two chapbooks, publications here and there) are included in this collection, so its more composed of them than compared to them.

I didn’t come to poetry first. I started out writing truly terrible short stories for a number of years before I read a Jim Harrison poem and thought “that’s closer to what I want”.

A good portion of the book and the chapbooks I have published have had conceptual frameworks. Once those are set up or uncovered, the writing actually happens quite fast to fill in the conceptual space I made for the work. Then I edit and work on the poems over and over until someone finally publishes them and they’re out of my hands. I’d say the oldest poems in this book have been read and rewritten and edited around a hundred times and look nothing like they did when they were first written.

Poems for me all start from a single line that pops in my head from just wandering around doing nothing. It’s rare that I’ll sit and think “write” and then come up with anything good. I’ll have a line in my head that is interesting, either phonetically or conceptually, then I’ll write around that line trying to uncover what the rest of the poem has to say. If the line can’t kind of create a poem from itself, it tends to find a home in a new poem later on down the road.

With this book (and most firsts) it’s a kind of hodgepodge of work. There are themes that were teased out by careful editing by Karen Solie that then spurred some serious cutting of poems, but I never set out with a grand theme in mind or the goal of necessarily putting everything I wrote into a book.
5 - Are public readings part of or counter to your creative process? Are you the sort of writer who enjoys doing readings?

They’re neither part of or counter to the creative process. I’d say they’re absent really from the actual process of writing for me. I enjoy readings enough but have been told I need to work on my small talk.

I never set out writing with any clearly defined theoretical concerns driving the content of what comes out. I’m less trying to answer questions and more trying to ask them as the poems come, but it would be crazy to say that my work necessarily is asking any of the “Big” questions, or anything more than the concern of what am I going to make for dinner tonight, and how am I going to figure out something for dinner tomorrow, and how will I spend a lifetime sorting out what to eat for dinner.

I certainly think there are some poets writing books that are asking incredibly important questions about our culture, our time and place, our society and how we relate to one another. I just don’t think this book should necessarily be positioned as one of them.

I mean, this is a question that probably has many books and essays written about it and I don’t think I’m the person to or have the capacity to articulate the right answer, but I do think the writer has a place. And I think all I can say is that writing and books are a space for one human to reach out to another, and if that reaching out is in any way meaningful to anyone then there’s a place.

I worked with three editors. One was a detriment and the others were Alana Wilcox and Karen Solie, who only helped to make this book what it is. I could barely tell what I was saying through all of the poems, but Karen could sense it and really pushed and cared and I have her to thank for how solid it feels in my hands.

That writing a poem is more of an uncovering of something than a creating something. I think it was Dean Young. I think the metaphor was about slowly digging up and brushing off a dinosaur fossil.

My writing routine has shifted monthly ever since I started. Sometimes I write all day, sometimes just in the morning, and more recently, no writing at all.

Poetry mostly. But recently I’ve found that one of my greatest founts for creativity are those AI bots that try adapting the english language and creating things completely on their own, like baking recipes or film scripts. It feels like a child learning to speak and it breaks the linear way I think with language. I find the mental space that exists after reading goop from a robot opens up some new ways of interacting with language.

There’s also a recent post I saw on Instagram where someone took Smash Mouth’s “All Star” lyrics and translated them into Aramaic using an online translator, and then back into English the same way, and it really is more interesting than anything I’ve read recently.

I really think if you’re a poet, everything influences the work. But the poetry I tend to like these days is less influenced by things like *Nature or *Music or *High Art but more influenced by how shitty the TTC is, or how Instagram is sucking our brains out of our eyes or how an experience on a dating app can be both the most gratifying and loneliest thing in the city.

Ayahuasca, make a million dollars, spend a million dollars, build a boat, do my taxes from last year, write a second book, turn seventy, meet a celebrity and pretend I don’t know who they are, start a fire by rubbing a stick into another stick, read everything Mary Ruefle has ever written, write to Mary Ruefle, tell someone how I really feel, finish answering this question.

I don’t know many writers where writing is their “occupation”. If I had to choose another hobby or creative practice that I’d have committed the 10,000 hours to it might have been furniture building. I can’t imagine how satisfying it must be to sit in a chair that you’ve hewn from lumber and carved and cut and fitted perfectly for yourself or someone you care about.

At first it was to be famous, because at first I was young and stupid. And then it just became a necessity, like writing my thoughts were the next logical step to thinking them.

Vincent Colistro’s chapbook Mountain Fountain Font that came out with Odourless Press this year is easily the most fun thing I’ve read other than AI baking recipes.