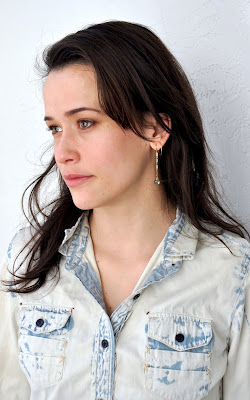 K.B. Thors is a poet, translator, and educator from rural Alberta, Canada. Her debut collection Vulgar Mechanics is expected from Partus Press (UK/Iceland) in 2019, and appeared with Coach House Books earlier this year. Her translation of Stormwarning (Phoneme, 2018) by Icelandic poet Kristín Svava Tómasdóttir won the American Scandinavian Foundation’s Leif and Inger Sjöberg Prize and is currently nominated for the PEN Literary Award for Poetry in Translation. She is also the Spanish-English translator of Chintungo: The Story of Someone Else by Soledad Marambio (Ugly Ducking Presse, 2018). Her poems, essays and literary criticism have appeared around the U.S., U.K., and Canada. She has an MFA from Columbia University, where she was a Teaching Fellow in Poetry.

Publishing this first collection is both an end and beginning. It’s just coming out, but it’s the product of a coming of age, a reckoning with reality. It’s changed my life clearing out my pipes, getting a story out of my system and freeing me up—once ideas or phenomena are named, you can get more playful. I feel my recent work getting more dextrous, that way.

I love poetry because it’s language, story, and sound distilled to essentials. It’s about getting down to what one of my favourite teachers called the “terrible crystals”. It attracts me on a technical level, though I appreciate fiction and non- and all possible combinations.

Oh this varies! Sometimes poems will come out almost fully formed. That’s a great feeling but it only happens after a lot of absorption, so that quickness is deceptive. There’s a slow process of living life and a lot of notes taken here and there that eventually might turn into something. Really starting a project takes a while—the starting, and really understanding what the project is. A stack of poems becomes a collection with a mind of its own, with poems to cut or order in some way. The story or through line emerges somewhere between drafts, it seems.

The poems in VM came individually, then I realized how they go together, circling the same ideas, tonguing the same scratch on the inner cheek. My next project feels like a “book” now in the beginning—I know what it’s about as I’m starting it, but I know that’ll evolve. I want to be flexible as it does.

Ha! I enjoy them more and more, though they’re definitely separate from and sometimes at odds with my writing process. I’m more comfortable on the page, but community arenas are so important, I try to have fun with them too.

My work revolves around the human as an animal, embodied and messy and part of larger ecosystems, however we (try to) distance ourselves. I’m interested in how we interact with each other and the land, the animism of everything. That manifests so far as a need to poke holes in stifling paradigms of gender and sexuality—using language and expression to not only represent margins or minorities, but redefining norms and models. For example, I don’t know what it means to “queer” something if everything really is queer already, but I’m interested in art that plays with that.

Stepping back, I think the writers’ role is a more specific, concerted version of a role we all play. To witness and celebrate, to share what’s going on and what we can do about it. It’s easier to address what we can articulate—writers bring attention, and name. In a world that categorizes, I’m interested in using language intentionally to be inclusive and freeing. Entrenched as paradigms can be, we can create our own terms.

There are so many kinds of “outside”! I think feedback and collaborative engagement are essential to making something more effective, especially personal creations we only see from our own angles. Damian Rogers’ notes really helped me gauge what was coming through most clear in VM. I’ve had some great writing workshops and groups. Whether an official editor or trusted friend, the discourse is essential, not to producing, but to the larger dynamic the production is part of.

Go slow to go fast. That’s the one I’m trying to internalize these days.

I don’t know about ease, but I like the idea of being open to any genre and trying whichever fits the project best, though I do feel poetry is foundational, at least for me. I got into translation when a friend asked me to take a look at some poems that had been translated by a translator who wasn’t a poet, and most of what I’ve translated has been poetry. Poems deal hard in nuance and sound, which of course underpin translation. The appeal, especially for someone with my attention span, is in the switch-up. It helps to be able to put something down, work on something else, and come back round, especially when you’re engaging with intense stuff. Translation in particular is a nice break from your own head, your own writing style and habits. Translation also has the amazing reward of being a puzzle, and one that helps great work find an audience. It always feels like time well spent.

Days begin quiet—coffee, watering plants, trying to get grounded for the day. I spent so much energy trying to establish a certain kind of “real” routine, but the truth is a looser structure works for me. I write best in the evening or late afternoon, when the hubbub of the day dies down.

Reading! If I’m reading something great, it actually becomes hard to read for long—I get antsy to write, especially if I’m knee-deep in a project.

Nature, definitely, and the body.

I do love teaching writing and literature, which feels like more of an occupation than writing. When I was younger I thought politics, as a way to do things.

I just kept writing poems when I “should” have been working on the human rights law school applications!

I just finished NDN Coping Mechanisms by Billy-Ray Belcourt, now excited to get into A Fist or a Heart by Kristín Eiríksdóttir, translated from the Icelandic by Larissa Kyzer.

A kind of romance novel-in-verse involving rig workers, tectonic plates, and water, among other things.