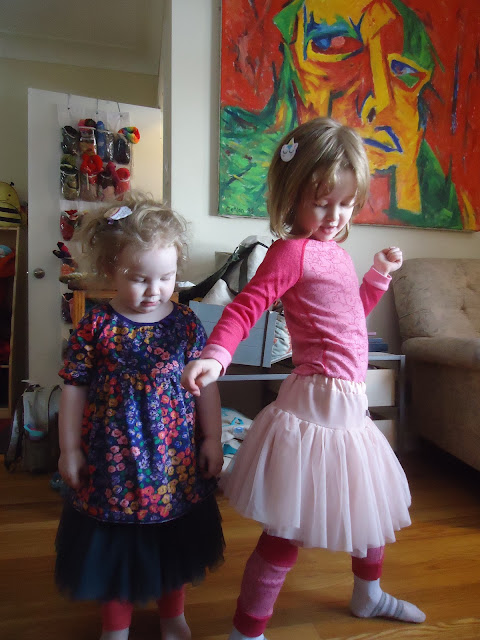 [our two young ladies before school earlier this week, in their self-proclaimed (and self-chosen) ballet outfits; Rose chose her outfit, in part, for the sake of Pink Shirt Day]

A new year, but January was a wash, it would seem; between overload of work, various house-illnesses and a couple of snow days, all of which managed to take up the first half of February as well. At least I started another poetry manuscript during the final week of January, which I think I’m quite pleased with so far (poems here and here, so far; hopefully more to come).

And you know about The Factory Reading Series coming up this month, yes? As part of our glorious VERSeFest Poetry Festival? And you’re aware that I’ve been producing a ton of chapbooks so far this year through above/ground press?

KY: Given just how deeply Kentucky poet Amelia Martens’ full-length debut, The Spoons in the Grass are There to Dig a Moat (Sarabande Books, 2016), resonated with me [see my review of such here], I was eager to see her new chapbook of prose poems, Ursa Minor (elsewhere, 2018). Winner of the 2017 elsewhere poetry chapbook prize, as judged by Lance Larsen, Ursa Minor is made up of twenty prose poems around “the little girl and the bear,” extending the fable of the archetypical characters, as well as using the two as a way to speak to and around further possibilities. As she includes on her website:

In his response to the work, judge Lance Larsen wrote, “I was surprised how the author could take an archetypal pair . . . and put them through all sorts of situations, such that I started to care about them. The language was funny and ironic . . .”

I like very much how Martens’ pieces hover in that nether-realm between prose-poems (Sawako Nakayasu, Rosmarie Waldrop) and lyric fiction (Sarah Manguso, Lydia Davis). There is much here to enjoy, and I’m curious to see if this title is part of an eventual larger book-length manuscript, whether as a section of something larger, or if the adventures of little girl and bear are extended further.

The little girl and the bear are making sandwiches. Peanut butter and jellyfish, because the coral reefs are dying. Even Daryl Hannah is being replaced by a man, and women in Japan still buy skin bleach. Please god, they write on paper towels as the bear wraps their sandwiches: Please God. And the little girl doesn’t know if this means, please god, or please, god. And she thinks about the sisters buried under concrete in Italy and then it means Please! God! But the bear doesn’t abide punctuation. Next sandwich, the girl will use the marker to write Dear God, because a letter is an opening and the bear brought her a branch of butterfly bush today, a purple pompom on the end, and said: Here, this is for your body, it’s called The New Testament. The girl is tired of tests. And everything people say that is supposed to be meant.

Toronto/Northern Michigan: Recently, online poetry journal where is the river began producing chapbooks online, with a limited edition of print copies distributed gratis, through the individual authors (full disclosure: I was one of those initial authors). Also on that list of first titles includes WELCOME TO THE LAST EARTH SHOW (2018) by Michigan poet, editor and publisher Michael Sikkema, a sequence of nineteen untitled fragments:

There is an oddly surreal quality to Sikkema’s lyrics, held together as a sequence via collage, both standing as singular, almost koan-like poems, and an extended poem, neither of which entirely solidify as overt narrative, but manage to skim across a fine line of meaning. His poems (or: poem) concurrently demand the reader’s attention and exist as they unfold, allowing readers to take in what they will. And my question around this work of Sikkema’s is equal to that of Martens: is this a stand-alone, a section of a larger structure, or a poem sequence that might emerge as something book-length?

Posted by rob mclennan at 8:31 AM
Labels: Amelia Martens, elsewhere, Michael Sikkema, ongoing notes, where is the river