Amelia Martens, The Spoons in the Grass are There to Dig a Moat

And the apology I made for you came from a willow tree. From a lemon. From some mud I found in the living room. Our daughter thinks you are a giant. She asks you to lift the house, so she can put her dolls in a timeout. There is a crack in the back of my mind and I am filling it up with forget-me-nots and sailor’s knots and do nots. There is a place behind my retina where I am fragile. If I see a sun, if I see a squid, if I see something shiny, I should pick it up. I should turn my head. I should stop watching you while you sleep because I am going to wake you up. I am going to wake up. I am sorry and you have gone to buy more mousetraps.

I am curious about the short pieces in Kentucky poet Amelia Martens’ first full-length poetry collection, The Spoons in the Grass are There to Dig a Moat (Louisville KY/Brooklyn NY: Sarabande Books, 2016). Composed in striking, self-contained sentences that accumulate into delightful single-paragraph narratives, the pieces in this collection seem closer to (select) works of fiction by Gary Barwin, Ken Sparling, Sarah Manguso and Lydia Davis than “poems,” causing me to read the book as a delightfully rich collection of very short, dense, occasionally dark and even whimsical stories. While one can argue that naming is certainly important, at the same time, it is also completely irrelevant. As she responds in a recent interview for The Cloudy House:

After our first daughter was born, the prose poem started coming to me in full force. Simply, I did not have time to fret over the line and was so desperate in my need to write under the duress of new-motherhood, that I ran with what was coming so as not to shut progress down via the editor in my mind. As I investigate the prose poem more fully, I see that there are likely several reasons, beyond the time constraint, that the prose poem came to me. This form is versatile, subversive, narrative, allows for play with the structure of a sentence as a rhythmic unit. And women writers have been creating a much wider range of poems in this form than I was previously aware—see Holly Iglesias’ Boxing Inside the Box. The Jesus poems are a result of living in the hyper-religious landscape of western Kentucky and in this time. The “our daughter” poems are fragmented glimpses into daily living with our two daughters, Thea and Opal. These two main threads allowed me to switch my approach and move to another way of looking if the poem wasn’t working. 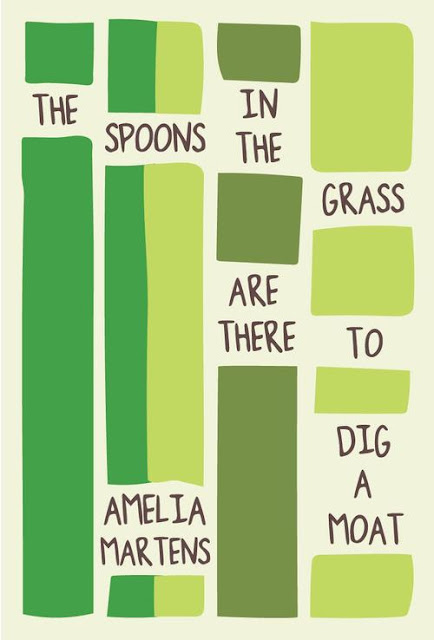 There’s an intimacy these poems allow, in talking about children, farming, Jesus and other immediate concerns, situations and ephemera. The poems are charming, direct and unsettling. In the interview, she speaks of a shift in her writing due to motherhood, and it makes me curious to see the writing she was doing prior to this collection, just to understand the differences; are the differences, for example, structural only? What does her take on the “prose poem” offer that her prior work hadn’t yet caught? Either way, these poems have the best qualities, one might say, of classic children’s literature: tales both light and dark, writing out wars, spirituality, domestic matters, and, as The Cloudy House tells us, “push between the extraordinary ordinary, our little and big world problems, and direct attention to the surreal mesh of our realities.”
Posted by rob mclennan at 8:31 AM
Labels: Amelia Martens, Sarabande Books, The Cloudy House