To experiment with every kind of prose imaginable, e.g., the proses of America. I ask, What is the purpose of clarity, beyond description? Clarity, but to what end? The exquisite prose of Melville, of—what is totally different and yet feels related—Rousseau. (“33.”)

I’m happily startled (but not entirely surprised) by just how delightfully compelling and complex New York City writer Lucy Ives’ most recent title is, a small book titled The Hermit (The Song Cave, 2016). Composed in tight prose and full sentences that collage together into a larger coherence, The Hermit exists in an intriguing space that is part-poem, part-essay and part-novel, all blended together into an exploration of self, narrator and character, elements of dreams, lists and journal-entries, logic and the form of the novel (and prose-works generally) and even a thread that floats through one of the characters from A Nightmare on Elm Street. As she writes in the “Notes” at the back of the collection:

The title of the book bears some explanation. Of course, in entry 51, a hermit appears. But this is only a hermit in a work of art. I’m not sure, at any rate, what a hermit is today.
Strangely, the hermit I have in mind is most closely or accurately figured by the character Nancy Thompson, as portrayed by actor Heather Langenkamp, in A Nightmare on Elm Street. Why is Nancy a hermit? Because she is entirely isolated from others, though she is by no means distant from them.
Nancy is secluded in a place of psychological horror and physical violence. Sleep (acquiescence) presents a constant threat. It is Nancy’s unspoken decision, a brave one, to believe in the reality of this seclusion, in the ineluctable threat of Freddy’s choice to appear to her, that ultimately preserves her life. “He’s dead, honey, because Mommy killed him,” Nancy’s mother maintains. Although I don’t like this character very much, I understand what she is saying. See also, entry 78.

I won’t spoil what occurs in “entry 78” (an entry that feels visibly distinct from the rest of the book), but the final line in the book, from “80.” reads: “I do not know for how long any of the characters in this book can persist as characters.” I think I very much like the idea that Ives is uncertain of the lives of the characters she has included here (I hesitate to automatically refer to them as “her” characters), and just how long they might survive, potentially, beyond the bounds of the completed book. She suggestion is that she suspects they should or otherwise would, but isn’t sure. I wonder, does she include the narrator as one of her characters, also? Do they include, for example, her references to, readings of and/or quotes by Kathy Acker, Charles Olson, George Oppen and Houellebecq?

I want to write an essay about the novel as a site of novelty, where the preposition “Anything can happen” is somehow tested. (“15.”)

I discover that writing, as a profession, is about putting oneself into a constrained position, from which there are limited means of escape. The undertaking is not about the words themselves or even some technical skill distinct from survival. One must possess only the ability to tolerate a given position long enough to make it intelligible to others. (“52.”) 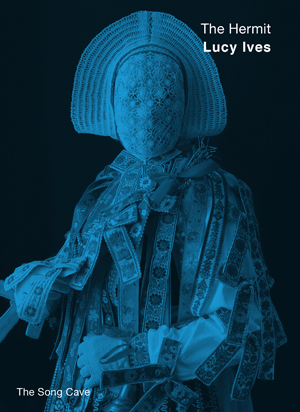 The Hermit  is set in eighty short, numbered prose-sections, and I’m fascinated by how Ives writes a book that, in part, tells us how to read it, as her forty-third entry, in full, reads: “One must work, perhaps for some time, to see scenes.” The Hermit reads as an essay/novel-through-accumulation, allowing the short semi-standalone scenes to collect and reshape via the reader, much in the same way, perhaps, as Sarah Manguso’s Hard to Admit and Harder to Escape (McSweeney’s, 2007), a book that heavily influenced my own The Uncertainty Principle: stories, (Chaudiere Books, 2014). In the entry immediately prior to the forty-third, she also offers: “An essay occurs in time like dog years, where it isn’t a task of reasoning so much as something that befalls one. I perhaps don’t read or write enough and yet always feel like I am reading, like I am writing.” Or just a bit earlier, as she writes as part of “67.”:

Make an illogical jump—dissociation—but, then, imperceptibly—so, quickly—return to render it logical before anyone has seen. In this way, you may seem to improve upon reason.

Posted by rob mclennan at 8:31 AM
Labels: Lucy Ives, The Song Cave