From Montreal poet and performer Kaie Kellough comes the powerful collection Magnetic Equator (Toronto ON: McClelland and Stewart, 2019), another title in the quartet of first titles from McClelland and Stewart poetry editor Dionne Brand [see my review of Souvankham Thammavongsa’s Cluster here]. Set in ten poem/sections—“kaieteur falls,” “mantra of no return,” “high school fever,” “exploding radio,” “bow,” “zero degrees,” “ghost notes,” “alterity,” “essequibo” and “the unity of worlds”—Magnetic Equator writes out a very personal journey across time, geography and culture. This is a poem, very much a singular, book-length work, that is populated, in a generative sense, by all who had come before; Kellough delves deep into sound and cadence to propel his text through a coherence of location, dislocation, immigration, longing and belonging, from South America shores to his Canadian teenaged prairie. As he writes to open the second untitled poem in the poem/section “mantra of no return”: 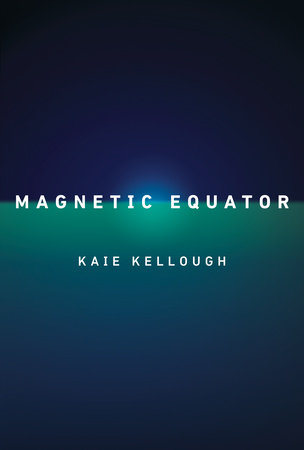 In the poem/section “high school fever,” subtitled “nowhere, prairie,” he writes: “these were the worst years of my life. i wasn’t supposed to admit that.” Throughout the collection, Kellough excavates and investigates the materials of his own past, and the pasts that made his possible, moving through a deeply personal and intimate series of investigations, memories, joys and frustrations, many of which come with the shifts of geography and culture. He writes of between-ness, being of one place in another, and then of being of both, but somehow neither, concurrently evolving into and away from. His is a seismic lyric built on sound and memory, song, salvage, seekers of asylum and those dislocations that continue to hold. Through Magnetic Equator, Kaie Kellough lays the foundation for what it means for him to be where and who he is, exactly, now, and it is an incredible sight to behold. As a fragment of “ghost notes” reads:

i’d like to erase this poem. i’d like to erase the syntax i grew up in: the unlettered suburbs. the strip malls, the pickup trucks        the spilled asphalt, the ranchers and bungalows, the clustered skyscrapers exclaiming downtown, the futurist signifying of the calgary tower     i would leave the natural grammar: the bow river, the supple foothills that accelerate as they buckle into sawtooth peaks that scrape the big sky     i can’t erase everything, so i choose to erase myself, remove myself from the prairie come the 1980s, gulping white exhaust in the garage, or on a blurred silver greyhound     fleeing the province to vanish into anonymous eastern multitudes, a slow smudging that only a poem’s time-lapse lettering can