Wayne Miller, We the Jury

celling it off, then moving through
as though we haven’t just built
the floor we’re standing on.

and unbranches inside us, this laden air
that fills our time. Then
the floor opens and we never land. (“ON PROGRESS”) 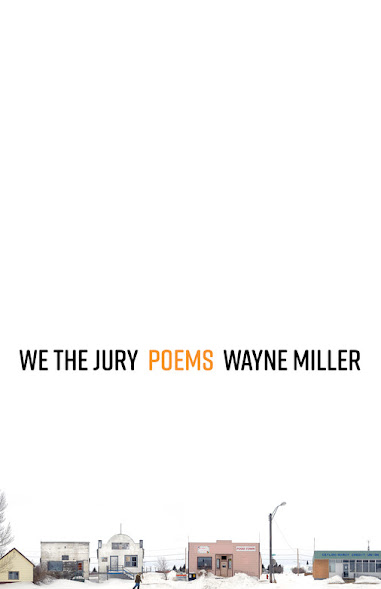 I’m startled by the poems that make up Denver, Colorado poet Wayne Miller’s fifth full-length poetry title, We the Jury (Minneapolis MN: Milkweed Editions, 2021), a collection of lyrics on public executions, American justice, family and what we fail to understand. In an array of simultaneously devastating and stunningly beautiful lyrics, Miller writes on culture, class and race, and the implications of how America has arrived at this particular point in time; poems on trauma, death and violence, hidden beauty and America’s uneasy ease with what people are willing to endure, and willing to impart. There is an unerring lightness to his lyrics; a remarkable precision, as an arrow piercing the reeds to reach an impossible target. As he writes at the end of the short sequence “RAIN STUDY,” one of multiple poems that write on and around the subject of rain: “On the undersurface / of a raindrop / as it falls: // a fisheyed reflection / of the ground / rising at tremendous speed // and that’s it—” Or how he writes of a bird at the airport at the opening of “THE FUTURE,” “A bird in the airport / hopping among our feet— // dun puffed chest, / a sparrow I think— // collecting bits of popcorn / beside the luggage // while invisible speakers / fill the air with names // of cities irrelevant / to the air outside // from which this bird / has become mysteriously // separated.” Miller strikes at the intimate heart of so many subjects, and it is the intimacy through which he attends that provide these pieces with so much power. His is an unflinching, steady gaze, and he clearly feels and sees deeply, attending to the world around him through a lyric that manages to unpack complex ideas across a handful of carved, crafted lines. The poem “ON PROGRESS,” for example, “PARABLE OF CHILDHOOD” or “ON HISTORY” providing, in their own ways, master classes in how one writes out such complexity and contradiction of ideas and emotion; how to pack into a small space that which can’t be easily explained or described. In Miller’s poems, he knows that judgement is not the same as comprehension, and rarely synonymous with justice, healing or absolution; he knows his country, and his culture, has much to atone, and even more to acknowledge, so willing to pass over events for the next one, fully ignoring the implications, the trauma or the patterns. These are poems, also, impossible to excerpt, given an excerpt couldn’t provide the full experience, the full picture. Instead, I will offer the short poem “CARILLION,” that harkens back to the 2016 Orlando nightclub shooting, that reads, in full:

in the pockets of the living
and the dead

the living stepped carefully among.
The whole still room

said hello. Then
it was just the dead, the living

trapped inside their clothes,
ringing and ringing them—

and this was
the best image we had

of what made us a nation.