Since meetings Nancy I’d had the distinct pleasure
of landing on the shores of Hell, so to speak,

where demon people from profit from doom.
This was a dense area to cover on foot,

peering out of the eyes of someone
who was supposed to be me.

It was urgent to see what I could find
in a maze covering names in a feeling of politics,

to ascertain my weaponry within
this series of berserk emergencies. (“ALL WAYS, A HUNTED”)

I’m fascinated by the expanse of Berkeley, California-based poet, playwright and director Maxe Crandall’s full-length debut, The Nancy Reagan Collection (Brooklyn NY: Futurepoem, 2020), a book-length documentary structure that explores and examines the AIDS crisis of the 1980s through the filter of the First Lady, Nancy Reagan. “Mass death (see also: starvation) / was to be ignored in those days—,” he writes, as part of the “MOTHERS AND LOVERS” section, “the tail between the legs of two cities: / New York and D.C.” Nancy Reagan (1921-2016) was wife of former Hollywood leading man and California Governor Ronald Reagan, who held office as President of the United States from 1981 to 1989, and Crandall explores elements of her life and responses to AIDS through a number of source texts (listed at the back of the collection). Crandall composes fifteen extended lyrics, accumulated fragments and documentary scraps through and around the archive and the distance of history, unraveling a book of memory, and the political and social implications of the refusal of Reagan’s presidency, and Nancy personally, that led to further and unnecessary death, trauma and isolation.

I noticed at once that Nancy’s hairdo was
a dead giveaway, the kind of basket case that

really bites the dust when you blow holes on it.
By which I mean: each follicle, root,

and death-defying strand acquainted me
in an instant

with the euphemisms of power. (“ALL WAYS, A HUNTED”) 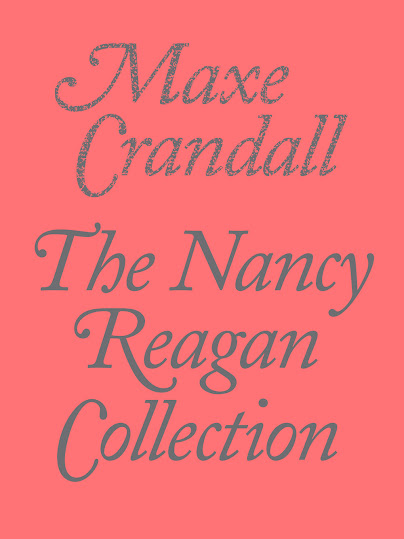 Crandall is the author of two previous chapbooks, Emoji for Cher Heart (Brooklyn NY: belladonna*, 2015) and Together Men Make Paradigms (Brooklyn NY: Portable Press @ Yo-Yo Labs, 2014), so the scale of such a book-length structure, being a full-length debut, seems that much more impressive. Built from and around the archive, newspaper reports, personal biography and other researches, The Nancy Reagan Collection is structured in eleven sections: “RED RIBBON,” “FREE ASSOCIATION,” “DAZED, FROM WHICH DISTRACTION,” “ALL WAYS, A HUNTED,” “JANET SPEAKS,” “MY OWN PRIVATE PARADOX,” “IRRESISTIBLE FORCES,” “JUST SAY AIDS,” “SWORN TO SECRECY,” “AMERICA’S BRAIN,” “MOTHERS AND LOVERS,” “NANCY AT NOON,” “FOOTSTEPS IN THE DARK,” “MICHAEL JACKSON’S THRILLER” and “NANCY AT BULGARI.” Crandall writes Nancy Reagan’s response to the AIDS crisis large and small, including her refusals to acknowledge or assist their friend, Rock Hudson. Throughout the collection, the collective failures of America and the 1980s loom large, and the Reagans sit at the bare centre of those failures. “At the sit of the lie,” Crandall writes, to open the prose-section “NANCY AT NOON,” “deep within her kingdom of / infection, Nancy gazes down at the drowsy farmyard. / She and her horse are heading westward across the / swells at a swift pace. Come high noon, she will / be independent, a mere particle of the universe.” In The Nancy Reagan Collection, Nancy Reagan sits at the centre, around whom swirl characters such as Darryl Hannah, Tom Hanks, Rock Hudson, Ronald Reagan, Princess Diana, Michael Jackson and multiple others (including a section referencing the westerns her husband once acted in, during his Hollywood days), caught up intentionally or otherwise in Nancy Reagan’s attention. What is interesting, also, is the tension that Crandall articulates between the Reagans’ more conservative politics and the traditionally left-leaning elements of Hollywood, a push and a pull that was easily a complicating factor in how they responded to and dismissed those they had formerly been close to. As Crandall opens “MY OWN PRIVATE PARADOX”:

As we took tea in the East Wing,
Nancy told me that Rock

had AIDS and was
trying to reach her.

She said a journalist undercover as a landscaper
had pushed her to divulge secrets in the Rose Garden.

“I feel so violated,” she said, pulling her long skirt
across her shins. She blinked into the sun like a cat.

Crandall includes an ongoing list of those who died due to AIDS, single names and dates set as memorials throughout the pages of The Nancy Reagan Collection. This is a complex and powerful work, one that utilizes the lyric to explore memory and crisis and the responsibilities we have to others, through what remains, at least so far, the most devastating health crisis in American history.

Posted by rob mclennan at 8:31 AM
Labels: Futurepoem, Maxe Crandall