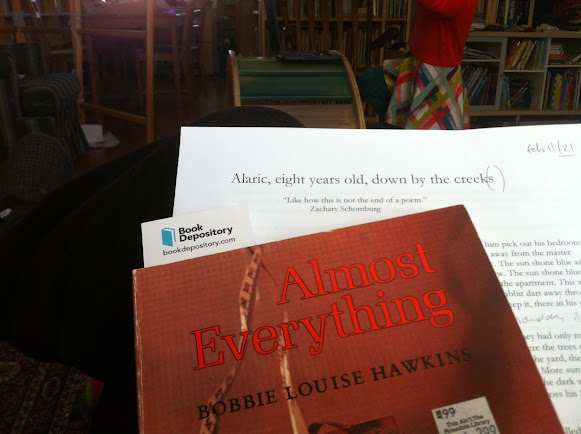 Behind on everything, but working on my usual array of this, that, etcetera. The past few weeks, sketching out a handful of short stories, thinking about poems, and working on reviews. Working on a mound of above/ground press items, now that Ontario’s further layer of lockdowns, set on December 26, have finally lifted. And still, working up to the first anniversary of the original lockdown, which was, I will remind, was two days before my fiftieth birthday: my entire fifties-to-date on lockdown. And more than twelve hundred letters composed and mailed out since the original lockdown began. Can you believe it? Still, the past couple of weeks moving far slower than usual, as though walking through mud, or molasses. What happened to my attempts at two reviews a week? Everything moves so stupid-slow. Lethargy. I have been in the house too long, even for me.

I’ve been working through the late American fiction writer Bobbie Louise Hawkins’ One Small Saga (Brooklyn NY: Ugly Duckling Presse, 2020) lately, a novella reissued from its original 1984 publication. I hadn’t read her work before, but somehow managed to discover a copy of her Almost Everything (Toronto ON: Coach House Press, 1982) on our bookshelves downstairs. It even still has the January 1999 price-sticker from the late, lamented Toronto staple, This Ain’t The Rosedale Library. I remember finding and purchasing that book, some two decades back. Why did I never open it? Too many other distractions, most likely. Too many other items picked up on that same Toronto trip, or whatever it was I was doing. What was I doing? That was back in the days when I would tour and scour bookstores across the country, mailing home boxes to myself that jwcurry would collect and go through, before I returned. Her work is prompting some slow movement through prose. A couple more short stories completed and sent out, sketched and sketched and re-sketched during my mornings lifeguarding our wee girls during their e-learnings. 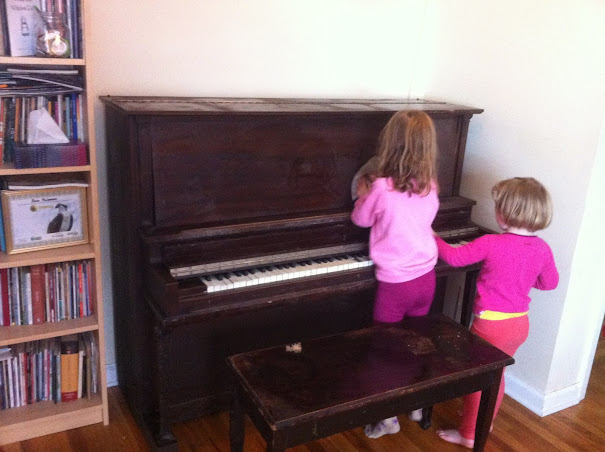 On Wednesday, we finally hired movers to collect the family piano from the homestead and bring it over, the last bit of post-father homestead before my sister’s new tenant moved in. I took more than a dozen years of lessons, but have barely played since the 1980s, so this has been a plan a long time coming. The movers brought it up our front steps and into our front room with great difficulty, and didn’t find it nearly as hiliarious as I did, when, right after they set it in place, I loudly asked Christine if “we really needed it moved into the basement, after all.”

The last time this piano was moved was in 1976, when my father, his hired man and my six year old self hopped into the pick-up to drive the two-plus hours from the farm into Kemptville, to collect it from my great-grandparent’s house. Family lore has it that my mother’s maternal grandparents, Joseph John and Mary Caroline Cassidy Swain, purchase the piano new so my maternal grandmother (and most likely my grandmother’s sister) could take lessons as kids. It needs serious cleaning, and possibly repair. Tuning, certainly. One thing at a time. Rose was extremely excited at the prospect of lessons, something I’ve been whispering into her ear for more than a year now. Right now, the young ladies plink at it, and perhaps get comfortable with it in our space, and get comfortable with playing, learning. Seeing how it feels. Hearing how it sounds.

The other night, the young ladies took turns playing while the other one would dance. It was a whole thing. Each played, while re-telling a story. I think Aoife’s was “Cinderella.” 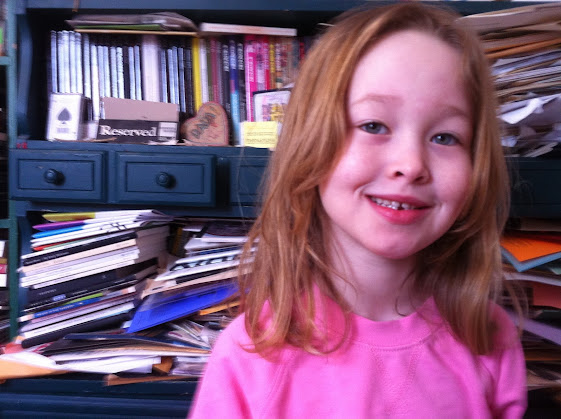 Otherwise, what else? Over the past week or so, I’ve been reading Rose that first Anne of Green Gables novel at bedtime, which I’m a bit surprised she’s taken to so heavily. I suppose she’s the right age for it. Usually we take turns putting each child down for bedtime, reading stories and such, but Rose and Aoife “made a deal” across a couple of nights so she could get further bits of it read to her, and Aoife prefers when Christine puts her to bed, so that worked out for everyone. I’m surprised at the language; rather ornate, really. Pretty interesting to read aloud, especially when one considers it was published in 1908. I mean, my only experience with prose of the era, pretty much, are those semi-religious novels that Glengarry-esque novelist Ralph Connor was putting out, and those were only a couple of years earlier. Glengarry School Days was 1902, after all. His was a very different kind of prose. There’s a lovely music to her work I wasn’t expecting, and a language that occasionally requires me to explain a word to Rose (which isn’t necessarily a bad thing, given she absorbs everything). I never did read these when I was young. I went through the Narnia books, Pippi Longstocking and Doctor Doolittle and even Cheaper by the Dozen, and and latched onto comics pretty early, so went over in that direction, instead. My eldest daughter, Kate, in her turn, went through the Green Gables novels when she was young, but said she preferred the Road to Avonlea books, saying they were better written. Not long after that, she burned through a stack of most, if not all, of the novels by all of those Austens.

And finally, after weeks of prodding, poking and excitement, Rose lost her first tooth the other night. She’s already composed a note requesting it back, a note we found in her room. Apparently she didn’t get a chance to show her lost tooth to Aoife. Might the Tooth Fairy require the money back?