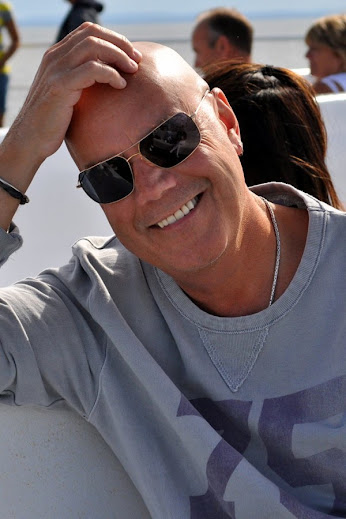 Douglas Burnet Smith is the GG Award–nominated author, and Burden is his seventeenth book of poetry. He divides his time between Atlantic Canada and Athens, Greece. He is currently Writer-in-Residence for the Antikythera Archeological Dive Project on the island of Antikythera, Greece, and teaches in the English Department at St. Francis Xavier University in Antigonish, Nova Scotia.

The publication of my first book, Thaw (Four Humours Press), a beautiful little creature produced on an offset press and on fine Italian, hand-sewn paper, with illustrations by Suzanne Gautier, made me proud I could share my work with readers.  My most recent work, Burden (Oskana), about the execution of a seventeen year old British soldier for desertion during World War I, and told in the voice of a distant relative, Lance Corporal Reg Smith, who, it would seem from his letters home from the front, was ordered to be a member of the firing squad, is similar to an earlier work, The Killed (Wolsak & Wynn), about the siege of Sarajevo, in its book-length narrative drive in sequence. But it’s different from most other earlier works which are more personal lyrics, though even many of them tend to be longish, narrative-orientated pieces.

I came to poetry first by having read Keats in high school and was blown away. I wasn’t affected by fiction or non-fiction nearly as strongly.

Once the germ of an idea takes hold, I can begin writing. I usually know if it’s going to be a book-length sequence right away. I write endless drafts until, alas, the work’s completion, which is really its abandonment.

Where does a poem usually begin for you? Are you an author of short pieces that end up combining into a larger project, or are you working on a "book" from the very beginning?

A poem usually begins with a phrase, an image, a snippet of conversation, whatever. I do write shorter pieces that end up combined in a book, and also longer book-length narrative works that I know right away will constitute an entire book.

I used to do lots of public readings, in Canada and abroad. I enjoyed them immensely. But now I do fewer. I’m happy to stay home and read and write, whether I’m in Nova Scotia, or Greece, where I spend part of the year.

I don’t have specific theoretical concerns behind my work. I don’t try to answer any general, philosophical or literary questions. Maybe THE current (sad) question is, “Should a writer even bother trying to inhabit a consciousness different from his/her/their own?”

The writer’s role in larger culture can be many things, using a selection of linguistic antennae: aesthetic/moral/political/philosophical, etc.

I’ve had the pleasure of working with terrifically gifted writers as my editors, so I have found it both necessary and pleasurable.

The best piece of advice I’ve heard, and I take it as not necessarily meaning literary advice, is “Don’t let your short-term greed get in the way of your long-term greed.”

I write sporadically, but once a long project is underway, I write daily, compulsively, until it’s done. A typical day in Canada begins by driving my daughter to school, returning home to make breakfast for my wife and myself, then to read—and write, if the spirit moves me. When I’m in Greece I’m usually alone, so every day begins with 4 or 5 hours of writing poems. The day can end the same way.

When the writing gets stalled, I just wait. Sometimes patiently, sometimes not. But something somehow always re-starts the engine.

What fragrance reminds me of home?  If by home you mean where I grew up, in Winnipeg, the smell of farmers burning their fields in autumn.

All of those—nature, music, science, music, and visual art inform my work. Especially the latter two.

Great writing about sport matters a lot to me.

I’d like to visit Machu Picchu. And watch Rafael Nadal play tennis in person before he retires.

Archaeologist. Or maybe a surfer?

What made you write, as opposed to doing something else?

Writing was the only thing I was good at.

Film: Phantom Thread with Daniel Day-Lewis.
Book: All of It.
Singing: Linda Gregg.

Posted by rob mclennan at 8:31 AM
Labels: 12 or 20 questions, Douglas Burnet Smith, University of Regina Press