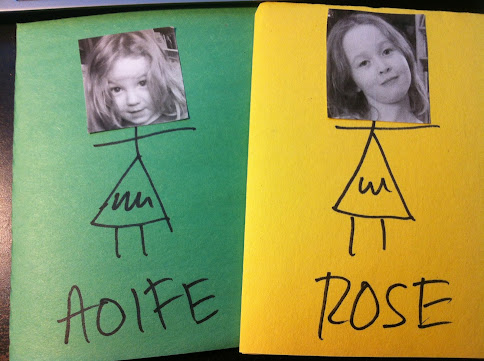 Why yes, I did hand-make Valentine’s Day cards for our ridiculous wee monsters. Last week Rose produced some pouches out of paper and (mounds of) tape for them to collect Valentine’s Day cards, so I had to do something. I am hoping that, if nothing else, they are amused by my attempts (I can’t even remember the last time I used a glue-stick).

Obviously, I also picked up huge chocolate items for them, in case the cards don’t work out.

Ottawa ON: nina jane drystek recently gifted a copy of her small chapbook microcosm (& co. collective, 2017), a small sequence of untitled pieces akin to the loose structure of the English-language haibun, a form that was working through a handful of Ottawa poets around that time (such as Chris Johnson’s above/ground press title): a prose stanza followed by a denser lyric chorus:

drystek, who shortlisted for the 2020 Bronwen Wallace Award for Emerging Writers, has been simultaneously producing a great deal of work and keeping herself just underneath the radar for some time. microcosm reads as notes from a trip, although the interiority of travel, and not a physical description. microcosm reads as curious notes sketched on and around how this trip affects the body and her thinking; on how memory, including physical memory, is affected and triggered. I like the flow of her lyric, the rush of these seemingly self-contained prose-pieces that accumulate into something else, something further.

Down Bronson in the afternoon I balanced on my handlebars of my first love, my hair flying in her face as we heated fate and my heart was blind sided. Down the canal I hug the corners at night. In the day I race, pass, pass, cut across neighbourhoods to one river, another; the ease of it. Until wet dirt sweeps out from under me, embeds in me. Down its frame are scratches from bike locks, down my legs are scratches from pedals and pavement. Road, path, metal, skin, bones; the beat of a breath.

if the machine produces tranquility it is right

Toronto ON: The latest from Toronto poet Nicholas Power is ordinary clothes: a Tao in a Time of Covid (Gesture Press, 2020), a sequence of eighty-one short meditative lyric bursts.

I am without desire
open to mystery

An interesting factor that has been emerging has been seeing how a variety of writers and artists have been responding to the past year. I know a variety of writers who have been unable to write, a variety of writers unable to respond directly to much of anything, and others who have attempted, in their own ways, to respond to the ongoing pandemic and lock-downs directly. Over the first couple of months of same, I regularly explored The Yale Review’s “Pandemic Files,” and even wrote my own suite of pandemic essays, “essays in the face of uncertainties.” And of course, you’ve already seen Zadie Smith’s pandemic-response, Intimations: Six Essays (2020), yes?

For his part, Power seems to compose his sequence of lyric mantras as a way to establish (or re-establish) ground; to self-protect from these ongoing crises through ongoing contemplation. As he writes as part of “SIXTY-FOUR”: “grow closer to your own nature / by loving what is [.]” When all else seems chaos, become, one might say, calm.

a disturbance in the field
distorts the wave action

interference in the flow
and the pulse is hard to read

I want to feel the beat of
my internal pressure

then learn to dance
to that rhythm

Winnipeg MB/Toronto ON: You might have seen Winnipeg poet Julian Day’s poems in a variety of venues over the past few months, and now we’ve his chapbook-length debut, Late Summer Flowers (Anstruther Press, 2021). Late Summer Flowers is an assemblage of ten first-person lyrics shaped around southern Saskatchewan, specifically the Qu’Appelle Valley. His are poems of lyric observation, of description; writing out poems-as-short-scenes, and attuned to the smallest difference, whether a shift in the air or the fluttering of a bird’s wings. “here time wanders,” he writes, as part of “Field Notes, Cypress Hills,” “finding its form // in coyotes / hawk-flight / fire roads [.]”

The middle of the west, an easy trapezoid,
derided by the uninitiated as a long drive, the gap
between Calgary and Winnipeg; a province of winter
rye and wheat, a place you left
but never plan to leave. There’s beauty
in its show of what’s wide open,
whether the sky or the sharptail’s refusal of it;
and to truly understand, head south out of Saskatoon,
so that as you dip through the dry valleys
your unsettled heart begins to fall away.

Keep driving. Take the turnoff to Cypress Hills,
and once the farmland ends
you’ll see cliffs and ridgelines, stands of poplar,
and it’s here, they say, that the glaciers stopped
briefly, exhausted, to survey their work;
and where you too, looking out from your car,
will make a slow retreat southward,
the landscape revealed, its details sharpening,
until like the glaciers, you’re finally impelled
to pause.