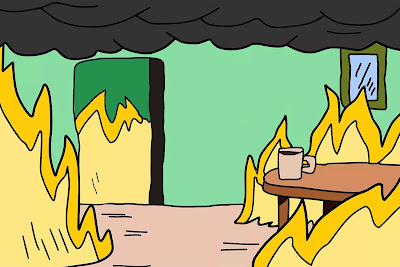 do we even know what's happening anymore? July 9, 2020 will be the TWENTY-SEVENTH ANNIVERSARY OF CONTINUOUS PRODUCTION for above/ground press (which is, by the by, more than 1,000 publications strong), and, given we've no idea if an anniversary party in August is even possible this year, I thought, why not offer a summer sale instead? (I mean, people love those, right?)

there are still new publications attempting to emerge through the crisis, which means I'm actually having to figure out actual computer-design, instead of the usual scissors-and-tape variety (okay, that's not at all true; so far, natalie hanna has designed a publication, and Christine McNair has designed another), but some titles will just have to wait until my print-shop opens properly. we will emerge from this! gah! but until then:

To order, send cheques (as well as your list of preferred titles; add $1 for postage; in US, add $2; outside North America, add $5) to: rob mclennan, 2423 Alta Vista Drive, Ottawa ON K1H 7M9. E-transfer or PayPal at at rob_mclennan (at) hotmail.com or the PayPal button at www.robmclennan.blogspot.com

with numerous rarities/backlist titles still available as well! And you remember we still have t-shirts, right? And those 25th anniversary broadsheets?

and while we, at above/ground press world headquarters, know that we are living in unprecedented times, what choice have we but to persevere, and move forward? while being attentive to physical safety, hand-washing and mental stability as best as possible. we wish you all continued health and safety, please! we will still be here, even through the disruptions, attempting to produce new books, journals and broadsides as best as we are able (and in the meantime, of course, check out the online extension of above/ground: periodicities: a journal of poetry and poetics).