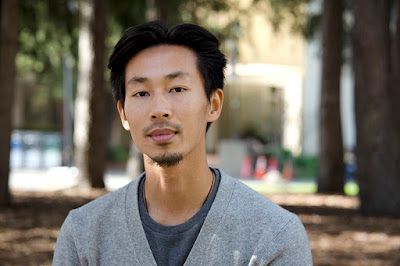 Henry Wei Leung earned his BA in English at Stanford and his MFA in Fiction at the University of Michigan, then dropped out of a PhD program in Hawai'i. He is the author of Goddess of Democracy (Omnidawn, 2017), the end result of a Fulbright in Hong Kong during the Umbrella Movement. He is also the translator of Wawa's poems from the Chinese, including Pei Pei the Monkey King (Tinfish, 2016) and a tome-in-progress called Prelapsarian Bloom. Now a JD candidate at Berkeley Law, he was recently named a Fellow for the Salzburg Cutler Program in international law in D.C. He currently works as a judicial extern in federal court.

My first book coming out should've been the career-making moment. Instead, it made me confront my long unspoken disappointment with the twin industries of academia and literature. Goddess of Democracy took three years to write, edit, finish, and publish--the same three years it took for the activists and student leaders in the protests I was writing about to be prosecuted, jailed, barred from the legislature, exiled... and none of them will ever read these poems. So I changed course for a JD in law, and decided to apply all that I've learned about language and storytelling to a setting with more material consequences. My recent "work" is therefore very different, whether I'm working on a civil rights or securities case, whether the facts are petty and boring or outrageous and rile me up. The stakes of a poem are held in the next generation, the next century, in language itself. The stakes of legal writing are in a person's one day in court, in their chance to tell their story and set the record straight.

There's no first or second or last. Fiction was all I knew as a kid because none of my teachers assigning Shakespeare, Blake, or even Langston Hughes had any idea what they were talking about--or really cared. And the library didn't have much poetry more recent than the Beats. It took a while for me to find poetry because it took a while for me to encounter poets.

The process is only ever consistent when it comes like a strike of lightning. As in "Disobedience," which seems to be the poem of mine that's quoted most often, and about which I never know how to answer questions. In those cases, the poem writes itself in a single draft, in a feverish focus. Sometimes I think the "practice" of writing is no more than that: to get your reflexes ready for when you hear the thunder coming.

Usually a piece doesn't come together until I have the title. That makes me a project writer, I suppose. Same in my legal writing so far: I can't put the facts together in a sequence until I know what the case is about or what it should be about. No content without a meaningful form. No surprise without a structure.

I find readings unbearably redundant. Have you ever been to one where the vast majority of the audience were not other writers, editors, and friends or followers of the author? The first reading I ever gave in public was after I won a local poetry contest when I was seventeen. I was invited to read with half a dozen adults. At the end of it, each of the other readers was immediately clustered by a circle of their own people. It was like a private club, and I was the only stranger. Every other reading in the last fifteen years has felt about the same. The only difference is that I've made more friends, who then cluster around me afterward, which has never been the point for me. But I did read once at an independent film screening and panel discussion, which was a wildly different and fruitful encounter; poetry in that case became an unexpected part of the audience's evening. I felt that it came a little closer to being part of the world.

Previously: democracy and addressing the other in the second-person. Now: justice. Because I can tell you what injustice is, in both structural and granular detail, but what justice actually is I honestly do not know.

My basic expectation is for the writer, by mastering language, to transcend language, and therefore be outside the larger culture, to belong to no time, to be the wilderness. And perhaps, then, to be in a position to give counsel to the times. To guide the species back to its humanity.

Essential, but I try to avoid it.

"What are the words you do not yet have? What do you need to say? What are the tyrannies you swallow day by day and attempt to make your own, until you will sicken and die of them, still in silence? Perhaps for some of you here today, I am the face of one of your fears. Because I am woman, because I am Black, because I am lesbian, because I am myself -- a Black woman warrior poet doing my work -- come to ask you, are you doing yours?"

I don't believe in genres. That's a term for agents and markets. When we write, there are only forms or structures, and the appeal is simply what implement works best for the task at hand. Oliver de la Paz said that every book for him means starting over and re-learning poetry, because he has to abandon the form that carried the previous book. I agree with that. Translation is different, though. It feels more tangible, more like a craft with the hands, chiseling at something with a pre-determined form. It's also free of the usual pitfalls of solipsism.

I get on with my life. Louise Gluck once went a decade without writing. So did Jack Gilbert. The life is a process of the writing. Recall Rilke's admonition to live forty years to write one good line.

Simone Weil, tremendously. The Bhagavad Gita. Rumi. And comic books, which I find to be both emptying and life-sustaining.

Cook a perfect cast iron ribeye without a thermometer. It's so simple but I can't get it right.

I would've been a martial arts instructor. It was either stay and do that (or join the military for the cash), or apply for college.

Language is everything for a broke immigrant kid in a non-English-speaking household. I had to confront the world as an alien either through the body or through language. In other words, for me: either through martial arts or through literature. Literature seemed to take me down a deeper path at the time.

Drafting a legal order for something I'm not allowed to talk about. And a novel.