she brings me watermelon, a magazine,
ice cream

he brings me a belgian waffle, a mango,
everything for the dinner he makes me 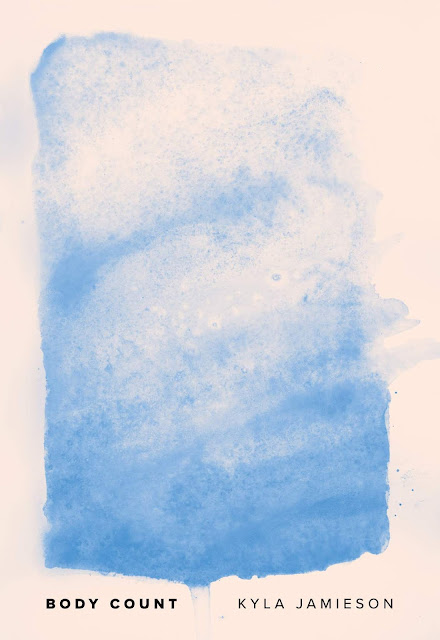 I was eager to see Vancouver poet Kyla Jamieson’s full-length debut, Body Count (Gibson’s Landing BC: Nightwood Editions, 2020), building upon the poems Kind of Animal (Vancouver BC: Rahlia’s Ghost Press, 2019). Jamieson’s poems are constructed upon a powerful first-person narrative of insistence, resistance and discourse, including critiques of literary and other cultural spaces for their treatment of women. “I’m grading papers & trying not to be biased / against students who objectify women.” she writes, in the second half of the short lyric “CANADIAN WOMEN IN LITERATURE,” “Later, I will realize I’ve inflated their grades.” As Rob Taylor notes in his recent interview with Jamieson at Read Local BC, she and Kayla Czaga each include poems to the other in their new collections, providing a curious kind of mirror-effect in the call-and-response between two peers, between two friends. As Jamieson’s poem responds, “Your Dear Kyla poems / make me feel better / about my name, though it / means lovely & I can’t / relate to femininity. Kayla, / I’m at the bus depot / & I’m so cold.” I am quite fond of the rhythms of these poems, from the prose poem to the accumulated and more traditional short lyric burst. There is also something quite compelling in the way she utilizes accumulation, short lines and even exhaustion in certain of her longer poems, such as the mid-section of the poem “THE BOOKSTORES IN NYC ARE GREAT WOULD BE / A WEIRD THING TO SAY OUT LOUD,” that reads:

I can’t be the only one
who doesn’t have time
for resistance. I didn’t
have to ask about
your flight or the border
b/c nobody stops you
meanwhile executive order
meanwhile frostbite
meanwhile Third Country
& here I am with
my internet & iPhone
& heat & money
in the bank.

Her short lines and line-breaks seem to propel the poem forward, pushing and collapsing against the slowness of her lyric, and the deliberateness of her language. The second half of the collection centres around her experience recovering from a concussion, sketching shorter lyrics through a fog of exile, even from her own thinking. “Last month I counted / the five hundred extra / hours I’ve spent sleeping / in this new state / where sunlight augurs / pain.” she writes, as part of the poem “IN EXILE I DRAW THE TOWER CARD.” I am enjoying the explorations here, the movements through thinking and frustration, and even the ways in which, via her concussion, she attempts to write and claw her way back into being. “Kayla,” she writes, to open the poem “SIZE MATTERS,” “I’ve decided / I don’t want to be small // anymore, but it’s a habit.” One hopes it is a habit that, through the process of writing, she is continuing to break free of.