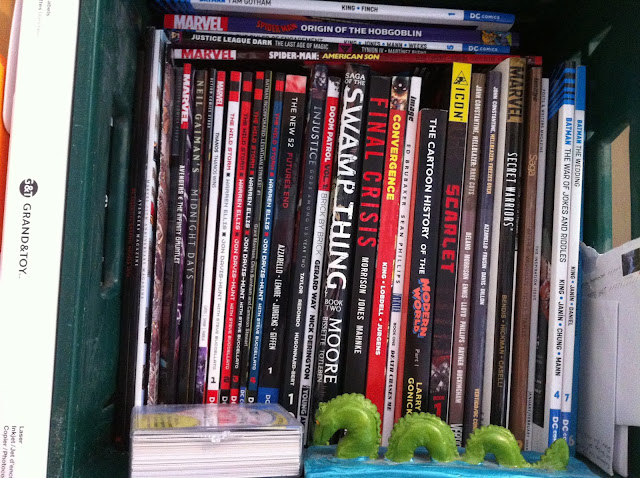 Avery Trufelman @trufelman posts to Twitter: “In the 1300’s Italians believed that people with the plague died within 37 days. So people and shipments coming to Venice had to wait outside the city gates for 40 days before they could enter.  The Italian word for 40 is quaranta. Hence ‘quarantined.’” When I offer this new discovery to Christine, she says she already knew that. I didn’t. Has it been forty days? March 13 was their last day of school and preschool prior to March break, from which we quickly learned there would be a two-week break from school to follow, and we’d a visitor stop by on March 14, which brings April 23 as our fortieth consecutive day of self-quarantine.

Writing from, and of, as Dani Couture, also via Twitter, coins it: “the small hours of self-isolation.”

Forty days, and forty nights. April 23, 2020. Forty days since we had any interaction with anyone outside our immediate circle. What have we learned through the process so far? Just how far have we come, and how much further have we to go.

I’m rereading Brian Michael Bendis’ Age of Ultron graphic novel. Perhaps this isn’t the time for such apocalyptic stories, although where else do I turn, now that new comics are no longer appearing weekly? Depicting when the world ends. Depicting as the world gets devastated. Perhaps I should move in a different direction, alternately through other stretches of his incredible run on The Avengers.

If one wishes to regain and retain ground, one could do no better than through poet Don McKay, a poet who maintains a foot in Glengarry County, even from his home base of Newfoundland. Listen to this excerpt from his Deactivated West 100 (2005):

How can you be lost? When the incredulity fades, when the anger damps down, when the fear diminishes from clamour to drone, the question may be open to receive other inflections, other echoes. The question may finally be a question. You think of Hamlet telling Horatio that there are more things in heaven and earth than are dreamt of in his philosophy, how entire readings of the play can depend on which word receives the emphasis. Sitting on your stump in the middle of a clearcut-to-come, you reflect on the paradox embedded in the common expression ‘to get lost’: you can’t get lost any more than you can fall asleep. Lostness gets you; sleep gathers you inward to itself. But being lost – can a person dwell in such a space, somewhere outside the ubiquity of plans, the falling boundaries and logging roads projected into the future? Deep in your backpack, Tomas Tranströmer murmurs of that nearly-discovered country between wakefulness and sleep, of Schubert’s music catching an entire life in a few ordinary chords, of a clearing which can only be found by someone who is lost.

Again, we speak of silence, and the boundaries of sleep. I think back to those first few days, those first few hours, after September 11, 2001. There were such unnerving silences broadcast across my Somerset Street West-facing front window. Such silences throughout Chinatown, and further east, into Centretown proper. We were glued to our televisions, afraid for what might come next. Office workers sent home, the Rideau Centre shut down, everyone on Parliament Hill sent home. Wondering if Parliament Hill might be a target. Wondering if I lived close enough to be affected, if something did happen. We could walk around, and interact, but everyone shocked into muteness. We broadcast our silence, increasing it. Making it larger, until we were finally forced, eventually, to speak. For our own safety. For our own sanity. How we had to return, led out of silence and back into speech.

The twinge in my stomach a few days later, when I saw that first airplane soar overhead.

Posted by rob mclennan at 8:31 AM
Labels: Dani Couture, Don McKay, essay, essays in the face of uncertainties, work-in-progress