One of the final poems in CAConrad’s The Book of Frank (2009) reads:

Frank is a
young boy
asleep in
ancient
Tibet

what you
thought was
your life is
really his
dream

he may
wake at any
moment

There was something in Neil Gaiman’s expansive The Sandman that spoke in similar directions: the city, and the dream of the city. What might happen to us if our city wakes? Anne Carson once wrote an entire essay on sleep, presented to The League of Canadian Poets as a lecture during their 2004 Annual General Meeting, held that year at a hotel in downtown Montreal. “This lecture will last fifty-eight minutes,” she told us, according to my notes from the time. There were dozens of poets from across Canada around large, circular tables in a Montreal hotel’s banquet hall, held close as Anne Carson spoke to us on sleep. Would to have remained awake through the entire lecture have been compliment or insult? To have drifted away? Later collected in her Decreation (2005) as “EVERY EXIT IS AN ENTRANCE (A Praise of Sleep),” Carson wrote:

The dream of the green living room was my first experience of such strangeness and I find it as uncanny today as I did when I was three. But there was no concept of madness or dementia available to me at that time. So, as far as I can recall, I explained the dream to myself by saying that I had caught the living room sleeping.

Carson suggests that rooms, that houses, might be able to sleep. Her title also suggests that you can always leave the way you came in. Remember that.

Gaiman’s lead character in The Sandman is Morpheus, Dream-Lord of the Endless, so it would be an understatement to say that sleep is an important element of the series. Dreams might be a different reality than the waking world, but that doesn’t make them less real. One of the most striking moments appears early on in the series, as those in the waking world, asleep due to the ‘sleeping sickness,’ are freed from their bonds. Some had been asleep for days, or even weeks, and others, for decades. They were asleep, and as suddenly, they were not. Awake at the flick of a switch, as they say. “And then she woke up.”

Days alternate snow squalls and sun, each one overtaking the other. 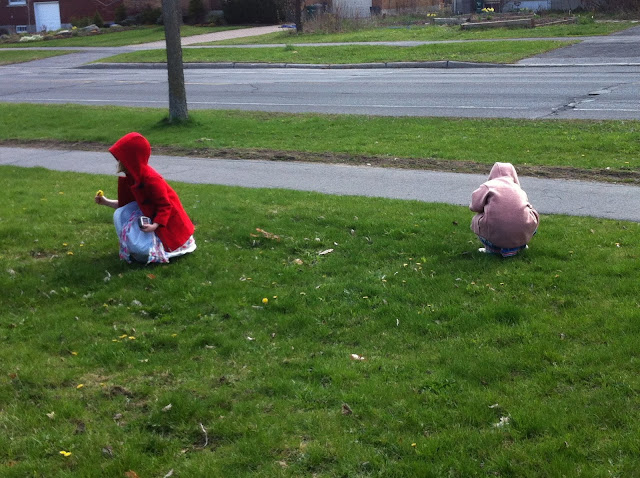 Newly-announced guidelines by the City of Ottawa recommend that, while myself and the girls might be able to go out for walks, Christine is considered high risk, and can’t even do that. I suggest she walk a marathon’s worth in our backyard, or inside our bedroom. She cares not for either suggestion. We remain in the house, even as April begins to shift melted snow into soft ground, the boundaries of grass and of lawn and of yard.

After lunch, Christine heads to the bedroom for a conference call, and our young ladies are packed with boots and coats and set loose in the backyard. Once outside, coats are abandoned, and Rose returns repeatedly to fill a container with water, to wash the caked dirt off their plastic water-table. She climbs their metal play-structure, surveying the yard. Aoife, too small to climb, hangs from the bars. I retreat to my desk and return to Julie Carr’s Sarah – Of Fragments and Lines (2010), a book I found quite remarkable when I first opened it, and still do: “To write in order to leave, for good, the day [.]” If we can leave today, somehow, might a new day begin?

I remember slipping Carson an envelope of poetry chapbooks on the day of the lecture: did I dream that as well?