12 or 20 (small press) questions with Jon Miller on Osmanthus 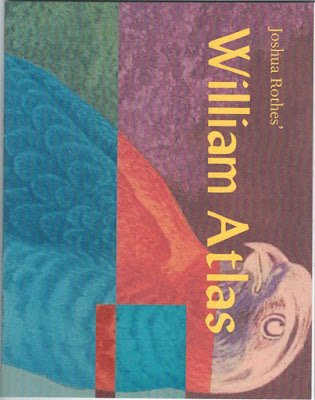 Osmanthus was formed on a hill sometimes called a mountain in Wuhan, China. Osmanthus intends to publish chapbooks and other objects that lie outside of genre and form. Jon Miller and Euan Kidston founded Osmanthus in Spring 2019, since then Carl Watts has come onboard. Osmanthus' catalogue includes chapbooks in English and bilingual books. Recent chapbooks include Mot and Agape by Brian Clifton, and William Atlas by Joshua Rothes. Osmanthus’ most recent release includes Honor Your Speed by James Butler-Gruett and Gabriel Dozal, and a forthcoming release by Candice Wuehle.

Jon Miller is a bicyclist and educator based in Wuhan, China. His writings can be found on A South Broadway Ghost Society (2019) and A Dozen Nothing (2019) with a broadside from Chax Press (2020). Jon Miller is a lecturer at Central China Normal University, where he is constantly clipping branches from the Osmanthus trees. As tea drinker and bicyclist, find him in the Osmanthus branches, or here on Twitter, @yawn_sea

Carl Watts holds a PhD in English from Queen’s University. He teaches at Huazhong University of Science and Technology, in Wuhan; due to Covid-19 he is currently calling it in from Hamilton, Ontario. He has published two poetry chapbooks, Reissue (Frog Hollow, 2016) and Originals (Anstruther, 2020), as well as a short monograph, Oblique Identity (Frog Hollow, 2019).

Euan Kidston is a brewer of beer and an amateur slide boarder. He is currently collapsing the wave function (observing, measuring) from his home in Wuhan where he looks after a Pokémon team’s worth of (6) animals. His writings cannot be found in many places yet other than his mind (circa 2010). He tends to the Osmanthus sometimes, tries to keep the website updated with the best clippings, and ensures the whole tree is fully functional

1 – When did Osmanthus Press first start? How have your original goals as a publisher shifted since you started, if at all? And what have you learned through the process?

Osmanthus is still a sapling. We officially started in April 2019, but only as a small-writing group. We met weekly, and I brought books and prompts for us to investigate and go through. To find something that members could take-away, we published an anthology that summer, which coincided with our first reading and open mic. We’ve strayed from the open mic format. It’s nice, but more interesting to organize a reading & performance series.

In December 2018, Charles Alexander gave a lecture at the Chinese-American Poetics Conference held at Central China Normal University, Wuhan, China.His lecture was about the history of Chax and focused on book objects that he first made. Those objects showed me that it is possible for a book to convey information in a different way, other than the linear straightforward way. From there, I bought some bookmaking tools and got into the process.

To have fun. To expect little but give a lot.

That’s tough like if no one else is doing it, then I’m most likely unaware. Maybe Osmanthus’ production side is different. I intend to assemble everything by hand, so basically just printing in my apartment, and saddle-stitching the binding. All our books are hand-assembled, so that seems different. Maybe not though because I see this as in the same lineage as xerox-copied zines. Chapbooks or booklets are basically the same thing with different production qualities.

Always at poetry events & performances. Most of the sales are from poetry events. We’ve sold some at bookfairs. We’re also trying to find a model that once we’ve sold through an edition that we’ll break even then have enough money to print a second edition, or work on the next book. Ideally I’d like to get a book out every month with publishing eight books a year. To go off of another question too. Osmanthus will likely develop into a subscription service.  With like a reader paying something like $50-60, then they’ll receive all the books of that calendar year, or they’ll receive 8 books of their choice.

Light touches are preferable with the approach that a mistake in the work is intentional, or that an unrealized mistake or deviation from standard grammar is an unconscious personal part of the work. I’d rather let that personal flourish stand than impose my ideas on someone else’s work.

Through bookstores and other events. We sell online through our website too. We started off doing runs of 100 but have decided that small runs of 65 are sustainable, and when a second edition is needed then we can always produce more. That’s always changing. Nothing is certain, but for now we’re sticking with 65 copies per edition. It could change though if the book’s format changes like if the time to produce the book would take exponentially longer than producing a typical chapbook.

With Brian’s books, one night I got a bunch of friends together and assigned everyone a task, someone to thread the needles and someone to stitch the books, and then trim the books. It was fun, and when finished we went out and shared some beers. That was fun, but it’s hard to organize the amount of people a second time, so mainly Carl Watts has been a mainstay with production and advising throughout the entire process, not just with the chapbooks, but about directions in which the press has gone. My partner has also been super supportive. She’s my go-to for design advice like she’ll help rope in concepts to something that looks super great.

9 – How has being an editor/publisher changed the way you think about your own writing?

Editing has given my writing a more objective take. Recognizing many different styles and personal flourishes. 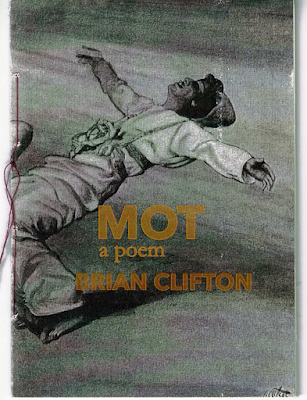 10 – How do you approach the idea of publishing your own writing? Some, such as Gary Geddes when he still ran Cormorant, refused such, yet various Coach House Press’ editors had titles during their tenures as editors for the press, including Victor Coleman and bpNichol. What do you think of the arguments for or against, or do you see the whole question as irrelevant?

Torn on this question. I’ve noticed many presses self-publishing their own work. I do not see anything wrong with self-publishing work on an imprint. Maybe some see it as tasteless, but I think it places more impetus on the writer to really hone the work before putting it out. If the self-published work is not good, then in a way that just delegitimizes the press for some. I’d say go for it. Publish the work, and really a lot of times the form letter is “we didn’t have a good fit for it at this time, but maybe next time.” Why not go out and carve your own space then? Or just leave space for others.

11 – How do you see Osmanthus Press evolving?

That’s a huge question, especially since we’re still in month three of really exhibiting and holding events outside of Wuhan. We’re currently talking with some friends who run a cassette label. A partnership where we’d put out audio recordings of writers, or noise or drone albums to act as soundtracks for the chapbooks. We are also expanding our website to include a digital weekly feature called Clippings from Toad Palace, a name that comes from a Chinese idiom. With that all said it’d just be good to keep things simple and keep putting out chapbooks, keep saddle-stitching away, and to have fun while doing it.

12 – What, as a publisher, are you most proud of accomplishing? What do you think people have overlooked about your publications? What is your biggest frustration?

Proud of this project. It’s been hanging out inside for the last six years. I helped a friend in the planning stages of a literary magazine back in 2014, but when I left for China, I decided to step away and get into life abroad.

13 – Who were your early publishing models when starting out?

Chax Press. Empty Bowl is a recent discovery when I found some Red Pine translations on their site. Inside the Castle out of Lawrence, KS is doing some rad work. To be honest I’ve been so removed and not paying attention to the writing world for the last six years, that everything seems fresh. Joshua Rothes runs Sublunary Editions, who I discovered after he submitted William Atlas to me. Sublunary does monthly mailers. Matthias Svalina too with the Dream Delivery Service. Other than that, I went to AWP in 2019, which was a good large dose, macro-look into the publishing world.

I’d rather just talk to individuals as individuals rather than as some representative of a press. I think that’s part of the reason why I’m keeping the Twitter account personal rather than creating an Osmanthus Press Twitter account. Send me physical mail too rather than digital mail. If you want a mailing label for my Wuhan address, then find me somewhere and I’ll give you one.

With that said, before the coronavirus, I was in conversation with Beijing-based Spittoon. They’re publishing high-quality physical journals of bi-lingual work, so I guess going back to the original idea of shaping publishing methods. I think with them having a nice high-quality physical journal carved out that I wanted to focus on something different and make quality chapbooks, featuring bilingual editions, but also exclusively English editions too. Bilingual chapbooks are important to me, especially given my daily life in China.

Crucial to us. As much as we love publishing chapbooks, our heart is in Wuhan. Regardless of when/if we get back to Wuhan, sharing work and giving attention to writers in the community is super important, especially if the writer’s goals aren’t professionalization in the publishing tracks, but that they’re more hobbyists. It’s still important to legitimize those writers and their work.

Twitter and Instagram, and fighting with the Tyranny of the Screens! I’d love to minimize the digital presence. Euan Kidston our web editor takes care of everything web-related. He’s built out the website, and he’s been involved since the very beginning.

Keep the submissions coming. We have our weekly digital feature called Clippings from Toad Palace. We’re not looking for confessional poetry and we’re not looking for something tame and middle-ground poetry. Robert Frost and Billy Collins, we’d love to publish your work, but other places might be best.

1 8 – Tell me about three of your most recent titles, and why they’re special.

Our first three titles William Atlas by Joshua Rothes, and MOT and Agape by Brian Clifton are special because they are diverse in style. Personal aesthetics lean more towards the experimental side, and a really keen interest in prose poems. All three of those books represent the spectrum of forms that we’re searching for at Osmanthus. I’m interested in work that has an ambiguous form, whether that’s individual chapbooks or indicative of books that we publish, we’re going after something ambiguous.

I’m super grateful for them because they’re the first titles with Osmanthus.

I’m also super grateful for Carl Watts and Euan Kidston for their continued support with the project and helping it grow.