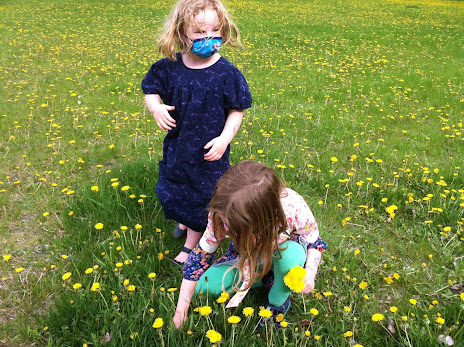 Today is staycation day #435, although I’ve finally and already had my first shot, as has Christine, a few weeks back. Are we safe yet? Will we be soon? At least the summer has been summering, allowing our wee monsters to navigate the backyard. Our second shots scheduled, loosely, for July.

And you’re watching for all the interviews appearing up at periodicities, yes? With the shortlisted authors in this year’s Governor General’s Award for Poetry as well as this year’s Griffin Poetry Prize.

Brooklyn NY: The second chapbook by clones go home is Brooklyn poet Anna Gurton-Wachter’s latest, my midwinter poem (2021), an extended poem that was, according to the notes at the back of the collection, “written on Midwinter Day, December 2018.” “It is the fortieth anniversary of Bernadette Mayer’s // Midwinter Day,” the piece begins, “And I’ve just come home // Craving chocolate and whiskey // We arrived to the celebratory reading of her work // Dreading it, dreading leaving the house // Dreading poets // And then feeling glad to be out // The joy of poets // And their beautiful strangeness [.]” As critic Andrew Epstein posted on the New York School of Poets blog on December 22, 2018, to celebrate the fortieth anniversary of the composition of Mayer’s Midwinter Day (New Directions, 1982), quoting from his own Attention Equals Life: The Pursuit of the Everyday in Contemporary Poetry and Culture (Oxford University Press, 2016):

On December 22, 1978, the young American poet Bernadette Mayer undertook an unusual experiment that she had been planning for weeks.  She wrote an entire book-length poem during and about the events and thoughts she experienced on that particular day.  She later described the resulting poem, which she titled Midwinter Day, as “a 120-page work in prose and poetry written on December 22, 1978, from notes, tapes, photographs, and memory.” The poem recounts an ordinary day in the life of a young woman, her husband, and two young children in the small town of Lenox, Massachusetts, where Mayer and the poet Lewis Warsh, had recently moved from New York City. As Alice Notley has noted, Midwinter Day is an “epic poem about a daily routine.”

Although it was not well-known at the time, Midwinter Day has increasingly come to be seen as a major long poem of the past several decades. While still hardly a household name, Mayer has lately become a beacon for younger American women writers who are still trying to negotiate what is often referred to as “the juggle”–the irresolvable balancing act of work and family that contemporary women endlessly struggle with. Many young poets today feel that Mayer managed to find a way to reconcile these competing roles successfully, long before the “mommy wars” of our day.  Her books of the 1970s exuberantly demonstrate that one can be a poet and a mother at the same time and still survive, and even thrive.

There is something quite fascinating and charming in Gurton-Wachter focusing her attentions on the celebration of a work echoing the structures of that work, as her own mini-epic, not only about routine, but about the celebration event itself, and her interactions around and about that. Given how much this structure appears already part of Gurton-Wachter’s ongoing poetic, it would suggest Mayer’s work a hefty influence on hers for some time. my midwinter poem seems as much a thank you as a response to the source, and an acknowledgment of the anniversary event.

Rebekah said a poem of mine

Was brave to write

How her saying the word brave

Changed the words of the poem for me

Expanded them beyond the events I had meant to recall

How many times has that happened

There are some chairs at my apartment

That I want to get rid of

They have just been sitting unused

In an area nobody ever wants to sit

And I remember the part in another

Of Bernadette’s poems where she and Peggy

And maybe someone else were wishing for chairs

Longing for chairs, dreaming of them

And then look outside and see someone has just thrown

Some chairs out on the street

Right in front of their apartment

And what a gift from the universe!

Ottawa ON: I’ve been finding it intriguing that part of Ottawa-area poet Robert Hogg’s reemergence the past few years has included his reworking of poems originally started, or even completed, during his younger days in Vancouver. Following the recent chapbooks Ranch Days (for Ed Dorn) (Ottawa ON: battleaxe press, 2019) and Ranch Days – The McIntosh (Kemptville ON: hawkweed press, 2019) [see my review of such here] is A Quiet Affair: Vancouver ’63 (BC: Trainwreck Press, 2021). The author of a handful of poetry titles over the years, Hogg originally emerged in Vancouver in the early 1960s as part of the circle around TISH magazine and Warren Tallman (he later became a TISH editor, during one of the journal’s later periods) before relocating to Buffalo for school, and landing in Ottawa in the late 1960s to teach at Carleton University. A Quiet Affair: Vancouver ’63 is composed as an extended, first person and chapbook-length single documentary-style lyric around the author’s own romantic and legal complications during and around the infamous 1963 Vancouver Poetry Conference. Mid-way through the thirty-page poem, he writes:

The narrative wraps in and around various threads, from the news of the conference, a series of drug busts and a sequence of girlfriends, some of whom overlap, return and reappear, disappearing into the ether of history.