Too many questions
irritate the baby

on our way to the margins
of the forest, where the stars of our others

are waiting. They have the knobs,
coins, buttons

and we line up according to this system.
At HO scale the bears

are hardly threatening, though in the end,
bears.

Can we make it work for us? (“In Search of Lost Time”) 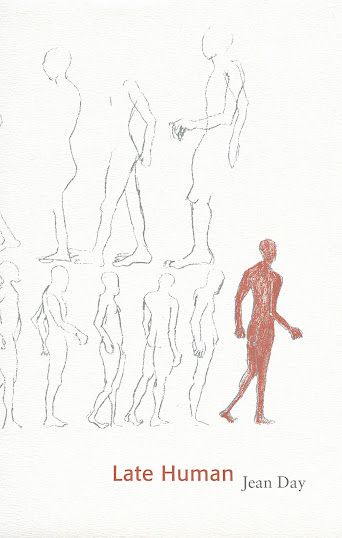 The poems of Late Human explore, in unusual twists of perspective and thinking, the questions between the unanswerable, and around certain questions that have long been answered. “Having sopped up the mess,” Day writes, to end the eighth section of the ten-part sequence “WHERE THE BOYS ARE,” “Or stopped a door with a thud from closing / So the Children of Corn may sow their seed / absolutely certain / That the longer a person remains unsexed / The older he or she will live // To apostrophize [.]” These poems are quite remarkable for not only what they achive, but what they achieve so quietly, and with such ease. Day’s poems play off sound, meaning and rhythm, offering sequences of thoughts pulled apart and strewn together in a delightful and almost deadpan linearity that makes sense even as one knows it possibly shouldn’t. “I don’t want to speak for you / but we have to start somewhere,” she writes, to open the poem “A Sentimental Education.” Later on, in the same piece, offering:

If you begin life crying
as most of us do

at the coast of wanting it not
to be about that