It’s not your taste for cheap beer
or the fact that your couch smells like boys.
It’s not the way your little cat gets stoned by accident
or that at your same party last summer

someone barfed on my new green shoes.
It’s not because I know that this time
there will be no piñata because right now
you’re really into being an adult.

I’m the drying grass in the hottest summer yet
& you’re the sprinkler that only works on the weekends.
I’m the kid with the broken telescope,
just a little dot on this planet,

& you’re that big beautiful moon.
I can only look at you from here. 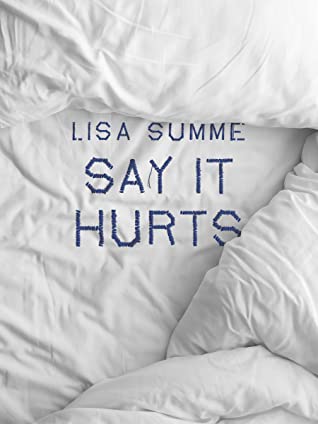 This is a book of emerging, discovering and becoming; the realization; of flirtations, girlfriends and not-girlfriends, seeking out the answers to and repercussions of what the heart wants. As she writes to end the prose-sequence “Elegy”: “You & Fred on the couch in his living / room. You & me on the couch in our living room. You could have any girl / you wanted.” This is a book of recollections and selfies, a book of elegies and small celebrations; a book of joy and grief and uncertainty, as she attempts to move forward. “my grief flying out,” she writes, to close the poem “Your Pinterest Board Called Wedding,” “the window of you: what you like / about the finch: it always returns home [.]” These are incredibly sharp and revealing poems, and there is wisdom in these recollections of youthful exploits; the first loves, infatuations, explorations and big feelings. It is entirely possible, as well, that the poems Summe discussed in an interview back in 2013, conducted by Mike Dockins for the poet’s billow, might have been the openings of what eventually became the collection Say It Hurts:

My most recent idea, and I’m just at the beginning stages of this—having written eight or so poems for it—is a chapbook that is a fictionalized re-telling of my experience at an all-girls Catholic high school in the mid-2000s: falling in love with a girl, having her quit our relationship because she said she wasn’t gay (while I was declaring that I wasn’t gay either), trying to date guys to get over it / be “normal,” and having to deal with all of this on my own, as I was not yet out and didn’t feel safe talking to anyone about my feelings because I was taught that my feelings were wrong. These are poems I’ve been wanting to write for a long time, but just couldn’t. Ten years later, I feel ready to go back and revisit both those feelings and that girl with a critical eye and with the ability to shape the whole thing into what I hope will be an interesting narrative about coming out and dealing with the surprises of unexpected love.

As she writes, “the surprises of unexpected love.” I can’t imagine a better tag-line for Say It Hurts than this.