Portland, Oregon poet and fiction writer Zachary Schomburg’s latest poetry title is Fjords vol. II (Boston MA: Black Ocean, 2021), described as the “second volume of Zachary Schomburg’s Fjords series of evocative prose poetry,” following the prior volume, Fjords vol. I (Black Ocean, 2012). I’m curious at the extension of his prose poetry project and how far it might continue, and if it sits within or alongside the trajectory of his other published poetry collections, all of which have appeared with Black Ocean: The Man Suit (2007), Scary, No Scary (2009), The Book of Joshua (2014) and Pulver Maar: Poems 2014-2018 (2019) [see my review of such here]. The pieces in Fjords vol. II are each short bursts of individually titled, single-paragraph prose poems collected together as a book-length suite. The narratives of Schomburg’s poems are fond of establishing a simultaneous light and dark tone, and writing poems with odd turns, and endings that sit, not as endings, but as a place for the mind to pause. In many ways, Schomburg’s poems haven’t beginnings or endings, but points at which the narratives start, with another point where the narrative stops. The effect is occasionally jarring, often turning bits of the logic of each piece back in on itself, as though it is for the reader to discern each poem’s actual shape: far bigger on the inside, perhaps. These are poems that reveal themselves in layers, and reward repeated readings.

GIVE A KITE TAKE A KITE

I started a Give-a-Kite-Take-a-Kite program at work. Everyone was stressed about the big project, so it was the least I could do. I thought about all the different box kites dancing against the sky over the tree tops. But no one ever used it. It was just a waste paper basket in the corner. One day, I saw a frog in it. 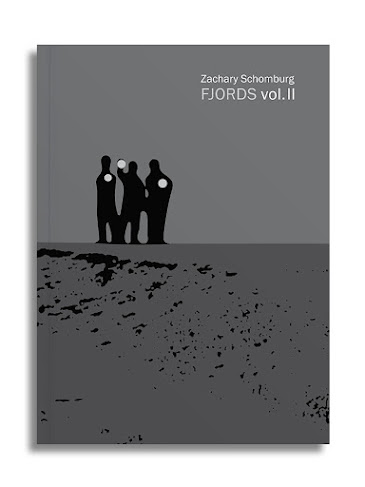 There is such a lovely ease and density to these pieces, providing an ease in which he unfolds certain difficulties. There are structural echoes in the work of Canadian poets Stuart Ross and Gary Barwin, providing elements of surreal shape and logic in dense, poetic form, although there isn’t any reason why one might think Schomburg might have heard of either of these poets, let alone read their work. One might even see Schomburg’s influence in the work of poet Benjamin Niespodziany, as well, for the dense prose lyric and assembled narratives.

These are incredibly powerful, almost wistfully, sixty-one prose poems of simultaneous delight and loss, of simultaneous miracles and sadness, fully aware that the latter of each pairing wouldn’t even be possible without the former. Writing of laundry rooms, fjords and fathers, Schomburg explores the magic of daily possibility, in poems that understand how joyous it is to live, and how far the heart might fall. Writing on dunes and fjords in the second poem of the collection, “SUNA NO ONNA,” Schomburg ends the piece with: “I / am a true dune, I am a true fjord, and how I long only to / be a dune, and how I long only to be a fjord. You think / it’s easy to be sealed up inside yourself, like a person / inside a person, holding onto your secret name like your / last glass of water? Look at you go, how you go to your / own funeral forever.”

THE CRUSHING PAIN OF EXISTENCE

My dad had a favorite spoon. Before each meal, he’d shuffle the little stack and pick it out from the drawer. He’d push his thumb into it and rub it around. It was smaller than the other spoons, and a different shape. It fit into his mouth better, he’d say. I lived only to see how long I could outlive him, how long I could carry it for. Then one day I lost it. Morning came again, and again, and again. I love you is a wish.