I’ve been eager to explore titles from Beir Bua Press, an Irish publisher that appeared to emerge out of nowhere a short while back, and seemingly publishing stellar works of experimental writing from the get-go; the first of their titles I’ve managed to get my hands on is Hamilton writer Gary Barwin and St. Catharine’s, Ontario writer Gregory Betts’ collaborative The Fabulous Op (April 2022), a book of collaborative play, response and experiment through a bleed of text and image. “re new / re new grief / re language rising / re broken laugh / re always,” they write, mid-way through the collection, “recomposing / as what you / riot / you art [.]” Barwin’s collaborative explorations have become more prevalent over the past few years, although he’s been working in the form for some time, and this particular collection seems an extension of their previous collaborative effort, The Obvious Flap (Toronto ON: Book*hug, 2011). As they offer as part of a preface: 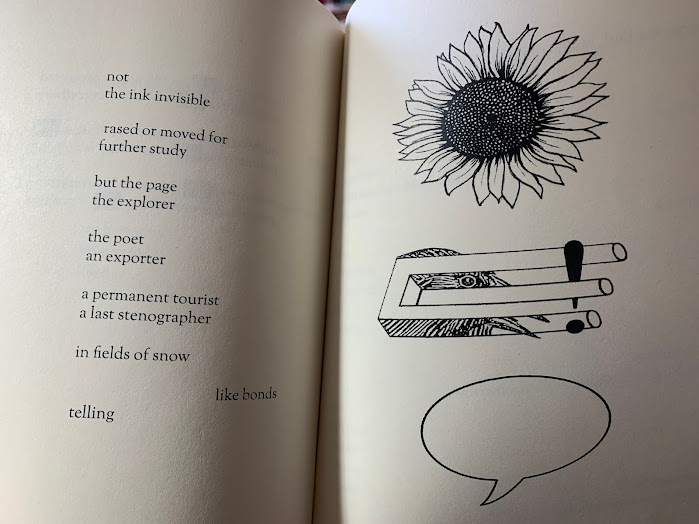 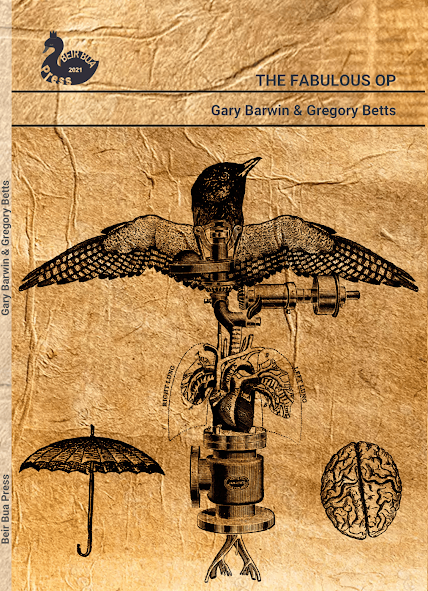 For the curious, other collaborative efforts by Gary Barwin include a forthcoming collaboration with Toronto poet Lillian Nećakov—Duck Eats Yeast, Quacks, Explodes; Man Loses Eye (Toronto ON: Guernica Editions, 2023)—two recent full-length collections with London, Ontario poet Tom Prime—A CEMETERY FOR HOLES, poems by Tom Prime and Gary Barwin (Guelph ON: Gordon Hill Press, 2019) [see my review of such here] and Bird Arsonist (Vancouver BC: New Star Books, 2022) [see my review of such here]—Frogments from the Frag Pool (with derek beaulieu; Toronto ON: The Mercury Press, 2005), Franzlations: the Imaginary Kafka Parables (with Craig Conley and Hugh Thomas; New Star Books, 2011) [see my review of such here] and the collaborative novel The Mud Game (with Stuart Ross; The Mercury Press, 1995), as well as chapbook-length collaborations with Alice Burdick, Amanda Earl, Tom Prime and even myself. Ever since the publication of Barwin’s For It Is a PLEASURE and a SURPRISE to Breathe: new & selected POEMS, edited with an Introduction by Alessandro Porco (Hamilton ON: Wolsak and Wynn, 2019) [see my review of such here], I’ve been curious at the possibility of editor Porco perhaps furthering his examination of Barwin’s ouvre with a volume of selected collaborations; it would be interesting to see the length and breadth of that particular and seemingly ongoing thread of his work. And one might argue, in certain ways, that everything Betts’ produces is in some way a “response,” from his collaborative efforts to his own solo projects, including The Others Raisd in Me (Pedlar Press, 2009), a collection of poems carved out of William Shakespeare’s sonnet 150 [see my review of such here], collaborative works with Arnold McBay, as well as the ongoing “Mutter Sound” collaborative project with Barwin and Toronto dub poet Lillian Allen.

Through the pieces of The Fabulous Op, Barwin and Betts offer twists of anagrammatic text and puns, texts shaped and re-formed as image, and images recombined and reconstituted, blending shifts and structures and expectation. There are ways in which their explorations of visual and sound exist almost prior to any consideration of meaning, less tethered to the possibilities of how words and images form meaning than the sense that their collage-suites of visual and aural explorations might provide. While their medium might heavily include language, one might attempt to seek meaning from their explorations in the same way one might seek similar from the paintings of Roy Kiyooka, an album by Dave Brubeck or a recorded performance by either The Four Horsemen or the Nihilist Spasm Band. The expectations of how one reads becomes important. Flip through the collection, and catch what they are doing. Can you see what they’re doing?