Behold:
Grendel the Underlord
plosive petard-hoister
one against the many, heel-goaded
nobody’s king, nobody’s persona
grata.

Behold:
the Grendel
pride in pride 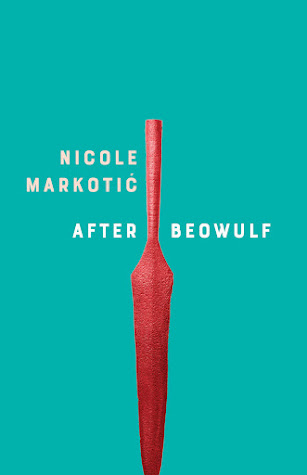 Windsor, Ontario-based poet, editor, writer and critic Nicole Markotić’s latest full-length poetry title is After Beowulf (Toronto ON: Coach House Books, 2022), a book of simultaneous translation, transelation (as Moure coined it, via her 2001 Anansi title, Sheep’s Vigil by a Fervent Person) and reimagining of the classic Old English poem Beowulf (c. 700-1000 AD), rifling through a myriad of forms as a way through her own reading of an ancient poem imagined, interpreted and reimagined from Seamus Heaney’s translation to an episode of Star Trek: Voyageur. Reworking one of the earliest of epic poems through English and Danish traditions, there is a swagger to Markotić’s lyric, one propelled by both character and the language, writing a collage of sound and meaning, gymnastic in its application and collision. As is well-known, the old stories adapt themselves to our requirements, and update to meet and suit us [see also: my review of Helen Hajnoczky’s Frost & Pollen, which includes a reworking of The Green Knight], and Markotić works her assembling of language, lyric and permeations of English into a kind of Frankenstein’s Monster, stitching together scraps from a variety of prior adaptations, and a language-hybrid that blends contemporary banter with Old English. “Herewith trespasses / Grendel – no introduction – breaks into / the Introduction,” she writes, early on in the collection, “foul foundling, heaping with narrative potential / (contrast: that ‘one good king’ / repeating line, colossus-driven) / his celebmentia gains real estate / then fades to black, fades / into macabre backstory.”
Posted by rob mclennan at 8:31 AM
Labels: Coach House Books, Nicole Markotic