So, unloved – can the body ever speak? (“ON SEVERAL SERENADES FOR BENEVOLENCE”)

The full-length debut by Prathna Lor, following the chapbooks Ventriloquism (Future Tense Books, 2010) and 7, 2 (knife│fork│book, 2019) [see my review of such here], is Emanations: Poems (Hamilton ON: Buckrider Books/Wolsak and Wynn, 2022). Emanations is constructed as a triptych of suites—“ON SEVERAL SERENADES FOR BENEVOLENCE,” “RED BEACON” and “PEDAGOGY OF RIDICULOUSNESS”—each assembled as accumulations of lyric fragments, halts and hesitations stretching the boundaries of narrative and connective tissue, moving forward without clear endings or closures. “Think like a painting.” Lor writes, to open the second section. There is such an openness to Lor’s ongoing, meditative lyric, one that wrestles simultaneously with spirituality, self-determination and the boundaries of commodification, as the opening to that second section continues:

In a cavern before a headless Buddha, heads stolen and sold, now common as decoration, where refuse was lost because the cities were emptied, because labour triumphed over thinking, over beauty. Because it was in the name of the people. I hear the serpents’ call. They cloak the Buddha, shading reverie.

I follow the agony as a descendent of the viper.

Cadmium can be a beautiful word. And I a bang. 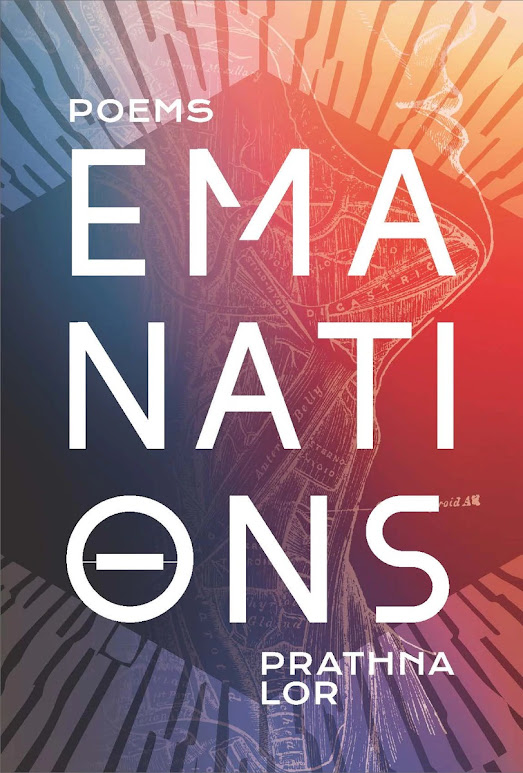 Lor writes across the contours of self-creation and discovery, articulating values of both the collective and the personal, and the ways through which so much is lost through commodification. “How a poem / never lies,” the second section offers, “only / dilutes what is given to speak / what is given to breath [.]” Later on, in the same sequence-section: “And there you are thinking light / an incomplete fabrication / moved by a pronoun / I am living, finally, / because I learned the death in the line [.]” Lor’s lyric presents a metaphysics of concrete language, writing out the nuts and bolts of the space where language speaks, and not only informs but holds meaning. “You can dream in another tense.” Lor writes, as part of the second section. In Lor’s 2020 interview via Touch the Donkey (which offered a slightly different title of their full-length forthcoming than what emerged), they offer:

The difficulty, again, for me, is thinking about the breath of the poem, the work of voice and reading, over a longer period of time, or via a larger scale, when the poetic tenor I am trying to explore is so punctual, economical, propulsive. Rhythms and intensities would have to change, modulate, etc., but, of course, over the course of one’s life, I feel as though it is a single line, a single rhythm, towards which I am relentlessly returning, and I suppose that part of my anxiety about sustaining over time/distance is the fear of it dulling over each reiterative sensation.