Hsin is less a set of moral standards than an appeal to tune. Heart-mind and nothingness are fair English translations, but their tidiness risks losing some of the sharper, wider sides of absence and appetite. As a historical process, according to Thaddeus T’ui-Chieh Hang, Hsin frustrates “the psychological fragmentation and compartmentalization of the West.”

I focused on Hsin for this book because it is the word at the centre of Su Hui’s ancient, intricate, and lost palindrome of longing.

It took a few days to begin to write out my notes on the full-length poetry debut by Nova Scotian poet Nanci Lee, her Hsin (Kingston ON: Brick Books, 2022), given the prompts it generated in my own thinking around adoption and identity, especially based on information garnered over the past two years through multiple genetic connectors (but enough about that). The poems of Hsin fragment, collect and pool across a wide stretch of narrative and meditative lyric, composed as a way to situate, navigating adoption, and seeking to connect properly to her disjointed cultural threads and elements of family. “It’s been decades.” she writes. “I can imagine that you, / too, must have had a full life.” Structured in three sections—“Who are you?,” “What do you obey?” and “How will you prepare for your death?” she writes from a very specific prompt, seeking resolution, clarification and the ways through which the proper questions might emerge. She seeks clarification on questions that have been building across the length and breadth of her life, some of which might never find the answers she seeks, in the forms she might seek them. In the first section, she offers:

You were born too
soon. Long and lean,
sallow skin. She left
Hong Kong to study.
He left just after
your birth. Syrian,
medium build. You were
fussy, didn’t like to be bathed,
undressed. She showed
little interest in you.
Said they were friends.
She was raped.
You loved to talk.
When you were made
ward of the crown,
she stayed poised. 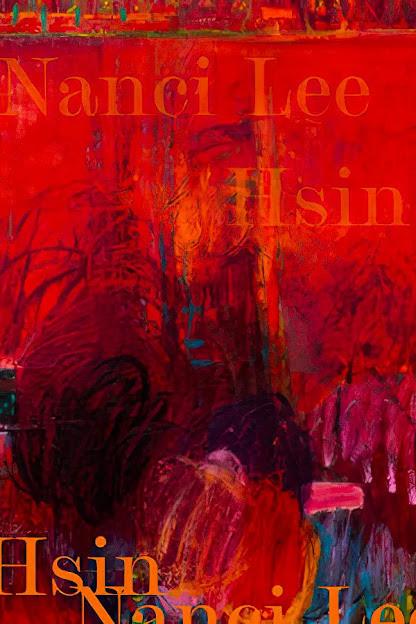 In certain ways, this is a collection of poems composed around and on the very idea of silence (reminiscent, through that singular element, of Nicole Markotić’s debut novel). “My birth / mother found me decades later,” Lee offers, “only to lose her own mom. This was / a sign, she was sure of it. The gods made her a trade for silence.” Composed through great care and a deep attention, Hsin emerges as a work of grief and loss, discovery and searching, held as the notes produced across the journey as it unfolds, unfolding. “predictable /// if you know // from where / in the sequence ///// does a mother / want [.]” she offers, elsewhere in the first section. There are elements of this collection that echo some other titles that Brick has been producing lately, especially since the shift in editorial and ownership; an echo of other of their book-length poetry debuts that explore familial loss, identity and placement through the gathering of meditative and narrative lyric fragment, whether Andrea Actis’ Grey All Over (2021) [see my review of such here], or David Bradford’s Griffin Prize-shortlisted Dream of No One but Myself (2021) [see my review of such here]. “Nothing from nothing means nothing,” Lee writes, early on in the collection, “she hummed from the back- / seat of the Pontiac, swallowed in afternoon sun.” To open the collection, she offers a brief note for the sake of context to her title. The short note ends: “Body is history and Hsin holds silence in ways that both claim and keep it at bay.”

He slept in church and cycled to fires. The gods didn’t mind because he fed the animals, cleaned their cages.

He stuffed the gaps with garage-sale finds. Didn’t fly or borrow, marry Chinese or make a single apology I can remember. As the attic filled, we threw out the junk.

But now I recognize a man who can make himself comfortable.

Eccentric, or as they say of those with no money, odd. Simply hung up the phone when he had nothing left to say.

When I came from meeting my birth mom, he asked, So, was she good lookin’?