Brenda Coultas, The Writing of an Hour

A day of abandonment. I abandon the page. I abandon the summer, the sun, the hammock: regrets as plentiful as grains of rice spill on the countertop.

Reading Unica Zürn and thinking of The House of Illnesses, her architecture. Wondering if I have the courage to feel the edges of my practice.

Yesterday, ate like a mad woman. Buttery grilled cheese. Potato with sour cream, burger, two beers. Mad cow eating … Long fast then devouring fat and sugar. My fear of having everything and nothing to say. At mid-life never to live in the abode above, my glance is at earth level on the earth plain.

Yesterday, unveiling of a Sojourner Truth marker on Route 9. A historian said, “This is the path, this is the tavern site, and this is the house of refuge.” 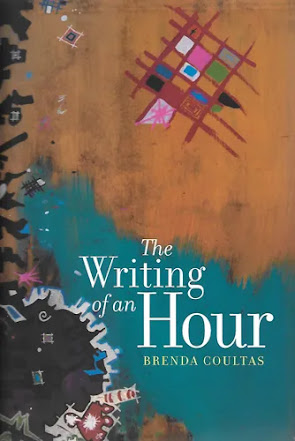 The latest from New York City poet Brenda Coultas is The Writing of an Hour (Middletown CT: Wesleyan University Press, 2022), a collection that frames itself, at least in the opening section, as following composition across a temporal structure. As the second poem, “Hour II,” begins: “This is the hour of writing, raining and dark days of winter.” She writes through the hours, echoing structures done by plenty over the years, including bpNichol as part of The Martyrology, or even Cole Swensen’s Such Rich Hour (University of Iowa, 2001), which wrote around a fifteenth-century book of hours, the Trés Riches Heures du Duc de Berry. In Christianity, to compose a “Book of Hours” was to compose a sequence of praise around the structure of daily, liturgical and unchanging time: one day much like any other, but for those Holy Days, which itself echoes the unchanging and uncertain temporal movement of these pandemic times. There is the hint that this collection was shaped during the pandemic-era, which would to a growing list of books written in seeming-isolation, and the isolations she writes through are vast, from meditations on travel, domestic hours writing or moving through compositional space during time spent travelling to Iceland. “Pushing face against the portal to look for human habitation,” she writes, as part of the poem “INSIDE THE CABIN,” “for / buildings and traffic. Seatmates, a young couple, maybe lovers; I had / the sense that once on land they would split up, and perhaps they / had never seen snow [.]” Through the framing of the hour, Coultas utilizes the mark of the passing of an hour as the only difference between time, offering a tether to replace an existence that might have been marked by other, external structures, whether social engagements, erranding or work-related schedules. As “Hour II” continues:

I cannot distinguish fact from fiction.
Houses from accessories
Bowls from pitchers
Armoires from wardrobes
Carriages from shopping carts

Working through five sections—“THE WRITING OF AN HOUR,” “A CHANNEL OF SOFT EARTH,” “JOURNAL OF PLACES,” “INSIDE THE CABIN” and “MORTAL BEAUTY,” Coultas writes of attention, of the foundation of shifting days and geographies; a book of isolations, from writing alone in a room to the self-aware tourist in colonial spaces. Through her hours, her days, she seeks her own relationship to temporal matters, to the movement of time itself, as well as her relationship, as an American, to the spaces of other geographies. “I gave myself permission to fail and to say anything on / the page and after all my loud self-talk,” she writes, to close the poem “Beginning of An Hour,” included in the first section of the collection, “I fell silent.” She opens her collection as a book of hours and expands that into a book of days, looping her temporal markers further out, writing the differences and the unchanging nature of days and days and writing days. “How many days in close quarters?” she asks, as part of the poem “UN-WRITTEN,” “Did Noah smell like // Horse sweat or hay? / More than one flood made this world [.]” Or, as part of the entry dated “August 20, 2015” as part of the prose-sequence “JOURNAL OF PLACES,” a section that very much echoes prior works including Robert Creeley’s infamous A Day Book (1972) or even Sawako Nakayasu’s Texture Notes (Letter Machine Editions, 2010):

At La Casa Azul when the guard left the room I leaned over the velvet rope to glimpse myself in that mirror but set off an alarm instead. Like the woman in Amherst caught trying on Emily Dickinson’s white dress, I would  have tried too. Could I wear Emily’s dress or lie in Frida’s bed? Like typing in a poem that you love and hoping that poem’s glory becomes yours. You’re a tourist in local drag, but there could be a transfer of genius or a blessing if you touch that cloth that touched them.