Back to School : a(nother) stay-at-home story, 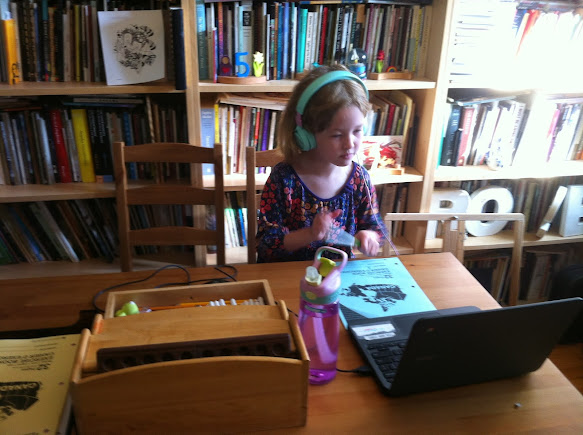 Another school year has begun, as well as our second annual September where our two wee monsters remain home as part of online learning: Aoife is in senior kindergarten, and Rose is in grade three [see my report on the beginning of their prior year here; and the end of that same year here]. Given Christine is considered high-risk, we simply don’t feel comfortable sending them out into the world, fully aware that we’ve the luxury, between Christine’s working from home and my own self-employment, of even considering the possibility. Way back in March, our local school board pushed the decision upon us, forcing us, for reasons unknown, to verify whether or not we were doing in-person or online schooling for our two. It didn’t make sense as a push; apparently ours was the only school board in the province pushing such an arbitrary deadline, suggesting it was less the province mandating such than I might have originally gathered [during this time, I even appeared online as part of a CBC article complaining about such]. We certainly didn’t know anything, way back in March, about vaccine rollouts, or whether schools would be safe, or teachers and other staff mandated to receive the vaccine. This was also well before the Delta Variant reared its ugly head, pushing the bulk of the hospitalizations, from what I understand, and all driven by those who have refused to vaccinate. How can I send our wee two into such a mess? I mean, if they were a bit older and had more awareness of self-protection, it might have shifted some of our decision, but they seem far too young for such a thing. 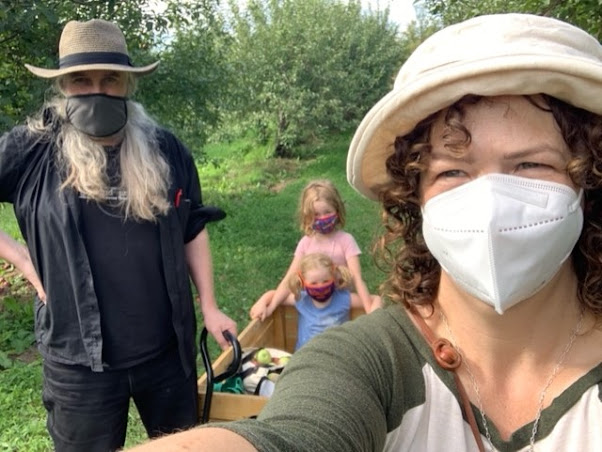 And as we did last year, I take co-lifeguarding (which is predominantly keeping an eye on Aoife, but also being aware that Rose is attentive and not just school-inattentively producing crafts or comic books) in the mornings—getting their breakfast and making sure they get dressed prior to their 9am set-up time, remaining by Aoife’s side until time for their lunch prep; after lunch, Christine takes over for their noonish return to classes, and sits (as part of her own lunch break) for their afternoon, the bulk of which is done by 1:45pm. This school year has an extra “period” for Rose, from 2:30-3:30pm, but once she’s put into her class, she doesn’t require the same level of attention (although Aoife often gets bored, and can often seek either activity or snacks). Sometimes, once Rose is finished, we’ve even managed to get outside for the occasional family walk. And didn’t we pick apples recently? 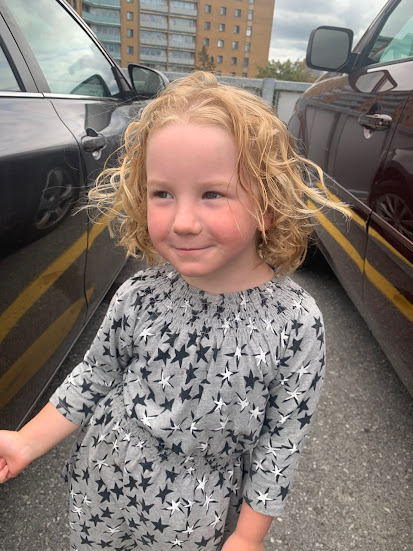 On Tuesday afternoons, Aoife is even doing a session of forest school: small, outdoor groups fully masked. Rose had the option of same, but her age group would have meant a full day, which we didn’t want to pull her from school over. And she didn’t want to do it this time around, either (she’s been doing forest school since kindergarten: learning about mud, sticks, rocks, frogs, plants, trees and other outdoorisms).

We have been socially-distanced social interacting very carefully, albeit only with fully-vaccinated others. The possibility of our two having access to the same soon seems quite good, and makes me hopeful for what might be possible come spring. Might the world be open up again by then?

We do worry a bit about their social interactions, although the counterpoint might also be that the lack of social interaction but for each other might provide them with more confidence to retain and remain their strange-little-selves. Again, we are aware of how fortunate we are, with a fenced-in yard, a suburban-sized (albeit book-filled) house, and the fact that they play together remarkably well. They are still self-maintaining numerous of their extra-curricular activities, from Rose burning through self-directed craft projects, or actually following directions for Lego projects to Aoife’s adherence to a variety of learning games, either on her tablet or on her laptop (we do have to remind her to get off the damned things occasionally). And it does seem odd (and amusing) that both children appear to understand the tech requirements far better than a couple of their teachers (Aoife has been running circles around one of them). 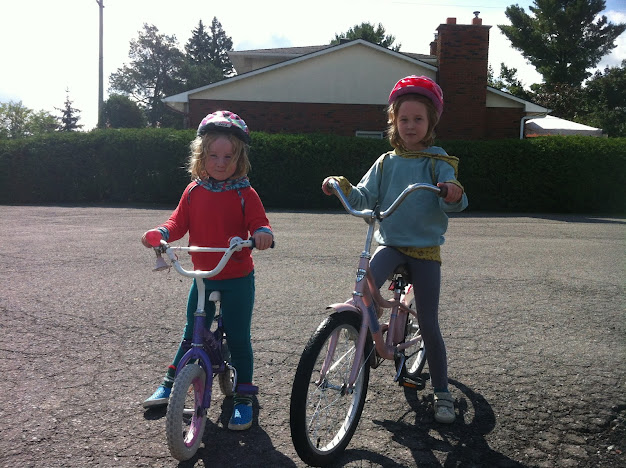 Across the summer, we were able to get some time in Picton to visit father-in-law (with the wee monsters spending the length and breadth of such in the pool), and a weekend at mother-in-law’s cottage at Sainte-Adele. The young ladies even did two sessions of (masked, small group) bike camp, which shifted Aoife from a nervous pre-biker to a fully confident rider. Either way, even if we’re worried more than we should be, we wouldn’t feel comfortable doing anything else. We would like our children not to get sick, please (or even the stress we’re aware of upon other families, the back-and-forth between school and home if anyone has as much as a sniffle). We are home, everyone is home, we are here. Our schedule remains.
Posted by rob mclennan at 8:31 AM
Labels: Aoife McLennan, Christine McNair, Rose McLennan