Wendy Xu, The Past

We don’t remember how we got here, so have woven a beautiful story of
replacement
You mispronounce my sacred name, always in front of others, there it goes
A fine white mist where once it held space for me
I didn’t write for the longest time because you were speaking for me
You had so many eyes trained on you, I wanted them only on me
In order for me to work towards an undoing of my condition, I must know the
characteristics of my condition
In order for me to know the characteristics of my condition, I must not be made
to feel alone in my perception of them
You are and have always been subject to randomness
Accept it (“A SOUND NOT UNLIKE A BELL”) 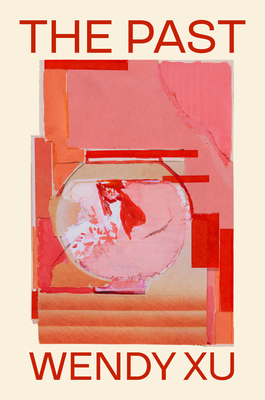 New York poet Wendy Xu’s third book-length poetry title is The Past (Wesleyan University Press, 2021), following You Are Not Dead (Cleveland State University Press Center, 2013) and Phrasis (Albany NY: Fence Books, 2017) [see my review of such here]. The Past is a book that frames itself around personal histories, attempting to reconcile her two poles of being, belonging and identity, as the back cover offers: “Born in Shandong, China, in 1987, Wendy Xu immigrated to the United States in 1989, three days ahead of the events of Tiananmen Square. The Past probes the multi-generational binds of family, displacement, and immigration as an ongoing psychic experience without end. Moving spontaneously between lyric, fragment, prose, and subversions in ‘traditional’ Chinese forms, the book culminates in a centerpiece series of ‘Tiananmen Sonnets’ to conjure up the irrepressible past, and ultimately imagine a new kind of poem: at once code and confession.”

“I did wrong by all ideas of nation,” she writes, to open the poem “NAMES OF THE RIVER,” “haunted / by the after- / life of speech, public acts wagging / their dutiful tails [.]” Through The Past, Xu articulates a space that sits between two sides that often feel in conflict, or at least in opposition: how to be in and of two cultures, simultaneously. “The opening to another country was always inside / my father’s mind,” she offers, to open “POEM ABOUT MY LIFE,” “in many forms, in dreams: green swords // swirling in a winter mist, colorful moths, sometimes / a molar falling out, porcelain clattering onto the table // like a single rung chime.” She writes of how these histories, these particular elements of the past, can’t help but impact the present. “In our language the sweetness / of sugar mirrors heaven,” she offers, to open “TWENTY-FIRST CENTURY WORDS,” but the tonal edge / slopes up gently, there and away / from my small attempts at public- / facing speech.” She writes of how such aggressions, micro and otherwise, and their ongoing attempt to reduce her to a foreign entity, even as she explores a poetry that articulates her present as a whole and singular entity out of multiple, complex and moving parts. “There was nothing / inelegant to say,” she writes, to close the same poem, “not a wound nor / opening to make, just the lowly / murmur of a threat hung quietly / between us. Impossible to the tongue, / I know. For the eye alone.” Xu works to articulate a conversation around history, one that is attached to her family’s country and culture; a conversation that wouldn’t be allowed had she and her family remained where they are; an examination that wouldn’t have been possible, even to research or examine as an archive. As she opens her “TIANANMEN SONNETS,” which are “built to evade algorithmic censorship / of the numbers 6, 4, 89, / and other references to _______”:

Dead air in air
The anniversary of language
holds you back against
bucolic dreaming, down stream
from here is running
a miraculous color, elegy

bursts like a ribbon in air
Thinking again of the Square today
Bold sky, passing episodes of cloud
Vegetation mutters in the Far West

There is something interesting in the ways she structures her stanzas, accumulating a structure not of lyric phrases or sentences but of thoughts set as individual stanzas. A four stanza poem, for example, holds four distinct articulations, allowing the poem as a whole to exist as the articulation of these four ideas in succession. The last two stanzas of the four-stanza “LINEAR TRAVEL,” for example, reads:

You honor me with your ongoing fearlessness, careful not to discolor what you believe in with too many examples. When they come for you, conspire first and most attentively with your dead, make faithful note of every imagined assertion of self in hostile spaces.

When the self cracked open there inside was a sentence cracking in tandem. Tell them there was a song in you then.

She composes poems-as-scenes, painting particular portraits of a combination of a scene and a particular moment, such as the three-stanza “A POEM ON MY MOTHER’S BIRTHDAY,” the middle stanza of which reads:

Uncle has passed, and Uncle before him, Uncle of the wind tipping baskets of squash blossoms from the balcony’s ledge, blossoms on the neighbor’s patchwork roof, lifting with summer air, without regard for melancholy, for death which follows speech but does not undo it, for the chlorine that crept into Uncle’s bones and stayed, greening there.

Xu’s poems are very much propelled by motion, however her lines are spaced or rhythmed; her poems are kinetic, sharp and so fast moving her lines appear still, akin to rushing water. The ending to “POEM ABOUT MY LIFE,” for example, allows the rush and flow of her continued thought, picking up speed as her lyrics unfold: “When as a teenager I borrowed the rusted Nissan, / drove it through a field and returned it to him with sudden // blue flowers tucked into its mouth. The bluest one / he saved. The wind that made those dull trees sing, blowing in // from the future. Somewhere my father has never been.”