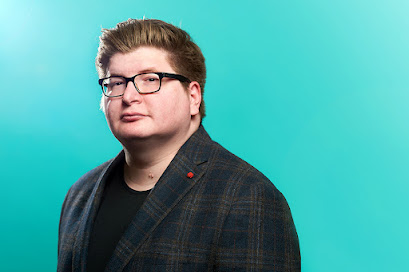 Dallas Hunt is Cree and a member of Wapsewsipi (Swan River First Nation) in Treaty Eight territory in northern Alberta. He has had creative worked published in Contemporary Verse 2, Prairie Fire, PRISM international and Arc Poetry. His first children’s book, Awâsis and the World-famous Bannock, was published through Highwater Press in 2018, and was nominated for several awards. His poetry debut, Creeland, appeared earlier this year with Nightwood Editions. Hunt is an assistant professor of Indigenous literatures at the University of British Columbia.

My first book was concerned with the Cree language, and so really the intent there was language revitalization / retention, especially among young people. When I see young people reading it, or a library or school sends a video / photo along to me of little ones reading it and making bannock, it really means a lot. That said, that work had a particular pedagogical purpose, whereas this book of poetry is much more personal and vulnerable. No one will be making bannock, essentially.

I’ve actually published fiction before, but I found poetry to be a much better medium for what I wanted to communicate. I also think the politics of poetics can feel much more immediate at times and that resonates with me as well – we don’t have a lot of time to make this world a better place.

Mostly they dictate when they begin. An idea or image will come to me and I will pursue it until I have something concrete with which to work. The frustrating part is that there is no consistency, so sometimes a work can be completed in 15 minutes (and feels complete), and other times it will take days. I’ll usually write emails to myself or look to the notes section of my iphone. Inspiration is everywhere!

My upcoming collection, CREELAND, feels a bit like a mixtape. It’s a collection of poems I’ve been writing over the years. While I do think it’s very thematic in nature, that certainly wasn’t the approach from the start.

I love doing readings, but public readings don’t really factor into my writing process all that much. I’m actually a bit skeptical of readings wherein someone exits a room and then yells their poem back into the room at an audience – I just wonder a bit about substance here (and this is almost uniformly done by white men in beanies with beards, so I’m just a bit resistant to it). This might be a bit unfair, but I guess I just generally don’t care.

Yes, my poetry is concerned with Indigenous aesthetics and Indigenous lifeworlds. Not only that, but I’ve invested in the everyday terrains of Cree economies of care, and so reach a variety of different Indigenous theory, affective theory, etc to try and get at those issues. I’m also concerned with the productive quality (in terms of producing new legal orders) of settler colonialism and its general aim to eliminate Indigenous peoples to replace them. In short, the question for me is colonialism and how we dismantle it, in a local and global sense.

I’m not entirely too sure. I think people write for entirely different purposes and audiences. I think the idea of a “public intellectual” has always been quite overblown and romanticized – and to be honest, a lot of the public intellectuals that circulate right now are grotesque (a certain psychologist with the first name Jordan comes to mind here). In short, I think writers do important work, but there’s this idea that they are always in relation to readers and audiences in a way that is sometimes construed through the notion of debt, which should make everyone uncomfortable.

I think it’s essential. I’ve received invaluable feedback from editors at the academic level, as well as writing poetry and children’s books. The less precious you are about your writing, the more you’ll take in those (mostly generative) edits. That said, there has been a long history of white settler editors distorting the work of Indigenous peoples, so I think we have to diligent as well. Indigenous writers know this.

Here’s a few lines that have stuck with me: “The only way out is through,” “just get started,” “this is not the hill to die on.” A lot of them might be cliches but they’re still true.

10 - How easy has it been for you to move between genres (poetry to short stories to the novel)? What do you see as the appeal?

I really just write whatever comes to me at a given time. Short stories I think paved the way for poetry in that I found I could be more economical in terms of words, spacing, and what I wanted to say generally. In terms of Children’s literature, I came to have a deep appreciation for how the words interact with the images on the page. Believe me, it’s a lot harder than you think, and we should all pay illustrators accordingly.

I’m a professor, so that’s my primary job, which includes writing but in a different vein. I mostly write creatively either late at night or early in the morning. I wake up, have coffee, and see where I’m at in a writing sense – most of this is dictated by the emails I have to write that day as well.

I read. Usually things that inspire me. I’m a big fan of the work of Saidiya Hartman and usually if I read her devastating piece in small axe it reminds me how we can approach incredibly difficult work generously, generatively and in a good way.

I listen to a lot of music when I write. That said, in the collection I have a poem based off a portrait by Annie Pootoogook. As I said above, inspiration is everywhere.

Criticism and theory, really. I read a lot of that stuff. But I am also deeply inspired by the current community of Indigenous writers. There is so much great Indigenous writing out there – I encourage people to check it out!

Academia, really. And when I was growing up writing was something I excelled at (or at least was given good grades for). Now I find it cathartic at times (but, also, the opposite), but really I just write cause it makes me feel swell.

Okay, I love this question. Let’s see. I think the last book I read that really moved me was Brandi Bird’s chapbook I Am Still Too Much. I’m teaching currently, so I’ve also been reading a lot of Eden Robinson, Dian Million, among others. The last great film, hmmm. I haven’t been watching as much film as I would like to, but I think the last great film(s) I would have watched would be Portrait of a Lady on Fire and Atlantics. Those would be “newer” films, but I also recently watched Tarkovsky's The Sacrifice and enjoyed it immensely.

A critical manuscript on Indigenous futurities and new poetry, among other things. I have trouble sleeping so I write a lot – you’d think I’d be more productive. Maybe I will be someday.