Dangling in my speech some prosthetic
violence hangs on to the wing
mirror as I turn left, out of the base.
as I drive off the enslaved people recede into the past,
seeding European literary history with their desolate
song. They seem to be getting further away
but they aren’t, they are still hanging there, you can see their tips
in wet acrylic as brilliant as the desert sun.

The author of nearly a dozen full-length poetry and critical titles, including Cut from the Rushes (Hastings UK: Reality Street, 2013) [see my review of such here], American poet Andrea Brady’s latest collection is The Blue Split Compartments (Middletown CT: Wesleyan University Press, 2021). Currently living and teaching in the United Kingdom, Brady’s collection The Blue Split Compartments is a suite of poems around reportage, commentary and news reports, each of which examine a single moment, lyrically turning over each of those moments to catch every aspect before moving onto the next. Brady writes on drones and drone strikes, cycling through a montage of four separate poem-titles throughout: “OPEN,” “CLOSED,” “FROZEN” and “ACTIVATED.” As the second of her “CLOSED” poems reads: “He said he heard my text / in the hall above the consulting rooms / my searching of the holes made by American / surgical and gross violences / in a different light, // as the weaponization of my own past / beating on the things I had been called to love, / the structures and the people inside them.” As she writes to open her “NOTES ON THE TEXT” at the end of the collection:

The Blue Split Compartments is a suite of poems for the drone age. It inhabits a variety of compartments: the remote split operations in which control of the drone is transferred from local crews to pilots in shipping containers in the Nevada desert; the compartmentalized or split psyches which allows soldiers to commute to war from the suburbs; the colony as what Frantz Fanon called a “world divided into compartments,” its zones for settler and “native” occupation strictly policed; the patrolled blue skies which victims fear more than cloud; blue-on-blue friendly fire; and the tactical innovation known as “kill boxes,” which can also be blue (meaning air-to-surface fire is authorized), and which give the poems their individual titles.
Whereas sites of military engagement have traditionally been conceptualized in two dimensions – fronts – the kill box is a three-dimensional space, which is “used to facilitate the integration of joint fires.” The kill box is the temporary opening of a site of exception, where lethal force is permitted, without the requirement for further authorization from commanders. It can be opened, activated, frozen, and closed. From the beginning I have been thinking of the kill box also as a poem. 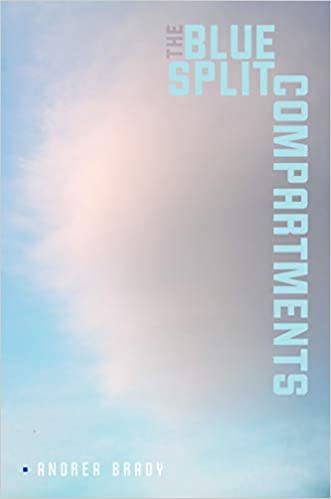 I’ve seen numerous titles over the years of poems exploring ideas of war, from the more abstract to the deeply specific, but this might be the first deep exploration on and around the use of drones for military purposes, specifically the use of drone tech during the Obama era. In her “NOTES ON THE TEXT” at the back of the collection, she is quite thorough in detailing her arguments, interests and explorations through such a project. Citing American president Barack Obama specifically, she offers: “One reason for his ‘kill rather than capture’ program, some critics have said, was that Obama’s unfulfilled commitment to closing the Guantánamo Bay prison camp meant he could no longer deposit the state’s enemies there. So he killed them instead.” Through her book-length suite, Brady compartmentalizes each thought, action and idea into a tightly-bound lyric, accumulating her montage into a suite of direct responses. Composed with a lyric density and narrative straightfowradness, she explores the possibilities and implications, both immediately and culturally, of sanctioned death from such a distance, dismantling the arguments and abuses of power, and the capacity of potential actions. “We shut our eyes,” she writes, to open one of her “FROZEN” poems, “hide under our scarves, put our hands over our ears. / Even when you don’t see them, you can hear them, / you know they are there. / They are all over my brain, I can’t sleep. / There is nothing anyone can give us / that makes it better.”