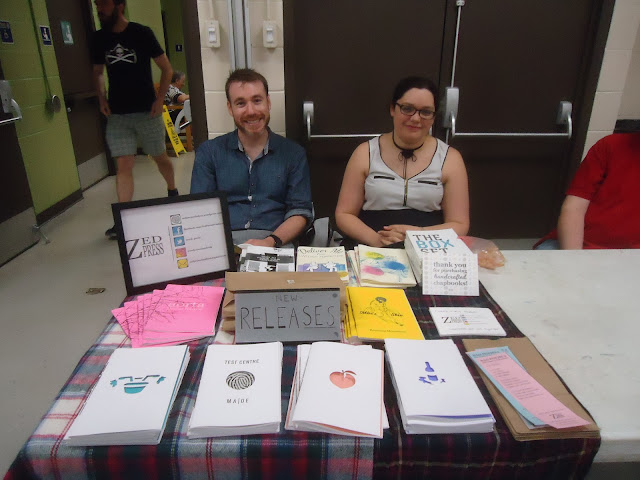 See the first of my notes from our most recent fair here.

Windsor/Toronto ON: The second chapbook by Toronto poet and self-professed “peach enthusiast” Terrence Abrahams is the peach poems (Windsor ON: Zed Press, 2019), a chapbook preceded by a wish (Penrose Press), and to be followed, according to his author bio, by “a forthcoming collection of prose poems, published with baseline press.” the peach poems is an assemblage of confident lyric hesitations, halting and exploratory, furthering the line and the line-break in tandem, through prose poems and the more traditional shapes of the lyric poem. These poems are physical, and subtle, yet striking in their posture, even amid uncertainty. “Your language was one I couldn’t speak yet,” Abraham writes, in the prose poem “May,” continuing “and yet I could / see it all over your body.”

of yours, worrying over
what hands might find you

when my hands
leave yours

nearby the dog
is sniffing out rabbits

In a recent interview with Abrahams on Train: a poetry journal I found this bit particularly interesting, as he said:

I only recently read something Mary Oliver wrote in her essay collection, Upstream. She said, “attention is the beginning of devotion.” If that’s the case, I’ve been beginning my whole life, and I don’t plan on stopping. That keeps me going. 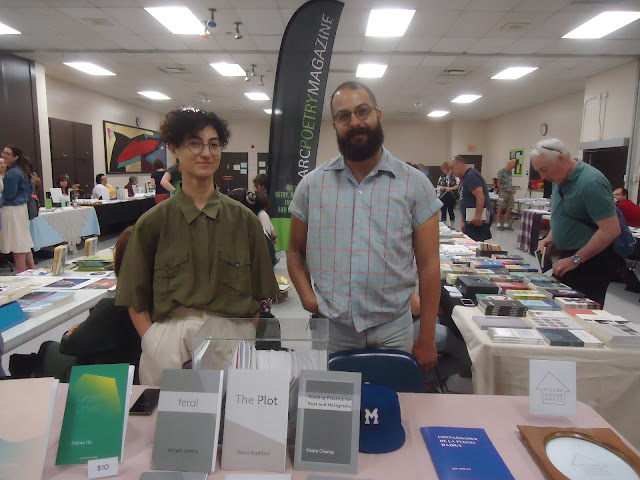 Montreal QC: From Anahita Jamali Rad and David Bradford’s House House Press [see their “12 or 20 questions” on the press here] is Stacey Ho’s Green Lines (2019), a chapbook consisting of the fourteen-part essay, the “Anti-Invasion Ecologies,” as well as “HOW TO DRAW A LINE,” a pair of lyric essays on ecology, refugees and metaphor, and how language is used to describe the migration of plant and human. As they write: “Sometimes the cultural categories that divide plant and humans dissolve to form a single class called foreign. This is a minority world anxiety evidenced in all forms of cultural production.” As the opening to the essay “Anti-Invasion Ecologies” reads:

This past summer I was trying out this art experiment which was roughly focused on land-based and intersectional feminist art practices. It happened on Mayne Island, Coast Salish Territories.

We were camping on a site that had previously been an old mill and informal dumpsite, which was in the process of remediation by its current inhabitants. Responding to aspects of this environment that had been impacted by humans, Syr Reifsteck dyed paper using materials introduced to the site through human intervention: rusty bits of metal dumped on site with Scotch broom and Himalayan blackberry, two plants often considered invasive to the region. Megan Gerbrandt pulled metal, broken glass, and garbage out of the ground, marking objects with protective symbols to create an installation that led into the forest. Seeking to “unsettle” so-called invasive species, Anthony Meza-Wilson broke down specimens of Scotch broom, separating the plant into pods, leaves, and stems to mirror colonial practices of deconstruction and classification.

I often overheard participants express their distaste for invasives,” whereas I’d always felt a deep affinity for such hardy, weedy plants. 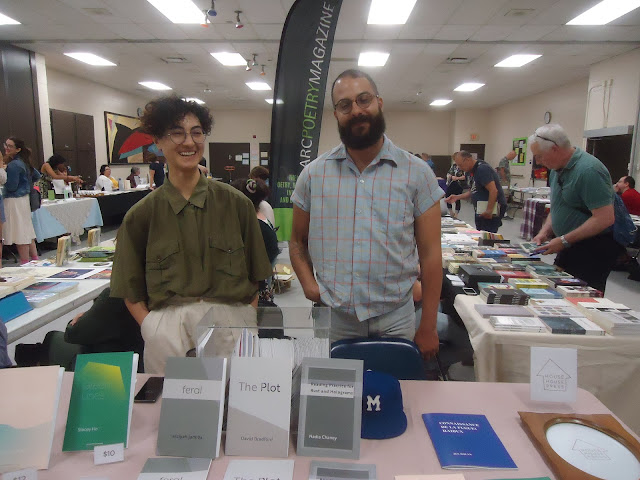