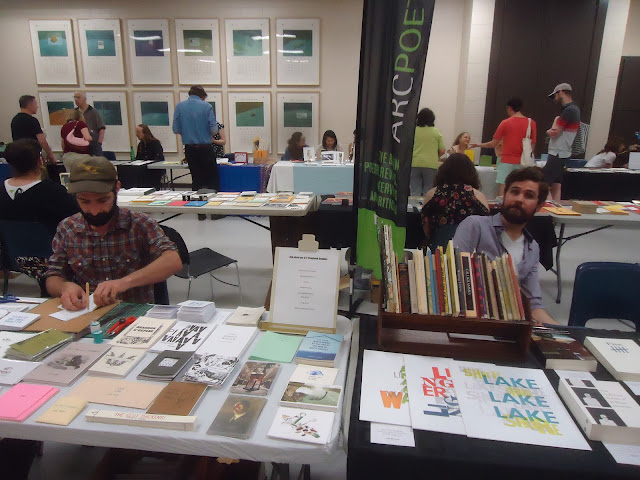 Happy Canada Day! I’ve been on the farm all weekend caregiving my pa, so here are some notes I put together on some of the items I collected as part of our most recent edition of the ottawa small press book fair (can you believe the event will be twenty-five years old this fall?).

Oh, and did I mention Christine heads off to Sage Hill tomorrow for ten days? Working to get some heavy lifting done on that third manuscript (after our trip last fall for the sake of her research, that saw her a couple of days in the British Library; remember that?). It also means me solo with the kids for ten days, which should most likely be fine (and I’ll watch a bunch of nighttime teevee that she hates, obviously).

Ottawa/Paris ON: Once again, Ottawa poet and Apt. 9 Press publisher Cameron Anstee furthers a conversation about great writing through archival materials, through Nelson Ball’s A Letter to Amanda Bernstein and a Checklist of Weed/Flower Press (Apt. 9 Press, 2019), a small collection produced in a numbered first edition of one hundred copies. A legendary poet, publisher, editor and bookseller, Nelson Ball ran the infamous Weed/Flower Press from 1965 to 1973, and this small collection is centred around Amanda J. Bernstein, Rare Books Librarian, University of Sheffield, England, who was working to purchase and catalogue the Weed/Flower collection, and asked Ball some questions around the press, its origins and how it worked. As Anstee writes in his introduction:

One of the most remarkable features of this latest phase of Nelson Ball’s career—and perhaps most exciting, next to his prolific output of new poetry—has been his newfound willingness to make public statements on his life and work. During his multi-faceted career, Ball has been resistant to offering public self-assessment. He has rarely given public readings or interviews and he does not write essays—personal or critical—preferring to let his work speak for itself. This restraint is admirable, but for long-time readers and followers of his small press efforts, it has left a vacuum. What does he think about his poetry, or about poetry generally? What drove him as an editor and publisher? What does he see as the role of the bookseller?

For someone such as myself, interested in poetry and publishing, the history of small press generally and Nelson Ball specifically, this collection is absolute gold: beautifully produced, gracefully compiled and rich with new commentary from Ball on numerous elements of his Weed/Flower Press, and by Cameron Anstee, who has been quietly and methodically spending his attention on that which might otherwise have been completely lost. As Ball writes: “This is my sole attempt to write about Weed/Flower Press (WFP).” And that, itself, is stunning. Toward the opening of his letter, Ball continues:

It’s difficult for me to assess what influence WFP may have had, or to separate the influence of WFP from that of my own poetry. Until I joined the Internet in the year 2000, I was largely unaware that I or my press had been of any influence, except for enthusiasm shown by John Curry and Stuart Ross. I’m now aware of having influenced a wider group of young writers.

Here is the first entry, for example, in Ball’s “Commentary on the Books and Authors”:

Ball, Nelson. Room of Clocks: poems (1964-65). Kitchener, weed/flower press. 1965.
Barbara and I eloped and married in a civil ceremony in Ottawa (distant from Toronto, in order our relatives not learn of this because we were both still students). We married in January 1965. We stayed at Bill Hawkins’ house but it got too cold, so he passed us on to his artist friend Christopher Wells and his wife Peg who had a warmer house. We asked no one to accompany us to the ceremony (Magistrate’s Court located in Ottawa’s No. 1 Police Station building) because we regarded this as nothing more than paper work. We had agreed to stay together for five years and then reassess our relationship. Barbara and I celebrated by having supper at a Honeydew Restaurant (a chain of very middle class eateries). I told Barbara during supper of my idea of starting a low cost poetry press using a Gestetner stencil duplicator to publish a magazine and chapbooks. My plan was to get commercial printers to print covers while I would print the insides, collate, staple and fold. Barbara liked that idea. I may have already told you that years later she told me that a major reason for marrying me was that I was a poet. She had read and liked my poems in Volume 63 and wanted to meet me. Likewise, I used some of her drawings in Volume 63, and I wanted to meet her. We first met in the Fall of 1964. I kne of precedents for how I planned to publish. Bill Hawkins had shown me mimeographed magazines (Tish and Motion) and books. I had been taught how to use a Gestetner during my early teens when I volunteered to print the weekly events calendar for the church my family attended. I gathered poems for the first issue of Weed during 1965 and decided to print a chapbook of my own poems before the end of the year to get started on this publishing venture. The book looked crude. I determined to do better. 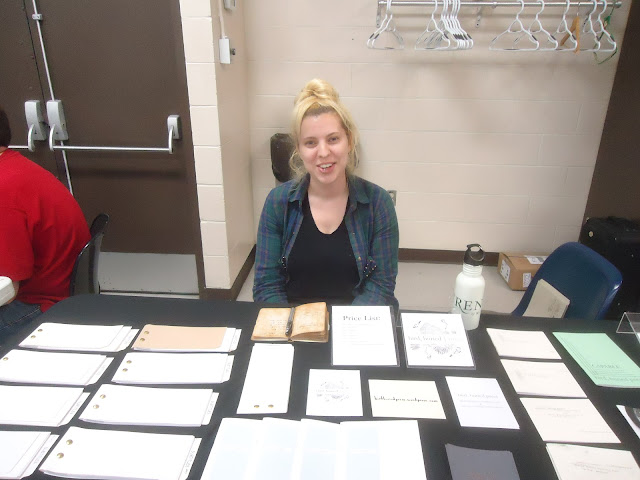 Peterborough ON: As part of the introduction to Peterborough poet Katherine Heigh’s debut, PTBO NSA (Peterborough ON: bird, buried press, 2019), she writes: “This collection consists of found poetry constructed from the titles of local Craigslist ads. The sort of ads from which these poems are constructed no longer exist. In March 2018, after the United States passed the Fight Online Sex Trafficking Act and the Stop Enabling Sex Traffickers Act, Craigslist eliminated all personal ads, including those in the “casual encounters” section. While FOSTA and SESTA are ostensibly included to curtail sex trafficking, many sex workers have spoken out about how such legislation makes their lives tremendously more dangerous. Furthermore, most ads listed in ‘casual encounters’ did not appear to be posted by sex workers or those seeking their services. Many of the casual encounters ads listed in the Peterborough area seemed to have been posted by closeted people, especially those from outlying rural communities.” These are odd little lyrics, crafted from Craigslist ads, composed, one might suspect, as found poems or found lines collaged into poems. Either way, she highlights the lyric throughout these poems, as well as an occasional loneliness throughout; seeking a connection, somehow, through the anonymity of Craigslist. There is something uncomfortable about these poems, given Heigh utilizes the desperation, and potentially the direct language, of anonymous strangers for these pieces; this is something I’m uncertain about, that discomfort, and whether she should even be using such, but that discomfort might entirely be her purpose and point. Either way, with her forthcoming chapbook To the People Who Used to Live Here with Toronto’s Gap Riot Press, I am curious to see where her work is headed.

Crossdresser class is in session for Fleming and Trent.
Cruising the gym, I need help.

Can I borrow your wife’s sexy clothes?