A bird in a plane

Sitting on a park bench is a form of publishing
rather than an endless set of bills resembling
human emotions as like a totally real event
in tangible vials of Significance and maybe, maybe
the public sphere imagines like Humanishment
nourishing out emoticons, our knees in space
tumult a body’s unmistakable exchange
for noises from without, Authentic Circles
wheeling circumambient claps ping
on the ears a Rain of Angels, sand cake
opposition figures crossed by little bodies
stirring forward blessure visibly
squiggling on your eyes tra la
real things to give our cognito! 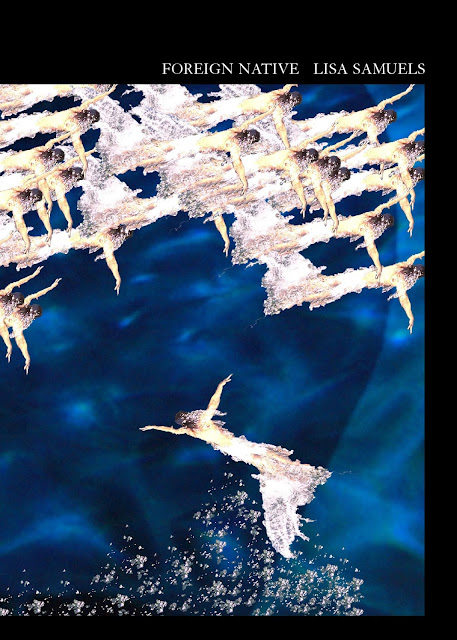 The latest title by Aotearoa/New Zealand poet and American expat Lisa Samuels (apoet who appeared as an issue of above/ground press’ STANZAS some time back, later reprinted in Ground Rules) is Foreign Native (Berkeley CA: Black Radish Books, 2018), a graceful collection of short lyrics on power, conflict and the spaces amid and between language. “Culture is a fog sewn on faces,” she writes, in the poem “Shutter,” writing: “touch your cheek and / all the custom / fold our bones to dew [.]” Further on, the poem ends with: “The bodies all lie down / and get back up.” The twenty-six poems in this collection claim and proclaim and explore, writing slant on boundaries of country, geography and language, somehow riding a very fine line of indirect lyric through seemingly direct statement. In a recent post at his Poetry in Process blog, “Lisa Samuels and multiplicity,” Owen Bullock writes:

In an interview with transnational poet Lisa Samuels, she suggests that at the heart of her poetry and her process is a multiplicity of reference and background. When asked by interviewer Jack Ross, in the first issue of the revamped Poetry New Zealand Yearbook, which writers inspire her she answers in terms of categories, and says that she is as likely to be inspired by, “patterns, sounds, place histories, images, philosophy, statistics for a country’s fabric imports, dictionaries, encyclopedias, poetry, experimental drama, strange comics, physics hypotheses, theory, and manifestos,” as writers (41).

One of the foci of her writing is ‘imaginative unknowing’ (46) with the use of fragmented language part of an attempt to make a true representation of our fragmented experience. This point is exemplified by her idea that ‘everything represents’ what she calls the ‘dispersed inexplicable’. An example of that fragmented experience is well worth quoting in full; it forms an inspiring vision and is not unlike a prose poem:

For example, when I am driving across the Harbour Bridge, I am simultaneously walking at the bottom of the ocean water and remembering my body in some other position in a truck and composing fragments of music in the sound part of my mind and thinking about how humans are related to the buildings I can see and wondering how on earth we can evade ideas of possession and thinking about what events have happened that can be traced in the atomic substrates that perfuse this whole geophysical area and feeling my nose’s dryness and blinking my eyes and pondering the number of eyeblinks we’ll have in our lives, etc. (43)