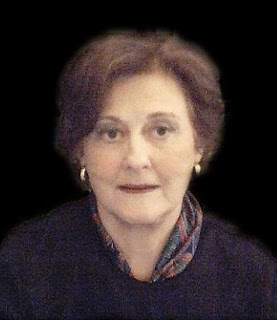 Merna Summers, writer in residence for 1991-1992, is the author of three collections of short stories: The Skating Party, Calling Home, and North of the Battle. Forthcoming is a work of nonfiction called Avalanche of Ash; The Biography of a Volcano, which will be published during the coming year.

A: Good question. It’s hard to remember just how I felt then, because, whatever it was, it has probably been overlaid by what I have felt since, during the years when life got in the way and I wasn’t able – or at least didn’t – do much of the writing that I had hoped to do.

But casting my mind back, I think I felt hopeful, and, if not confident, at least as if I had found a vein of material that I thought I could deal with... and probably that there were other veins that I was eager to explore. I had been extremely lucky in the reception given to my books. In the years when they were coming out, newspapers still gave space to book reviews, which meant that people across the country heard about them and, if the reviews were positive, were apt to follow up by reading them.

This further led to republication in anthologies and to receiving a number of awards, chief among them for me the Marian Engel Award, which was given each year to one Canadian woman writer, not for a specific book, but for her work as a whole. And this in turn probably played some part in me being invited to be a writer in residence at the university.

It grieves me that it would be much harder for a young woman writer starting out today to progress in her career in just this way. Every year has its darlings of the press who are celebrated – and deservedly so – but they are few in number.  The same books are reviewed in newspaper after newspaper – often with the same review being printed over and over – while the majority of books fall by the wayside. There is a tremendous amount of good writing out there that nobody hears about.

But to go back to the question you asked, I probably felt hopeful, and more confident about my work than I would be able to feel if I were emerging today. A beginning writer needs terribly to know that her writing is “okay”, that people have read it and “got” it – maybe even been moved by it – and that she is not just embarrassing herself by baring it to the public eye.

As to how I felt about the opportunity to be a writer in residence, gratified is the word that comes to mind. It was, besides giving me support for a year of writing, a vote of confidence in what I had done so far and might do in the future

A: Embarrassing question. The main thing that I was working on while I was there was a novel, at that time called “A Whole Bunch of Us Angels,” which is still not finished (although it has been renamed.)

I have not abandoned it. Other projects have intervened. At the moment I am working on a non-fiction (not the creative variety) book called “Avalanche of Ash: The Biography of a Volcano.” I am hoping to get it finished this winter and go back to the novel, hundreds of pages of which already exist.

I believe that the novel was pretty well underway before I started my stint as writer in residence, and that I kept plugging away on it while I was there. It is a matter of some shame for me that it still remains unfinished. I almost don't know how that happened. I believe that I also wrote a longish short story while there.

Part of what I remember from that year was the stimulation of conversations with certain writers. I remember a visit by Robert Bringhurst, when I first heard him read from the book which would become “A Story as Sharp as a Knife”... an unforgettable experience. Of course I knew some of the writers on faculty before I did my year there, but it was both pleasant and idea-provoking to see people like Greg Hollingshead and Rudy Wiebe on an almost daily basis. I think that writers need contact with other writers – at least this writer does – and it is one of the great benefits of the residency program that this contact is pretty well asssured.

A: Sorry, rob, but I can’t remember if I thought about that at all, although I may have done. I had fairly recently had three- or four-month residencies at public libraries in St. Albert and Winnipeg, and I can surmise that I might have thought that I was having a lucky streak, but I really can’t remember.

I do remember that when I learned that the job came with a book allowance, I thought that was pretty nifty.

A: That would be hard to say. It seems to me that most of the things that have  an impact on my work come about almost by chance. I read something – usually it is something that I read – and a light goes on and there is a tiny tectonic shift. I have just now finished reading collections of essays by Jane Hirschfield and Robert Hass that feel as if they might (I hope!) have some impact on my work, but I will not know that until I see it come out of my pen.

I will say that I think that any editing or mentorship job makes one a more conscious writer. In the process of talking with a writer about his or her story and what it might need – either in terms of further developing its potential, or of streamlining its presentation – one is forced to articulate strategies that might help. Just articulating these things tends to make one more aware than one already was of the many, many ways there are of doing almost anything.

Posted by rob mclennan at 8:31 AM
Labels: interview, Merna Summers, University of Alberta