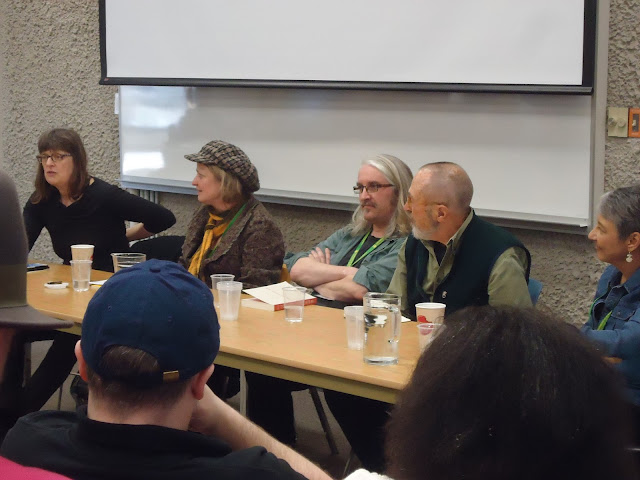 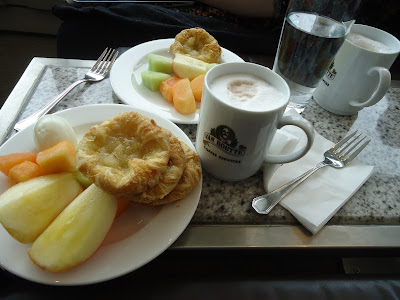 Recently, Christine and I were in Edmonton as part of my participation in the fortieth anniversary of the writer-in-residence program at the University of Alberta (I was writer-in-residence during the 2007-2008 academic year), with numerous readings, panels and gatherings both formal and informal, organized by a small group led by U of A prof Thomas Wharton (who did a stellar job).

Thanks to father-in-law, we were gifted passes to the Air Canada Lounge, which we enjoyed in Toronto in both directions. Oh my. 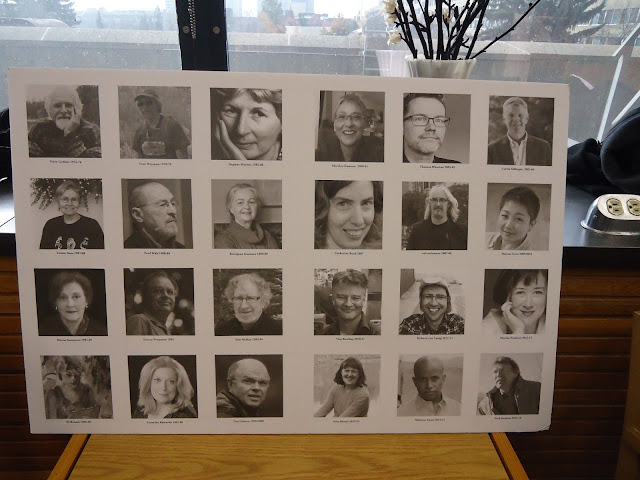 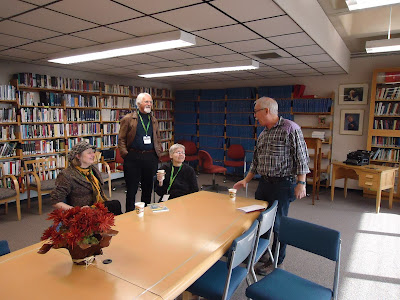 [to the left: on the right of the photo is Sheila Watson's desk, held in the FM Salter Room in U of Alberta's English and Film Studies Department] The list of attendees was impressive: Gary Geddes, Tom Wayman, Daphne Marlatt, Leona Gom, Fred Wah, Kristjana Gunnars, Di Brandt, Marilyn Dumont, Caterina Edwards, Curtis Gillespie, Merna Summers, Trevor Ferguson, Thomas Wharton, Catherine Bush, Tim Bowling, Tim Lilburn, myself, Richard van Camp, Marina Endicott, Don McKay and Erín Moure (and you are reading, of course, my ongoing series of interviews with as many of this list as have agreed?). Originally Fred Stenson was scheduled to participate as well, but, unfortunately, illness managed to knock him out for the exact few days of the event.

Awaiting our second flight to Edmonton during an hour or so in Toronto, we even managed to share the flight with Catherine Bush and Don McKay (who had already been travelling for many hours, given he came in from Newfoundland), able to have some lovely conversation at our shared gate. 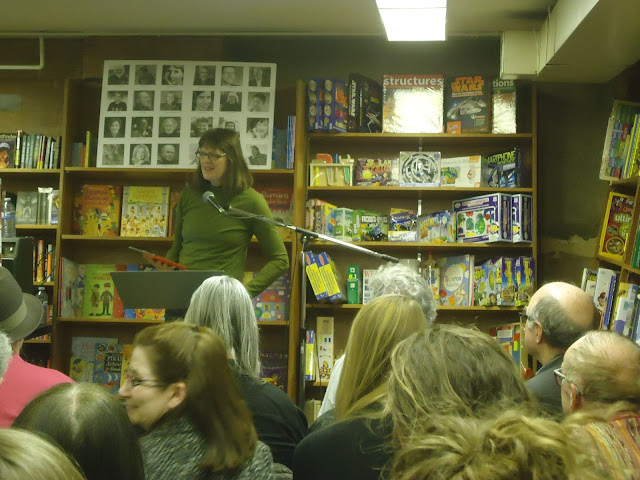 Once we arrived, the events were incredible: spread out over a few days, which allowed for breathing space between, without having to pack every author into a marathon event, which apparently they did at the prior gathering of such, a decade earlier (can you imagine they do this every decade? I am totally going back to Alberta every decade from now on...). Opening night, for example, there was a group reading by more than half a dozen of the list, including Kristjana Gunnars, launching her brand-new above/ground press chapbook (I also produced a new item co-translated by Moure, as well as a chapbook of my short fiction); she was easily the best reader in the set. I'd only heard her read once before, during the year she was writer-in-residence at the University of Ottawa, somewhere around 1992 (back then, I was immersed in her novels; had I understood then what a writer-in-residence did, I really should have attempted to send her some of my writing...). 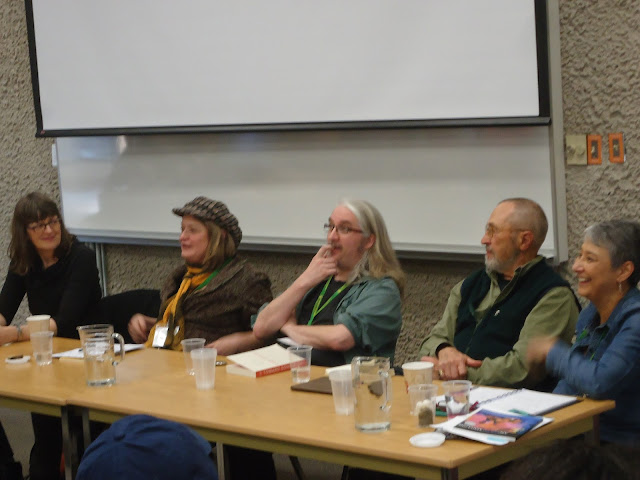 My participation included a panel conversation, the second of a two-panel conversation on what it means to be "engaged." Our panel (moderated by Erín Moure, with myself, Di Brandt, Marilyn Dumont and Fred Wah) responded, in part, to the first panel (moderated by Gary Geddes, with Richard van Camp, Daphne Marlatt and Kristjana Gunnars). What does it mean to be engaged?

Further highlights included: being able to spend time with Marilyn Dumont (brilliant and quite funny), finally meet Richard van Camp (a whirlwind of energy), and generous conversations with Catherine Bush, Tim Lilburn, Don McKay, Di Brandt, Gary Geddes and Tim Bowling; again see Edmonton poets Christine Stewart and Douglas Barbour, and Cathie Crooks and Peter Midgley from the University of Alberta Press, among so many others in and around Edmonton that I haven't seen in moons and moons and moons.

Of course I had envelopes of chapbooks etcetera for every participant, and was pleasantly surprised when a couple of the writers kindly gifted me their books in return: new titles by Di Brandt and Gary Geddes, and Leona Gom's The Collected Poems (Sono Nis Press, 1991). 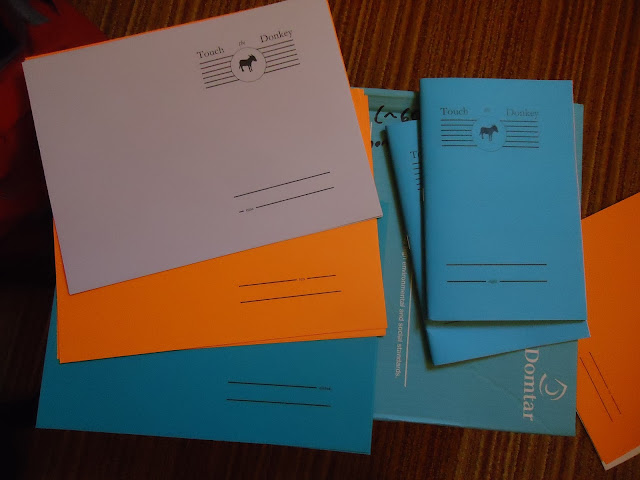 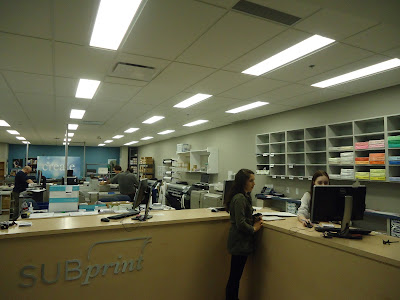 And of course, while there, I took full advantage of the University of Alberta print-shop, with a far larger array of colour options than my local Staples; I produced the covers for the next three issues of Touch the Donkey (but really need to figure out some further options locally).

You don't even want to think about how much I spent, or how much more it cost to mail it all home... 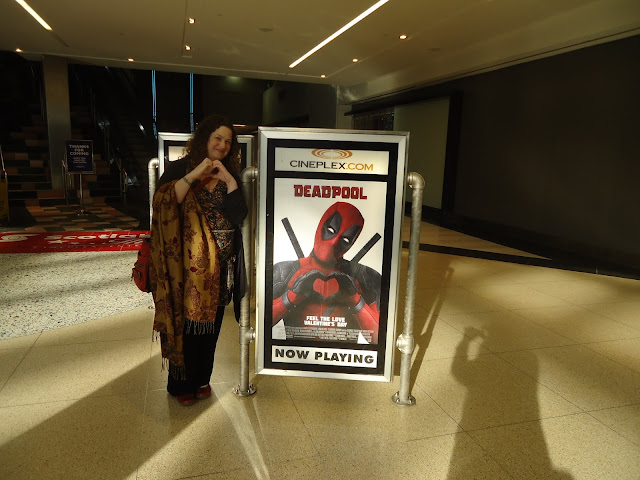 Given the rarity of childcare in our household (mother-in-law was generous enough to watch our wee Rose while we were away), we snuck off to the West Edmonton Mall during our one and only window with which to catch the new Deadpool movie, 11am on Saturday morning (IT WAS COMPLETELY AWESOME!). It also meant that this was our first (apart from a Toronto funeral in January) solo trip since Rose was born, as well as our final trip before the new one appears in a few weeks time. We enjoyed the breath (although, at this point, Christine isn't really sleeping well either way). We wandered the Mall for a bit, a venue Christine hadn't actually experienced prior to this; and an expensive day: twenty-five dollar cab each way. Ugh. But oh so worth it.

I don't even want to talk about how my laptop disappeared from the airplane upon landing (mistakenly picked up by another; it was delivered safe to the hotel by the time we returned from the first evening's events). And it was, somehow, warmer in Edmonton during our time there than it was back in Ottawa (minus sixteen at home, and barely zero in Edmonton; it was like a little spring).

It was very strange to be back in Edmonton after a decade. So much has changed since then, and the whole experience seems so very, very long ago, and yet, I was entirely reshaped by the experience. My time in Edmonton was incredibly productive [see my piece on Sheila Watson's White Pelican, for example], and changed the direction of my thoughts on a multitude of things, from writing to living to simply being in the world. It changed just about everything, and I am enormously grateful. 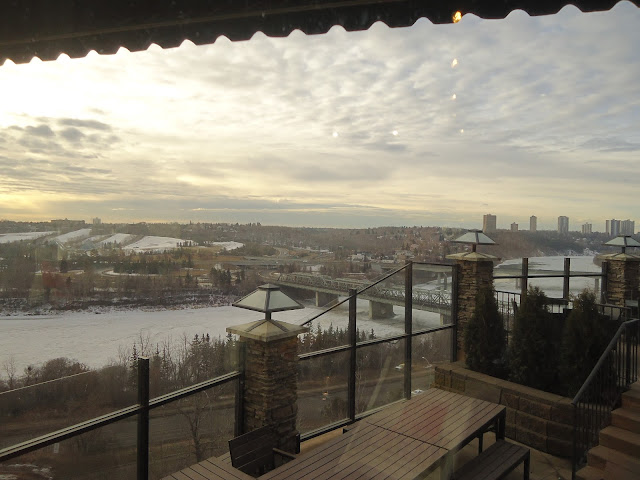 And oh, our view from the hotel breakfast nook, where we had all but one breakfast (we went next door for our final morning, to see what the Fairmont Macdonald had to offer...). The University of Alberta would be across the river valley, but to the far right, just out of the frame...

It was a whirlwind: I wasn't able to show Christine where I'd lived during my year, or introduce her to the HUB Mall or the incredible view from the seventh-floor Grad Lounge in the Student Union Building. I wasn't able to show her The Garneau Pub, where I spent nearly every evening with a mound of books and paper, furiously working. Or even where my office was located. There was always another event we had to get to, or a brief window in which to gather food before the next event. Perhaps in ten years time.

And and: on our Toronto-Ottawa flight, seeing Stephen Brockwell and Gwendolyn Guth, returning from a week-plus of rest in some sunny, southern clime...

Thanks so much for this overview of what most have been a superb event. It took me back to my university of Alberta days, writing and studying with Doug Barbour, Rudy Wiebe, Greg hollingshead, Fred wah, etc. Such a rich environment..didn't fully appreciate it at the time. Many thanks to you..and u of a

Well done. Thanks for documenting this rare event.