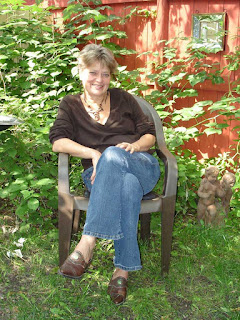 Di Brandt [photo credit: Derek Gunnlaugson] has published more than a dozen books of poetry, fiction, creative essays and literary criticism and has received numerous awards and recognitions for her work. Her first book of poetry, questions i asked my mother, was recently re-issued by Turnstone Press in a 30th anniversary edition, with a tribute essay by Tanis MacDonald. Her other poetry titles include Agnes in the sky; Now You Care; and Walking to Mojacar, with French and Spanish translations by Charles Leblanc and Ari Belathar.

She was writer-in-residence at the University of Alberta during the 1995-96 academic year.

A: I was a single mom and a post-graduate student in English at the University of Manitoba while writing those books. I had recently completed my dissertation, and was in need of a lovely change. The UA residency couldn’t have happened at a better time, it gave me a chance to recuperate and re-organize and re-conceive my poetics which had culminated in numerous public accolades, but now felt in need of renewal. The University of Alberta should get a big award for its beautiful hospitality to guest writers, it’s such a wonderful residency and I felt treated like a queen for a year. It was highly restorative and renewing for me.

A: Well I was coming to Edmonton from Winnipeg, and many people told me I would find Edmonton similar to Winnipeg, and I did. It was an easy transition. There was a similar large supportive literary community, both at the university and in the community, and I knew many of the people quite well already from the literary circuit which was very robust then, through the Writers Union of Canada and League of Canadian Poets especially, which had a lot more funding for gatherings for writers then than it does now. I felt very wonderfully supported there by people like Doug Barbour and Bert Almon and Myrna Kostash and Ted Bishop and Jackie Dumas and many others. And the landscape was also quite similar, though I felt the differences quite acutely. For example, the sunsets in Edmonton were pale orange and grey, when I was used to deep pink and purple in Manitoba. One day I read a poem by Jan Zwicky which lovingly talked about that orange and grey sky, and that really helped me to understand and reconcile to it more too. One of my closest friends in Edmonton was Eunice Scarfe, a Lutheran American Canadian who grew up just south of the Canadian/American border in North Dakota, only an hour’s drive from where I grew up in a Mennonite village in southern Manitoba. She and I spent a lot of fun time debating our similar and different cultural inheritances and current hybrid identities, and she was in many ways the muse for my essay collection that came out a few years later, So this is the world & here I am in it (NeWest Writers as Critics X, ed. Smaro Kamboureli, 2007). More officially that book started as a post-doctoral project supervised by Shirley Neuman, which I began at the University of Alberta right after the Writer In Residency there. So there was lots of Alberta influence in my work ongoingly I’d say.

Q: What was it about your poetics that you thought required a change?

A:  I felt – I think all writers feel this way at certain times – that I had really milked the poetics that I had been exploring very thoroughly and wanted to try something different, but I wasn’t sure how to get there. So relocating and hanging out with a stimulating new community was very helpful for creating a new imaginative space inside me. I think the writing I did after that year was quite different than what came before – Now You Care and Walking to Mojacar and So this is the world & here I am in it are written in quite a different voice than the books that preceded them, more grown up perhaps, more concerned with public space, less connected to the domestic.

A:. I was invited to visit many classes at the University of Alberta, to give readings and talk about my writing. And I had a steady stream of writers wanting to consult about their manuscripts in progress throughout the year, they kept me very busy! And I also taught a few weekend workshops to writing groups in the community.

It’s a great privilege to be able to consult with writers about their works in progress, isn’t it. It’s a tender process, one has to show deep respect for the writer, and the writing, and to read and listen to it with many kinds of attention all at once, hearing what’s already there in a clear way, and what’s still trying to be born, what the larger context is, the intertexts speaking through it, the emergent vision. It’s an awesome responsibility, really, one has to be super sensitive and collaboratively minded in the process.

A: I finished a book during the residency, a collection of creative essays called Dancing Naked: Narrative Strategies for Writing Across Centuries (Mercury 1996). It was great to have the time to finish the manuscript during that lovely year of supported writing time.

My poetry collection Jerusalem, beloved (Turnstone 1995) came out shortly after I arrived in Edmonton. It was launched at Orlando, Jackie Dumas’s wonderful bookstore on Whyte Avenue, and there were many dozens of people there, who gave me and the book a wonderful rousing reception.

Jerusalem, beloved received the CAA National Poetry Prize, and was shortlisted for the Governor General’s Award and the Pat Lowther Award. A sequence of poems from the manuscript was published in The New Quarterly and received a Silver National Magazine Award, achievements that were beautifully and generously acknowledged and celebrated by the English department and the creative writing community there.

I loved living in Edmonton and getting to know the writing community there, very community minded, very engaged, very hospitable. And inspiring to me personally. And the university English department there was also a great community to be part of for awhile. And it was great to have a salary and not have to scramble like mad to get through the month as I’d had to do for several years prior to that residency. It was really restorative for me in that way.