When Anne writes of desire, she does not write in gender, but rather the lover and the non-lover, the desire and the desired. For her, fear of possession is legitimate; desire splits and splits, gives way to deluge. Is melting a good thing?

In which case, the flood is something that happens to you, upon you. I don’t recall that sensation when I when I was younger; I remember capitalizing on absence, speaking of those other than myself, lowering a risk. It was good, there, to be defined by a man, to be wavering at a grey-lit bar at sixteen, my being confirmed by the sheathe of his palm stitched to the small of my back. that was what my love looked like, Anne. It was not the same for him.

For there to be a flood, there must be a landscape that is flooded, fields to be clogged and relics to be ruined, but I did not have a house, or a landscape. I feared another so wholly that I would become whatever it was they wanted. (“II: Spring”)

New Jersey poet and New York University student Amanda Larson’s book-length debut is the stunning Gut (Oakland CA: Omnidawn, 2021), a lyric triptych writing and examining the aftermath of sexual trauma. “That was how E.’s mind was then,” she writes, early on in the collection, “and remains today. / I held onto his goodness for so long. It blew up in the / presence of the man who did those things to me, magnified / as a microscopic image, a cell giving way to a deranged / shield of white on the pupil, and with my hands erratic / around the zooming knob; I looked, and drowned.” Set in suite-sections “II: Spring,” “III: Summer” and “I: Fall (Timeline),” Gut is a book of accumulations, a lyric chain-length of interconnected, sequential prose poems interspersed with occasional breaks of rhetorical question-and-answer sessions, akin to a Greek Chorus within the bounds of her examination.

Q: The night of, the televisions broadcasted a story of the fires in California. The leaves and the branches appeared on fire, culminating in the trunk, the forest, and then an entire town.
Can you only be annihilated once?

A burn is a singular event, manifested on the flesh; its change is linear and permanent. The image of the fire recurs, a constant. 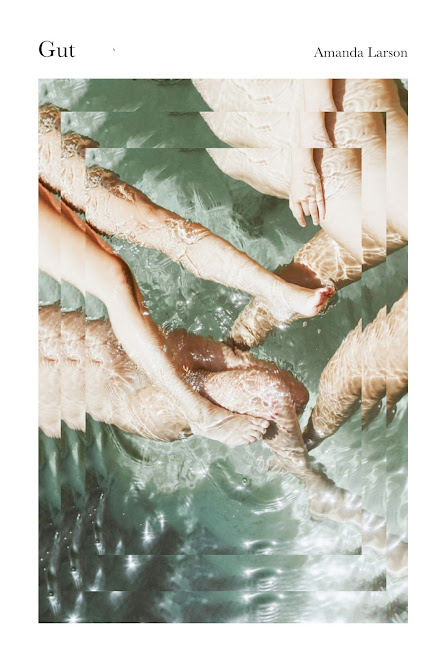 The questions, as much as to anyone, turn back to herself, and the possibilities of how one endures, and begins to move beyond such an experience, one that is held as an impossible point. “That is to say: I would function under certain deliberateness,” she writes, “a type that I could remember and understand. I would not have called E. at 5:30 in the morning after another man had tried to rape me. I would not have done it regardless of the sky, how it was then, the color of a bloodied gum.” Composed as lyric elegy/essay, Gut dismantles and interrogates the direct experience and aftermath of her assault, writing a philosophical approach to violence, articulating it, and seeking to open the mind after and potentially beyond trauma. Composed as the opposite of silence, the poems here are startling, even shocking, writing a violence not described but experienced. Gut is composed as an interrogation, including of herself, that refuses doubt, self-recriminating or guilt, but seeks to turn over and across a series of questions for the sake of an astonishing clarity. “I knew I was going to do it before I did it.” she writes. “How badly I wanted some part of me to be understood as decadent, / or unforgivable.”

Posted by rob mclennan at 8:31 AM
Labels: Amanda Larson, Omnidawn