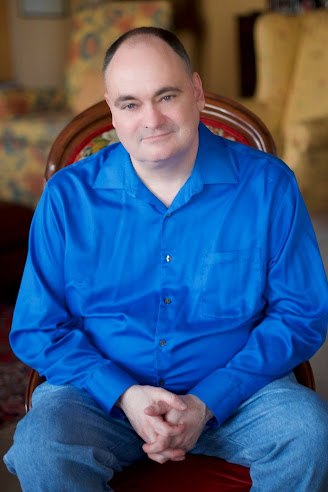 Other publication credits include: Spadina Literary Review; Tamaracks; and Tending the Fire, released last spring by the League of Canadian Poets.

His first full collection, The Other Life, is newly released by Mosaic Press.

Scarborough Songs legitimized my decades-long dream of being a writer. I am extremely grateful to Luciano Iacobelli of Lyricalmyrical Press for giving me that opportunity, especially since nobody else would have touched me with a ten-foot pole at that point. The Other Life is when I became an author. When Howard Aster and Mosaic Press accepted my work, it was a rite of passage. It took me several years and many attempts to get it right. I hope my next full collection doesn’t take as long, but if so, it will be worth it. It’s about being more professional, more complete, in something I have always been passionate about.

I wrote short stories from a very young age. For the most part, I thought poetry was not cool enough for me to pursue or appreciate, unless it originated from Neil Peart, Muhammad Ali, or King David. However, a poetic sensibility always came through in my stories, my sense of humour, and my viewpoint on life. Poetry became the embodiment of my personal struggle when I was a tweenager, as seen in my piece, “My Father the Poet” (page 40 of The Other Life), and then when I went through profound personal crises in my thirties.

My most recent poem, “Violet”, took me about 20 hours to write. I sometimes get lucky and blessed enough to have this happen, this sort of “struck by lightning” experience. Most of the time, it takes me about 3 weeks to write a poem, or 4 to write two related pieces, or 6 to write a suite. In those 3 or more weeks, there will be sleepless nights, endless revisions, and the feeling that the work is crap and I should give up on it. That’s how I usually realize it’s worthwhile and that I should pursue it. The real challenge is to make those pieces seem as relatively simple as “Violet” was to bring to completion.

I am definitely an author of short pieces with the idea of having them eventually contribute to a larger whole. I have focussed on writing more multi-page poems as I work on my next collection. The poem “Killdeer”, written by Phil Hall, inspired me to not cheat anyone who might want to read my work by feeling the need to cut myself short. I am hoping this spring to write a poem two-thirds as long and half as good as “Killdeer”. If successful, I will be pretty close to having another manuscript to submit.

I love public readings (We met at Pivot). I miss them more than pretty much anything since the pandemic, except perhaps volunteer work. I love the community of like-minded people with a common interest. I love the exchange of ideas. I love the opportunity to share a little piece of myself with an audience. I have curated and hosted many events over the years, I relish being invited to feature at different series, and I get a real kick out of doing open mics from time to time, as well.

I hope to answer the question of how we belong, how we fit in together while being unique. We have become compartmentalized and generalized and also very alone. I think we have these problems more than ever, not just because of Covid, but because of the widening gap between rich and poor, the proliferation of technology, the decreased value of labour. More than ever, there is an emphasis on “us” vs. “them” without really knowing who “us” are, and that we are all one.

It's dangerous, and also limiting, to say artists SHOULD play a role in progressive movements, just as it is dangerous to say artists should NOT play a role in such movements. However, art gives a tremendous opportunity to give a counter-cultural voice, a check and balance on the establishment, and a means to aspire to something better. Poetry which is well constructed, with clarity and depth of thought, but also speaks to everyday people without talking down to them, is the quest for ultimate good, a noble attempt for the human race as a whole to evolve.

I became a better writer and a better man while working with Mick Burrs, God rest his dear soul. Terry Barker kicked my ass and forced me to make The Other Life better. So, both, definitely!

A poem I wrote last year, “Finding Myself”, begins with the following epigram by Lawrence Ferlinghetti: ‘Strive to change the world in such a way that there's no further need to be a dissident.’

I am terrible at keeping a routine. I write when the muse beckons me, when something in the world or inside myself forces me to write as a visceral response. I don’t think there will ever be a time when I am able to work on my writing every day. I guess that means I will never become the best writer I can be.

I read scripture every day. I also keep Poets of Contemporary Canada 1960-1970 and Poetry as Insurgent Art close to my bed, which is almost like reading scripture. When I get stalled, I get really angry until I am not, and then break through the block.

I think as writers, as artists, we have to allow ourselves to be informed and moved by everything, but to keep an internal locus of influence at all times.

I am a People's Poet in the tradition of Souster, Purdy and Acorn. But the activity which forms my ethos as a writer is participating in social-justice-themed community-centered programs. Whether it's serving dinner to folks with insecure housing, or helping people teach themselves to read and write - that's the stuff of poetry!

Get married, have kids, and start a semi-regular reading series.

I want to transition from being a telemarketer to the not-for-profit sector before I am of retirement age. I could never not be a writer; I know because I have tried.

I am really enjoying Poet Warrior by Joy Harjo. I am not sure it is a great book, but it is awakening a certain undefinable awareness which is usually hibernating this time of year. The last truly great book of poetry I read is the Selected Poems of Denise Levertov, an experience I shared with a dear friend through Zoom meetings during the first decade of the pandemic.

I just submitted a chapbook to the Rattle contest. This will be the basis for my next manuscript, which has the working title Worth the Wait.

Patrick Connors is a wonderful poet. I am honoured for having his poetry translated into Farsi and presented it in Persian Radio poetry program.